When Anthony first joined the scout program at a young age, he couldn't quite take the noise or the activity of the other kids. 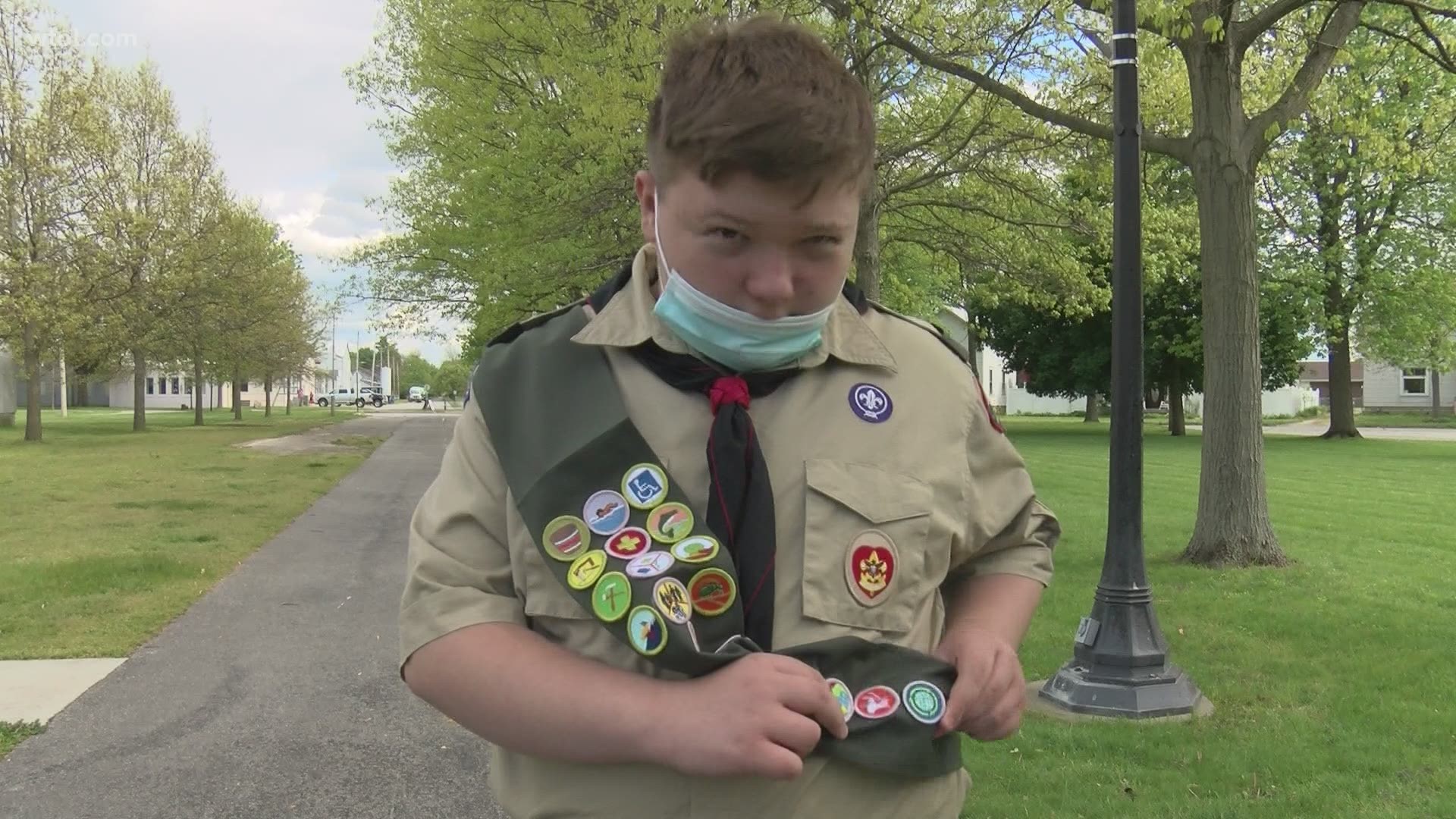 ELMORE, Ohio — 14-year-old Anthony Carter has earned a lot of awards and badges from participating in the scout program. From gardening to cooking, he's gained few life skills.

But unlike many scouts, Anthony has autism, which can make activities like cooking and gardening a little more challenging. His grandpa, Alan Carter Sr., leads BSA Troop 314 out of Elmore and thought the scout program would be good for his grandson.

"It teaches teamwork, how to work together and learn how to deal with the community in different situations and people," explained Alan.

When Anthony first joined the scout program at a young age, he couldn't quite take the noise or the activity of the other kids. But once he saw his two older brothers earn the Eagle Scout rank, he decided to give it another try.

"I thought he could do it! And I was sure he'd have a fun time doing it, I know this was something he really wanted to do after watching all of us do it," said Anthony's oldest brother, Alan Carter III.

In order to achieve the rank of Eagle Scout, each scout must complete a service project.

Anthony decided to install dog waste bins along the North Coast Inland Trail in Elmore, after seeing lots of dog poop while walking his own dog.

"He's a really good kid, and when he wants to get something done, he will get it done," said Anthony's other brother, Aden Carter.

Alan says Anthony's social skill have improved drastically from being in the scout program. Additionally, it's taught other boys in the troop to learn how to not only interact, but also be friends with someone who has autism.

"I'm hoping it inspires other parents to put their kids in it who have disabilities, because it is for all," said Alan Carter Sr.

Anthony will officially become Eagle Scout later this year and once that happens, he's ready for a break.

"After I get my Eagle Scout... I'm done for the year!" Anthony said.