President Trump spoke over the phone with Local 5 shortly before arriving in Des Moines for a campaign rally. 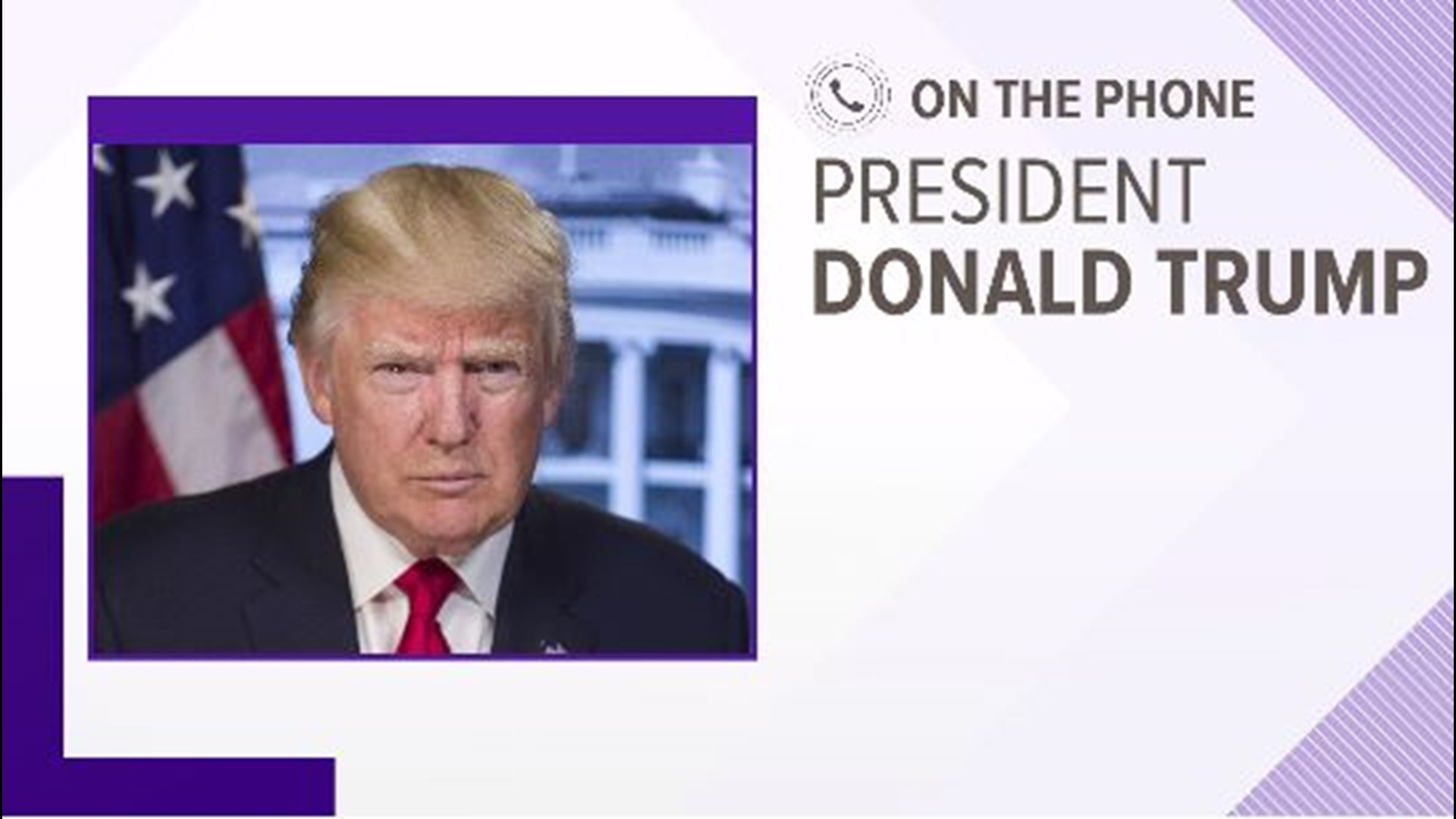 Below are selected excerpts from Local 5's interview with Trump. The full video can be seen in the player above.

Why should Iowans vote for Trump or Joni Ernst?

"Well, I think nobody has done what I've done for the farmer. And for Iowa, when you had the flooding, when you had all of the problems, the bad weather problems, I was there for you so fast. And then when you look at ethanol, I got it."

"As you know, I got it year-round. I got it. And year-round, nobody ever thought that would happen. And then I worked it out."

Are you committed to blending a net 15 billion gallons of biofuels per year for the next four years?

"I'm doing that. And I got rid of the waivers. And by the way, the farmers are thrilled. They're thrilled, nobody else would have done that but me because you know, ethanol is always controversial. But I like it. And I worked with the ethanol people, I worked with Joni Ernst and with Chuck Grassley. Two great people."

"I know Chuck is always in great shape. And I call him unbeatable, and Joni should be unbeatable too because she's done a fantastic job."

Why do you feel students returning to the classroom amid the COVID-19 pandemic is the right move?

"The one thing we have learned is that computer learning is not the same as being in a classroom and we've learned that loud and clear over the last year. So we want to have the students get back. They're young, they're strong, their immune systems are great."

What will you do differently than Joe Biden, and what concerns do you have for Iowans if he is elected?

"All of that stuff will be reinstituted. The estate tax will be put back, there are no estate taxes on these small farms and small businesses anymore because of me. And frankly, the Democrats don't like the farmers. We fight with them all the time. They like the cities, they don't like the farms and we fight with them all the time for money and everything else. And nobody's done for the farmers what I've done. Again, $28 billion from China went to the farmers. And the farmers, if they had a bad season, they end up having a good season because I got them so much money. Nobody else could have done that."

"And we're looking for a lot more success over the next period of time. And we're also making great trade deals like the USMCA. We got rid of the horrible NAFTA deal, now USMCA is just kicking in. So the Democrats don't like farmers, they never have. They've never been good to farmers. Nobody has ever done more for the Farm Belt or farmers than Donald Trump. Not even close."

RELATED: Trump seizes on New York Post Biden-Ukraine story. Here's what it's about.