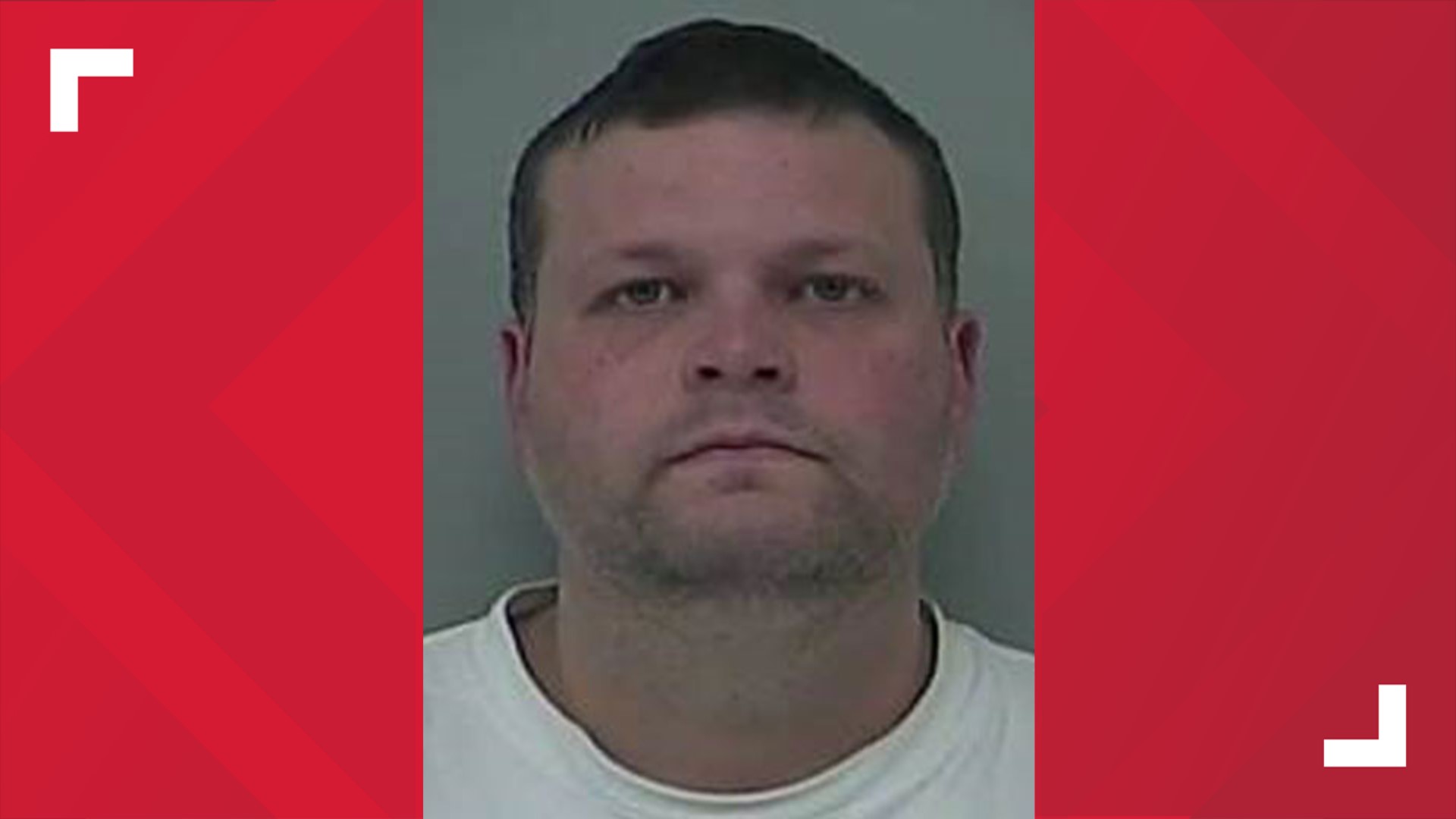 FRANKLIN COUNTY, Ohio — A deputy with the Franklin County Sheriff's Office was terminated Friday after he was charged in a federal child pornography case.

On Friday morning, Heintz appeared virtually for a detention hearing. His father testified that he would act as a third-party custodian, allowing his son to remain on house arrest at his home pending his trial.

Prosecutors argued the weight of the evidence against Heintz and the potential danger to the community was to great to allow for that, asking instead that the judge keep Heintz in detention.

It was also revealed during the federal court hearing that investigators say they found between 4,000 and 5,000 images of child pornography on Heintz’s phone. Those images included bondage of pre-pubescent and toddler-age children, along with bestiality, and sexual abuse of children younger than 10. At the time charges were filed, the images investigators say they found numbered in the hundreds.

The affidavit also revealed disturbing information about children Heintz may have come into contact with in person. Prosecutors said Friday that three children in question were examined and interviewed, and there was no evidence that they had been physically abused.

Steve Nolder, the attorney for Heintz, told 10TV the family is doing what it can to support Heintz while processing the charges.

“They are shocked, they can’t believe it, they don’t want to believe it, but they have to come to grips with it, and they are trying to do that,” Nolder said.

At the end of the hearing, Magistrate Judge Kimberly Jolson ordered that Heintz remains in jail without bond pending his trial.

Prior to his termination, Heintz was a non-certified deputy at the Franklin County Jail, meaning he could not carry a weapon or be on patrol. He was hired in 2007.
Heintz was initially placed on administrative leave by Franklin County Sheriff Dallas Baldwin on Feb. 11.

"While everyone arrested is presumed innocent, someone charged with a felony loses the privilege of working for the people of Franklin County," Baldwin wrote in an emailed statement earlier this month.

According to court records, an investigation started with the arrest of a different man in August in Illinois.

While searching that person’s Kik account, federal investigators found previous messages between the arrested suspect and another user, who was later identified as Heintz.

Officials in Illinois also got permission to take over the suspect’s account to continue communication with Heintz while posing as the Illinois suspect.

Court documents show that, during those conversations in August 2020, Heintz and the Illinois suspect discussed their mutual sexual interest in children and the possibility of Heintz taking a nude photo of an unidentified minor female. They also exchanged images of themselves and files of pornography, including child pornography.

During those conversations, Heintz also indicated that he would “love to watch” the Illinois suspect rape a child, according to the documents.

On Jan. 2, Kik responded to an emergency disclosure request for Heintz’s account. An administrative subpoena was then served to AT&T for further identifying information. That is what led investigators down the path of confirming Heintz’s identity.

On Feb. 10, search warrants were obtained, and they were served the following day, including at Heintz's home and workplace, the Franklin County Jail. Heintz’s phone and other electronics were seized.

Court documents show the searches have yielded tens of thousands of images, which included nude photos and sexual activity among minors. Many of those photos were allegedly exchanged via Kik.

“It’s very anonymous, and when you have adults that use it, you can’t verify their age and their identity either, and so this is really appealing to child predators,” said Jeffrey Blevins, professor and head of journalism at the University of Cincinnati.

Blevins has been studying social media apps for roughly 10 years. He has seen the dangers to children and the criminal activity that has been tied to apps, including Kik.

“It is problematic,” he said. “The technology not only lends itself to this, but it’s very difficult for the government to have really any type of effective interdiction. You know, because these exist worldwide, anonymity is so easy to establish, but there’s also very broad protections put into the law.”

Kik requires only an email address to establish an account, not a phone number. And, while users are required to be 13, that can be hard to verify.

“Unless we’re going to seriously revisit the law here, I think this is going to be something that’s going to persist, and educating ourselves and being self-aware is really the only defense that we have,” he said.

10TV reached out to Kik for comment on Wednesday and had yet to hear back by Friday evening.

The local chapter of the Fraternal Order of Police said in a written statement, "The FOP has been made aware that Federal charges have been filed against a Franklin County Sheriff’s deputy. The FOP is not privy to the details of this criminal investigation; however, if he is found guilty of these offenses then we will take swift action in removing him from membership. The Fraternal Order of Police does not tolerate this type of behavior."

A preliminary hearing for Heintz is scheduled for March 10.