US Marshals have identified a possible last name for a John Doe who committed suicide in Eastlake back in 2002. 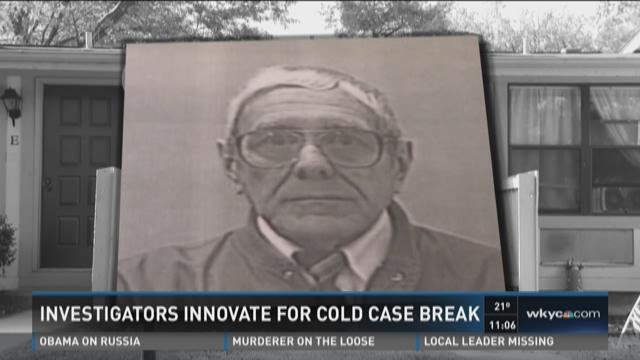 WKYC Channel 3 is revisiting a cold case that has confounded U.S. Marshals.

U.S. Marshals have identified a possible last name for a John Doe who committed suicide in Eastlake back in 2002.

The man had been living as Joseph Newton Chandler, but that was an identity he stole and investigators have been trying to figure out why for a few years now.

WKYC Channel 3’s Hilary Golston is now the first to bring you a new break in the case, because of a newly utilized method.

A forensic genealogist has linked the mystery man to the last name Nicholas or Nichols.

Colleen Fitzpatrick, founder of IdentiFinders International is based out of Southern California.

Fitzpatrick was contacted by the U.S. Marshal in the Northern District of Ohio, Pete Elliott, because of a recent break in a 25-year-old case, the Phoenix Canal Murders.

Fitzpatrick used Y Chromosome genetic information in that case to provide Phoenix investigators with a paternal last name. They eventually were able to arrest someone from a list of suspects because of her work.

The same basic strategy has now been employed and links the man known to law enforcement as Chandler to the last name “Nicholas.”

Since at least 1978 the man had been using the name Joseph Newton Chandler. Chandler stole that identity from a 9-year-old boy who died in a Texas car accident.

By all accounts, the man living as Chandler was a highly intelligent loner, neat, and orderly.

He also made electrical devices and was described as eccentric by most who encountered him.