Fischer laid out plans for reform, including Kentucky State Police independently investigating all officer-involved shootings that result in injury or death. 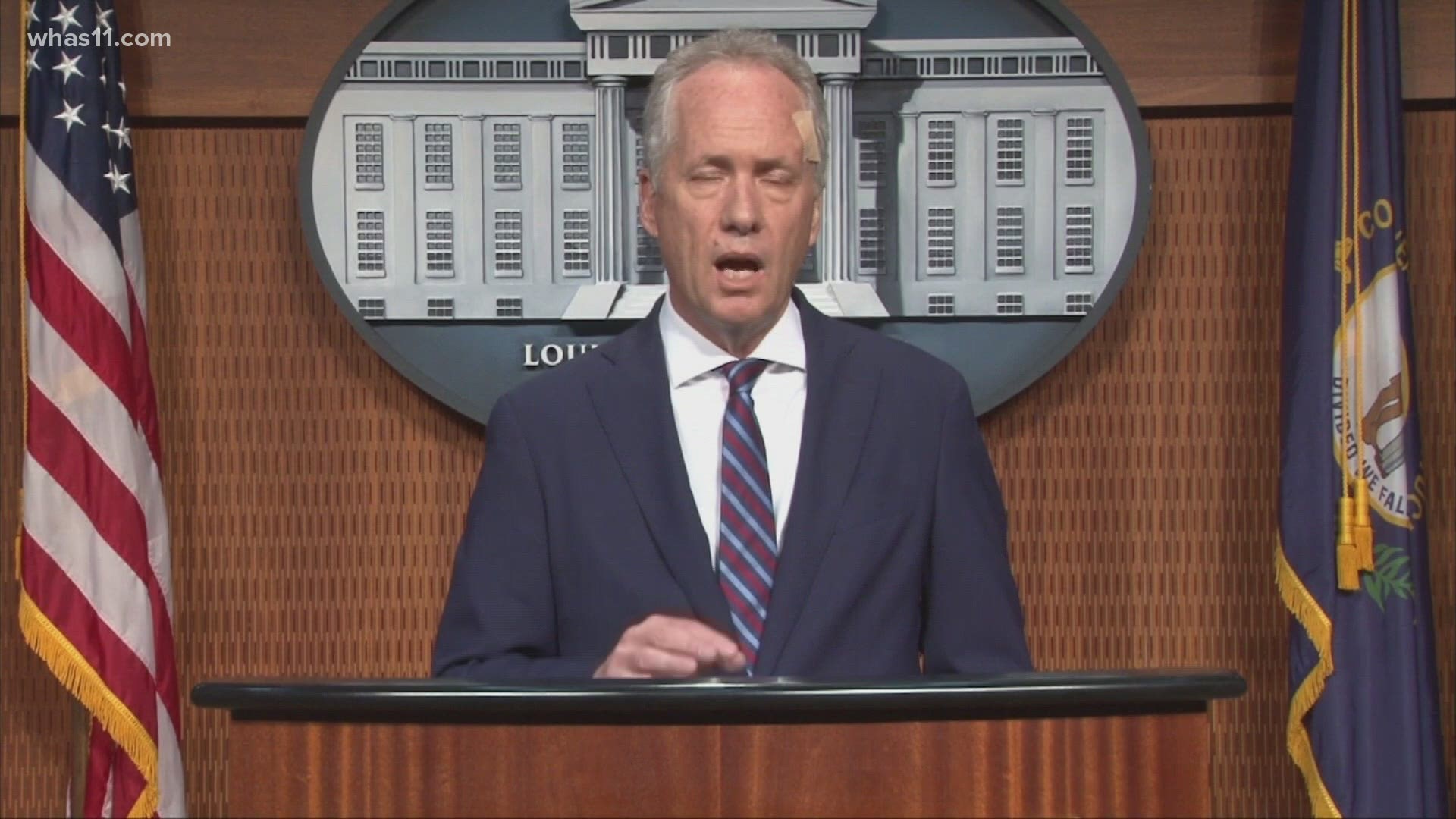 LOUISVILLE, Ky. — Mayor Greg Fischer laid out his plans for police reform both city and statewide Thursday, more than four months after the death of Breonna Taylor.

"I, along with so many others in our country and community, am incredibly frustrated at the slow pace of justice in Breonna's case," Fischer said in a video posted to social media.

While Fischer said he has had no control over the investigation into Taylor's death, he said he will pursue changes to KRS 67C, a state law that does not allow him to speak on any matters related to ongoing LMPD investigations.

"Our citizens deserve more transparency and accountability with the investigative process of officer-involved shootings, period," Fischer said. "While we don't want to jeopardize an ongoing investigation or compromise the rights of officers and civilians, we have to be able to address the public's right to know what's happening."

Fischer called the law "essentially a gag order," saying that not answering basic questions leads to distrust or conspiracies.

In June, Metro Council said it will fund a civilian review board for police. Fischer said he wants to change state law to strengthen civilian oversight, saying he wants the board to have subpoena power.

The mayor also said an Office of Inspector General will be created to support the board by investigating individual complaints against LMPD officers.

Fischer also said he wants independent investigations into all officer-involved shooting where a person is injured or killed. The investigations, he said, would be led by Kentucky State Police in place of LMPD's Public Integrity Unit.

In his remarks, Fischer also discussing the collective bargaining process with the Fraternal Order of Police, saying the city will "find ways to strike the right balance between protecting an officers' right to due process and providing the public with greater transparency and accountability, which are essential to police-community legitimacy and public safety."

The mayor said there are "serious, longstanding challenges" in policing that must be addressed, like making sure officers see themselves as "peacemakers, not warriors" and ensuring the public acknowledges that officers are forced to deal with systemic failures that is not just.

"To realize true racial justice, equity and peace, we have to take on all of these challenges, all of us," Fischer said.

Fischer said he will be working with legislators on state laws and asked that community members express their concerns or opinions with leaders.

The attorneys representing Breonna Taylor's family said they were encouraged by Fischer's plans, saying they must translate into "significant policy and legislative overhauls."

“We hope the mayor’s calls are enacted and supported to prevent further tragedies," they said in a statement. "But we can not and will not forget the tragedy that has led to these very discussions. Until all of Breonna Taylor’s killers are fired, arrested, and convicted, there remains no justice for her, her family, and the people of Louisville.”