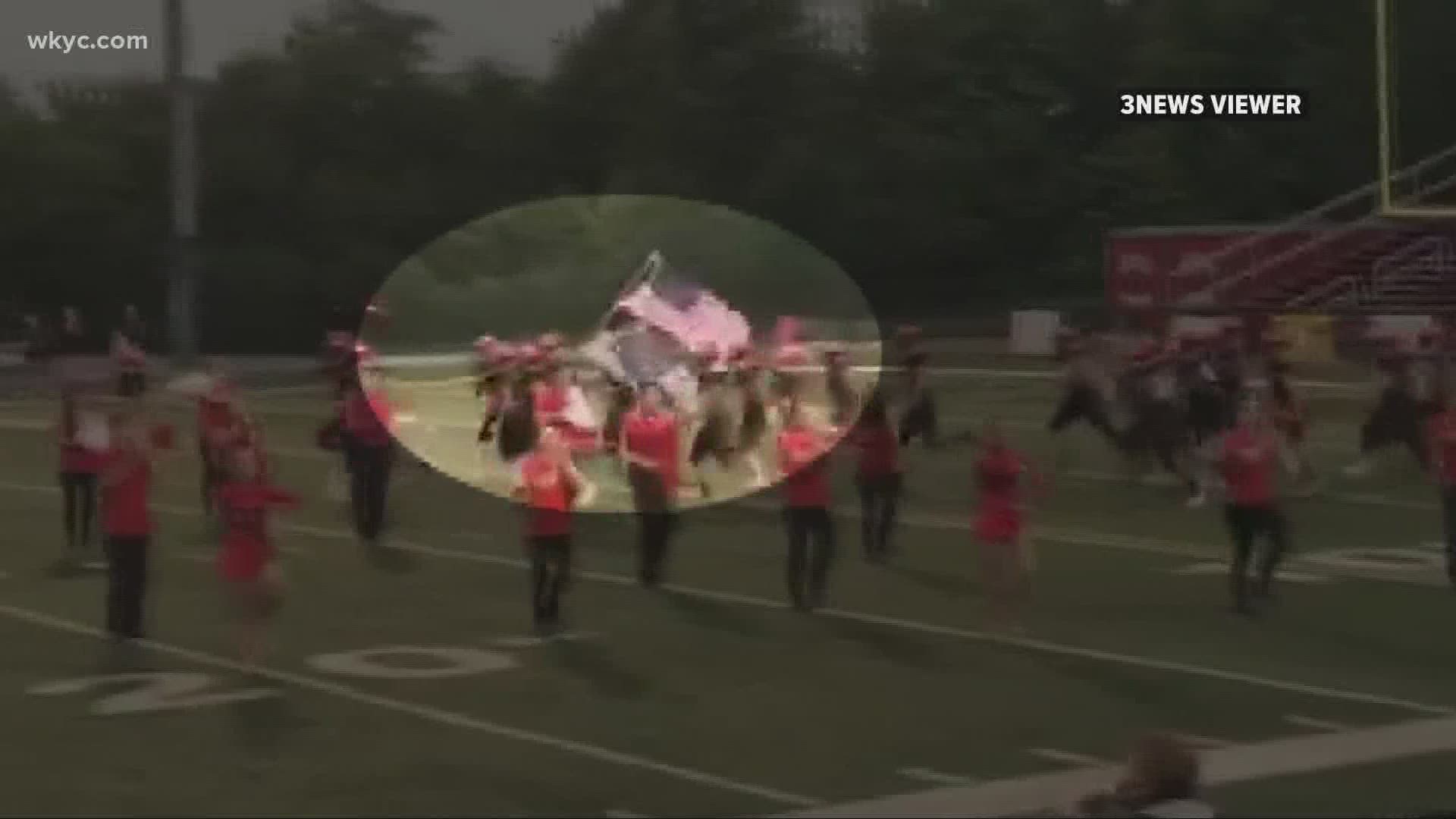 CHARDON, Ohio — A “Free Speech Zone” has been designated on the lawn in front of Chardon High School for Friday night’s football game where people are permitted to host a rally in support of police and other law enforcement officials.

It comes as controversy ignited in Chardon following last Friday night’s high school football game when a player for the Chardon Hilltoppers ran on the field carrying a thin blue line flag, which is a symbol associated with the Blue Lives Matter movement. The superintendent later banned the flag at all school events.

School officials said the “Free Speech Zone” was created “because the District values and supports the rights of individuals to gather and exercise their free speech rights. … The District is not a sponsor or participant in the rally.”

As a result of the planned rally, the Chardon Police Department collaborated with school officials on a security plan.

“We take very seriously the safety and security of our community and have been diligent in planning with school officials and other local resources to provide a positive environment for tonight’s football game,” said Chardon Police Chief Scott Niehus.

While the Geauga County Commissioner called for the superintendent's resignation, the Chardon Board of Education announced their full support of the flag's ban at school events.

Parking will be available as usual for those attending to the game, and personnel will be on site to direct ticketholders to the proper stadium entrance.

“Please not that only game ticketholders will be permitted in the immediate vicinity of Memorial Field,” school officials noted.

There are no general admission tickets available for the game due to COVID-19 safety precautions.

A similar rally is also expected to take place at Chardon Square.

“I spoke with organizers of both rallies and established expectations for peaceful and responsible demonstrations,” said Chief Niehus.