With the annual father, daughter dance canceled, some parents from Munson Elementary in Chardon organized a virtual dance instead. 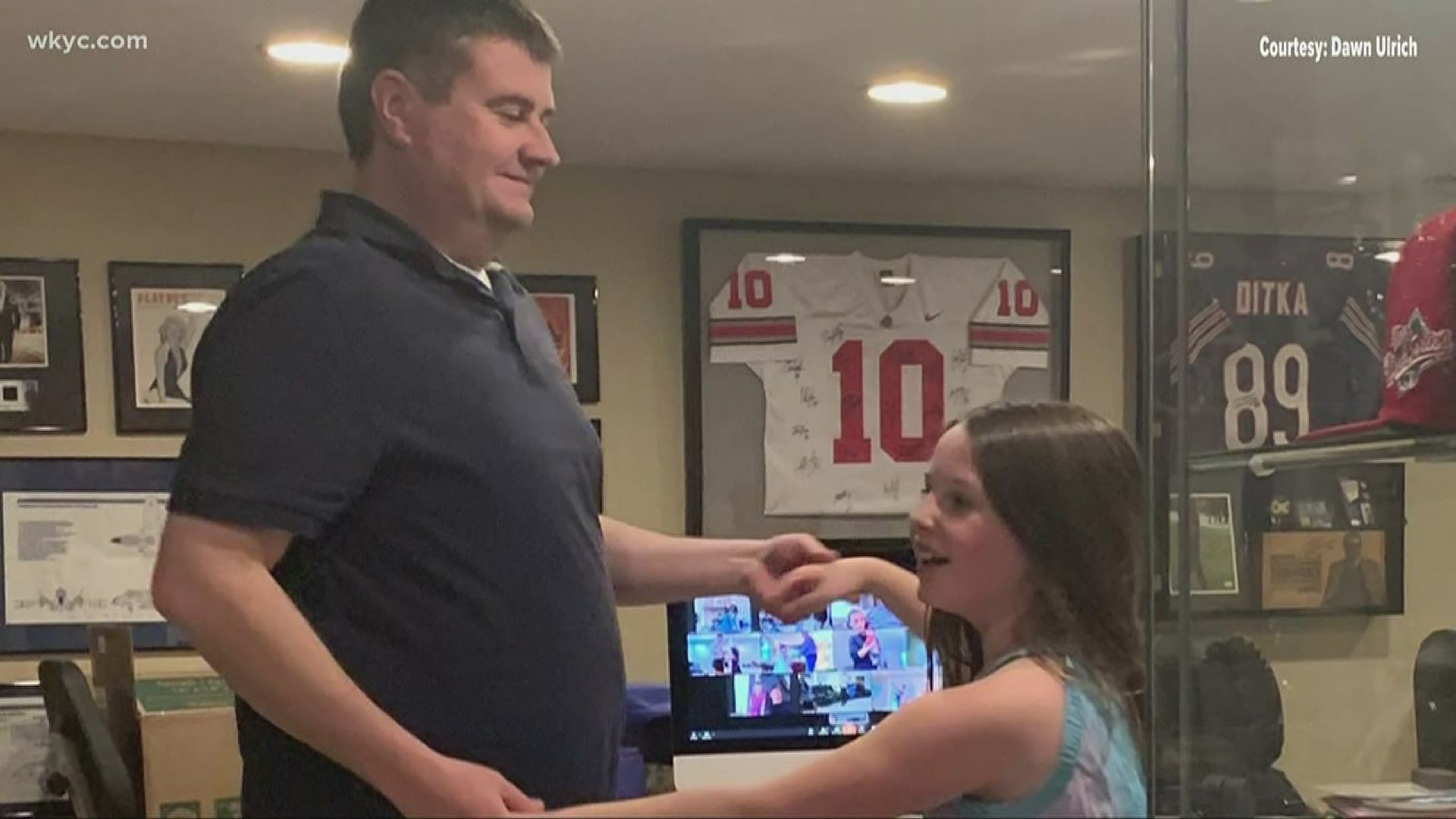 CHARDON, Ohio — As most events are being postponed or canceled during the stay at home order, some people are doing everything they can to make sure that certain memorable moments continue to happen, in some form.

“It’s nice to see my friends after a while, that we haven’t seen each other, and it’s nice to have some quality time with my dad,” says Munson Elementary 3rd grader, Beatrice Snyder.

The 3rd grade is usually a time for learning about the solar system and multiplication tables and for Munson Elementary girls, to have their last father/daughter dance before they head to Chardon Middle School.

“So I actually reached out to the teacher who was supposed to be putting on this year’s event and I say, ‘what are your thoughts?’,” says Dawn Ulrich. “She’s like, ‘take it over, run with it, however you want to do it.’”

Dawn knew that they should do something to make sure these dads and daughters still had a chance to make to make this memory, even if it was a little different this year. So they decided to still hold the event, but virtually. Each family pitched in to help with their 3rd grader’s hair, decorating rooms and making tickets. It was a group effort to try and bring as much of the annual event, into each home.

“Normally at the event, they have a photo booth where you can do props and things like that. My older daughter set that up too, so she had a polaroid camera and it was really cool,” says Michael Snyder.

Ulrich says, “The girls got a chance to dress up and dance with their daddies. These are the memories that they’re going to remember for the rest of their lives during this time period.”

It wasn’t the same, but’s that’s okay. In fact, this is a dance that will stand out because it was different and provided a bit of joy and normalcy in a strange, uncertain time.

“It was very fun and I’ll remember this,” says Beatrice. “He really made it special.”

“Years down the road, I hope that they can all look back at this and have some fun memories of it,” says Ulrich. “You know, life hands you lemons, you make lemonade.”

RELATED: How teenagers can play with tape & win money towards college

RELATED: Local woman returns home after being stranded on cruise ship due to COVID-19