"You do not carry the compassion, understanding, and leadership quality that is required in your position." 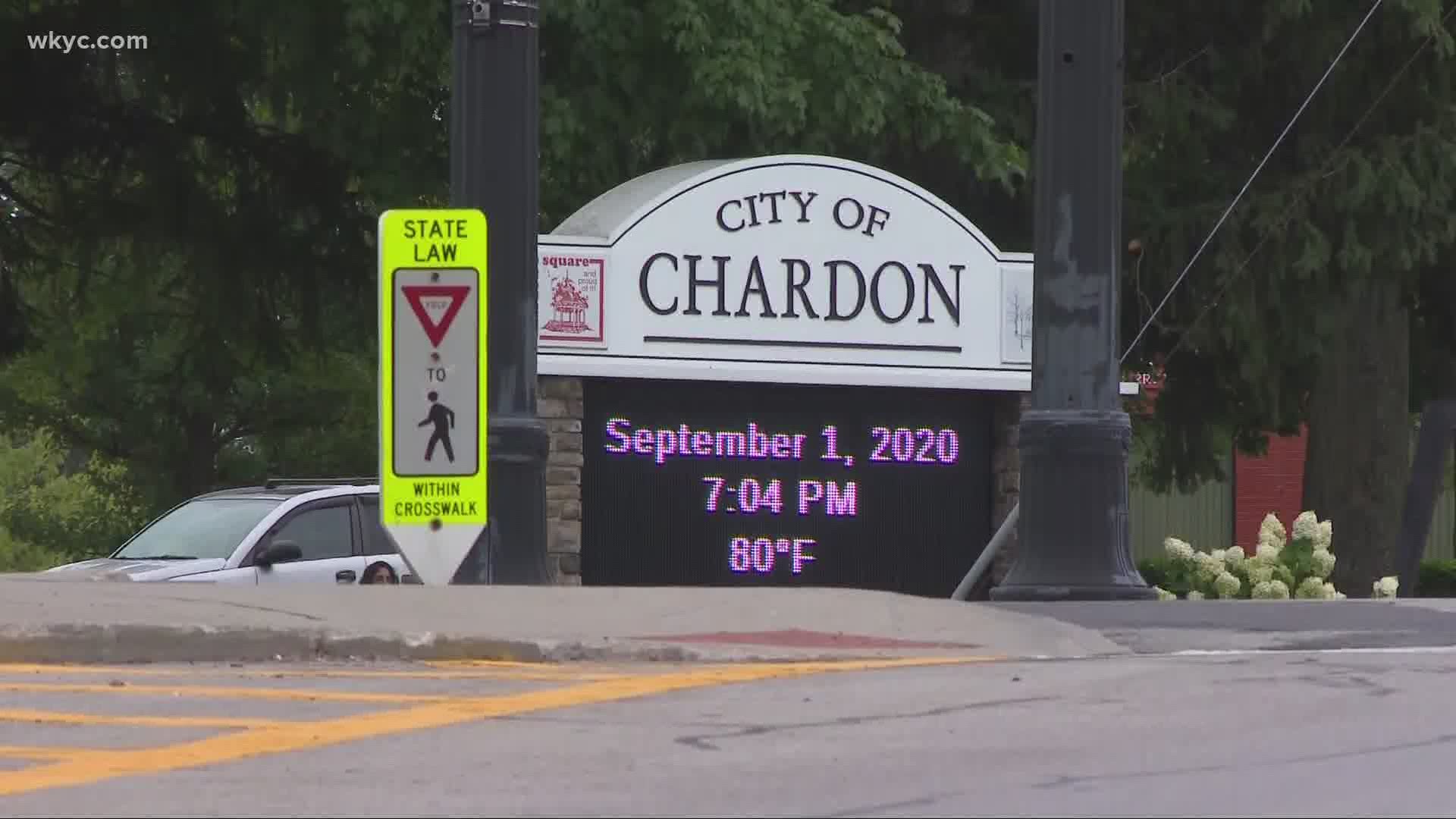 CHARDON, Ohio — The decision by Chardon Local Schools superintendent Michael Hanlon to ban the display of the thin blue line flag at school functions was not received well by many parents and residents on social media.

One member of the local government made his feelings known about the move in an explosive letter to Hanlon.

On Tuesday, Geauga County Commissioner Ralph Spidalieri held nothing back to Hanlon and called for the superintendent's resignation. Here were some of the most incendiary highlights:

The letter closes with Spidalieri calling for Hanlon's resignation. "I am requesting that you consider stepping down from your position as superintendent so that our young men and women can learn that your behavior will not be tolerated and that a superintendent with core values of humanity, accountability, love of our country, and honor can replace you."

You can read the entire letter from Spidalieri below:

The controversy began last Friday when a member of the Chardon Hiltoppers high school football team ran out on the field carrying the 'thin blue line' American flag. The symbol is associated with the Blue Lives Matter movement, a display of unity among police officers in response to the national Black Lives Matter movement.

Hanlon responded by ruling that the flag would not be allowed at school events.

"Based on discussions that ensued over the weekend, it does not appear that this action was motivated by racism, rather a show of support for one of our coaches who serves as a police officer, as well as for the first responders in our community who have developed a special relationship with our school and students in the wake of our school tragedy of February 27, 2012. Nevertheless, it is understandable how this could be interpreted as a racially-motivated action and, therefore, not acceptable in a school community," Hanlon added.

The date of February 27, 2012 was mentioned prominently in both letters. That is the day in which T.J. Lane killed three students, paralyzed another and injured two others in a shooting at Chardon High School.

"It was our first responders including our police, sheriff's deputies, state troopers, firefighters and EMS that without hesitation or fear for their life entered the school building to render safety and care for those victims and for the safety of all of the students and staff," wrote Spidalieri.

However, Hanlon believes that the use of the thin blue line flag comes across to many as political. "School district policy does not permit engagement in political activity. Nevertheless, it is important to emphasize that we clearly understand how this action could be perceived as political in nature. As a result, this display will not be a part of future pre-game activities at Chardon athletic contests. In addition, measures will be put in place by our Athletic Director to review any planned pre-game displays for possible connections to any form of discrimination or particular political views," Hanlon added in his letter.

Also on Tuesday, Hanlon provided this statement to 3News:

Over the past several months, expressions of support for both local law enforcement and racial justice have increasingly become a part of our community’s, and the nation’s, public discourse. It is through this lens that we are viewing the current discussion happening in the Chardon community following the football game last Friday night.

As you are aware, as part of the pre-game ceremony, some of our student athletes made the decision to carry a “Thin Blue Line” flag onto the field. Because the football team is supervised by employees of Chardon Schools, immediate concerns arose that the decision to carry the “Thin Blue Line flag” was school-sanctioned or that employees were engaging in political activity on school grounds. Chardon Local School District’s policy does not permit engagement in political activity of any kind – in our classrooms, at our events or on the field.

After having several conversations with the head coach as well as members of our Board of Education, and having reviewed the numerous emails and messages I received regarding the event, two things were clear.

First, the student athletes involved intended only to support local law enforcement and did not intend to make a racially or politically charged statement. Second, some members of our community perceived the display of the “Thin Blue Line” flag as political and as a racially-charged statement.

As a result, the School District made the decision to fairly and consistently apply its policy concerning political activity and prevent further displays that could be construed as political speech. For example, when it came to my attention that one of our teachers displayed a “Black Lives Matter” backdrop in a virtual classroom, I directed the teacher to remove the display in accordance with district policy.

As a district, our first obligation is to educate students. We encourage respect and appreciation for law enforcement, particularly in light of the prompt response and bravery shown by Chardon police and other first responders on February 27, 2012 at Chardon High School. However, we also have a responsibility to understand the racial disparities that have led to the current civil unrest. The district takes this responsibility very seriously and strives to do so in an objective and unbiased manner.

The Chardon Board of Education also responded Tuesday with the following statement: