It all started about four years ago when a road crew found raw sewage coming out of a pipe and discovered a problem with some of the septic lines in the area. 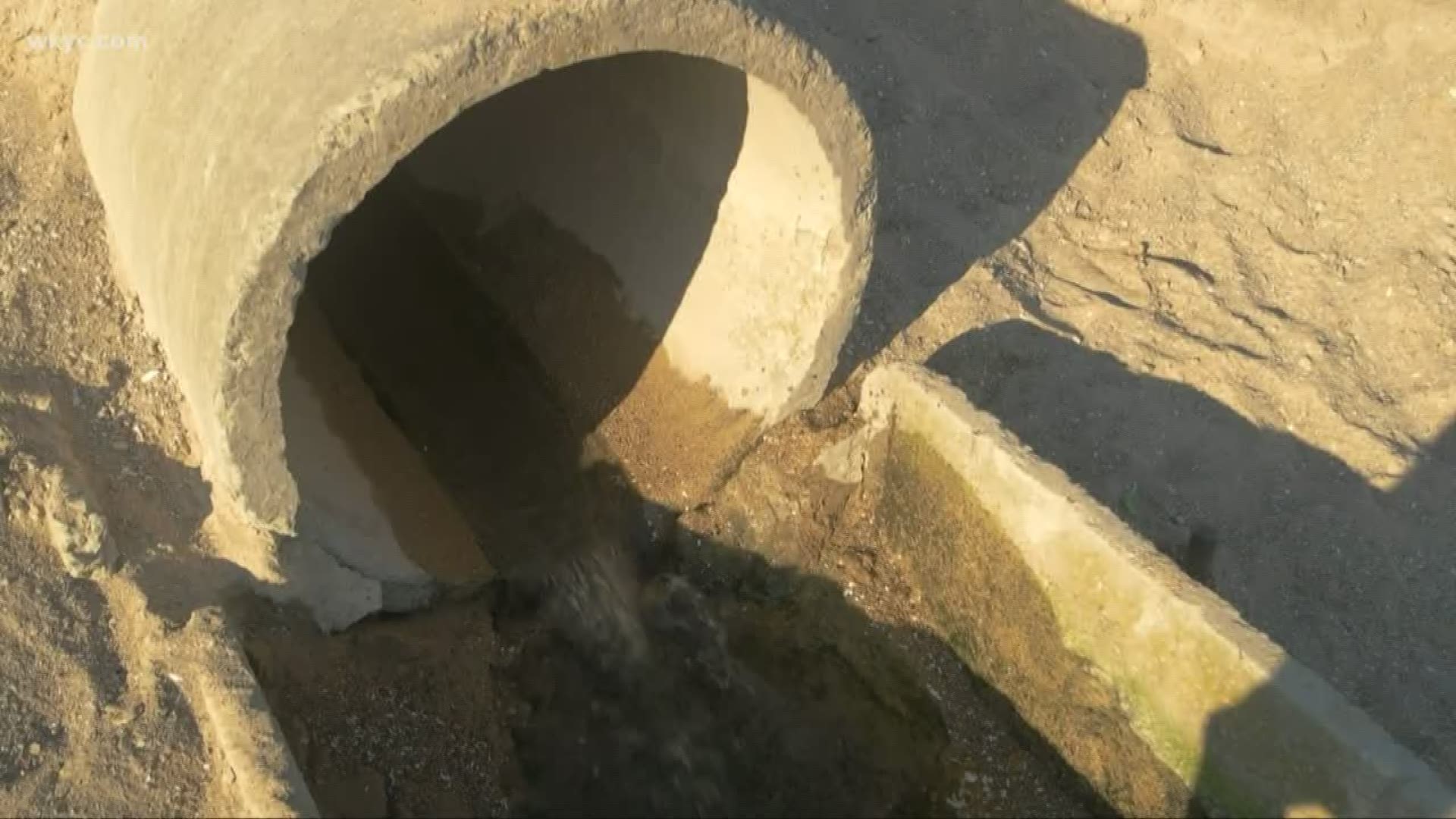 CHARDON, Ohio — As a homeowner, getting an unexpected bill for over $20,000 dollars would be a bit jarring, but that’s what is happening to some homeowners in Chardon Township.

The money is part of a central sewer system that’s being installed after the EPA ordered the county to due so.

“New roof, newer driveway,” explains Charles Dicillo, a Chardon Township resident, as he starts to list off all the projects he’s completed on his house since he bought it over 20 years ago.

“The whole inside of the house is being torn apart and redone,” says Dicillo.

That equity he and his neighbors have been building, is all but gone now.

“If somebody wanted to sell their house right now, they can’t. With one fell swoop, they’ve erased all the equity in everyone’s home,” says Dicillo.

It all started about four years ago when a road crew found raw sewage coming out of a pipe and discovered a problem with some of the septic lines in the area. After several tests, the EPA found elevated e-coli levels and worked with the township to come up with a sewer plan for the neighborhood.

Dicillo says, “The township and the county are going to assess each resident a 28,000 dollar bill over 30 years.”

That money will be added into each affected resident’s property taxes. However, homeowners will also be responsible for paying to have their septic systems re-mediated and their houses connected to the new sewer line. Depending on how far away they live from the new line, could cost residents an extra 10,000 dollars.

The Geauga County Commissioners met this week voting to move the EPA mandate forward. Although, some of them may not agree with what’s happening, they say their hands are tied.

Ralph Spidalieri, Geauga County Commissioner says, “You’ve got a lot of people that are doing the right thing. They’ve upgraded their septic and now they’re getting slapped in the face with this big amount, because of the fact that there’s a couple of deadbeats that have basically refused to do anything with their septic system.”

Some residents though, are still fighting it. Dicillo has been taking on the appeal process, as basically a second job.

“I went door to door and out of 114 houses in our development, we got over 90 responses opposing this. Essentially, we’re being bullied into this,” says Dicillo.

Spidalieri says, “This is a major burden. My heart goes out to these people and I truly understand what they’re going through.”

The next step in the residents appeal process is probate court, but this issue isn't happening just in Chardon Township. It's effecting several communities around northeast Ohio, such as Olmsted Township and Avon. It’s an issue that really could eventually effect anyone living in an area with a septic systems.