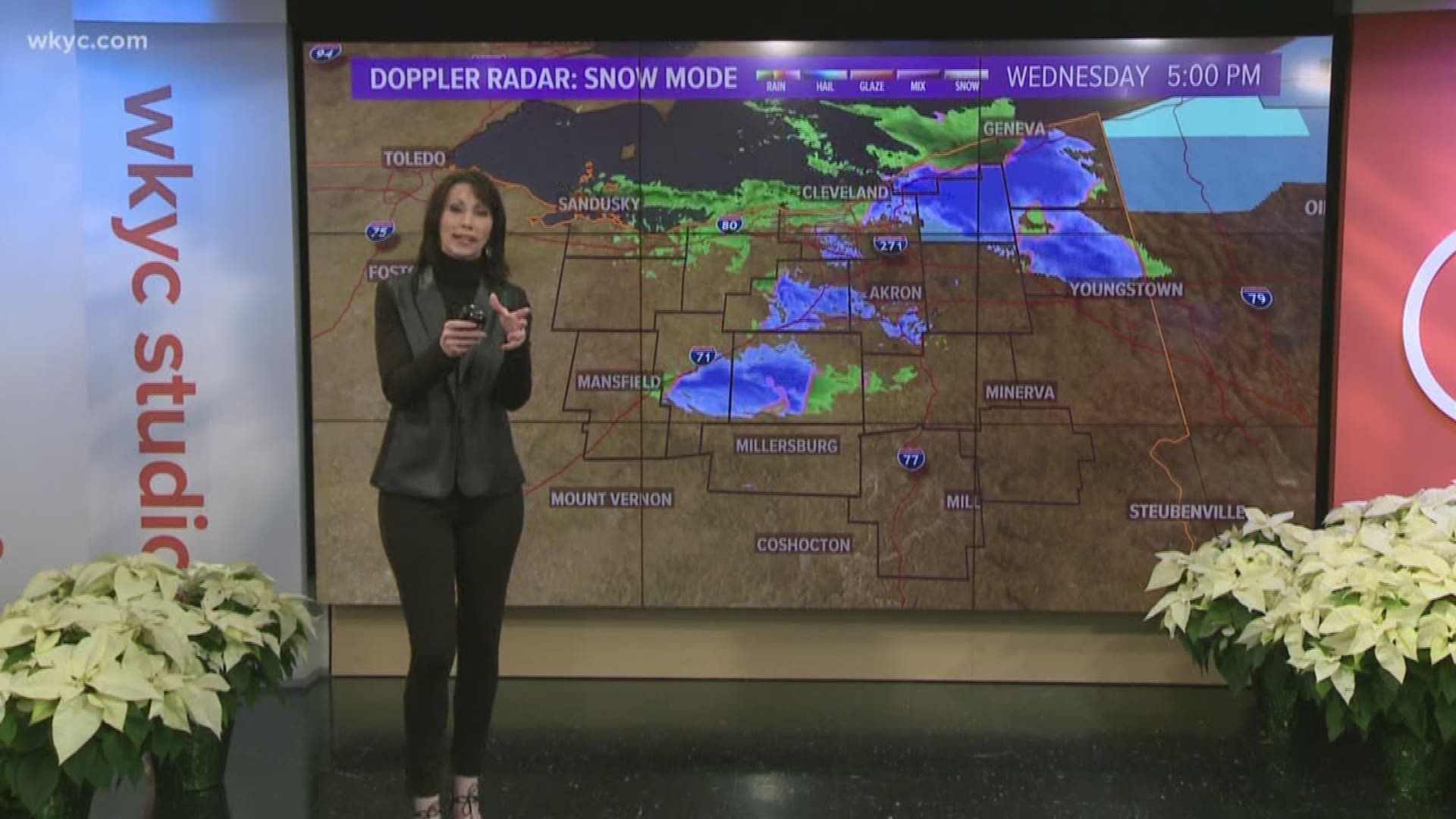 GEAUGA COUNTY, Ohio — Like it or not, wintry weather is back in the forecast.

Lake effect snow is expected throughout the day, and Geauga County looks to be in the target zone.

That's why the National Weather Service has issued a Winter Weather Advisory from 10 a.m. Wednesday until 6 a.m. Thursday.

Since this is a lake effect event, accumulations will vary where snow bands persist.

“Most of you, the snow is going to be light. It’s a timing issue. It’s because it’s going to be happening during the day when a lot of us are out and about.”

Just after 5:00 p.m. on Wednesday, Chardon Police posted that roads in the city are 'snow covered and icy.' While plows are working to treat the streets, a pair of accidents have already occurred.

Areas outside of Geauga County are also expected to see some accumulating snow.

“Not a blizzard by any stretch of the imagination, but if it’s happening even as you’re driving to get the kids from school it’s going to slow you down,” Strano said.

Just after 6:00 p.m. on Wednesday, ODOT reported that 'speeds are reduced on I-90 Eastbound between SR-44 and SR-528. Motorists should use caution when traveling through the area.'

Temperatures throughout the day will hover in the low to mid 30s with windy conditions causing some blowing snow as well.

RELATED: First snow storm of the season hits Northeast Ohio: As it happened

RELATED: How to entertain family, friends in Cleveland during the holidays