Derek Chauvin was handed 22.5 years for the murder of George Floyd. 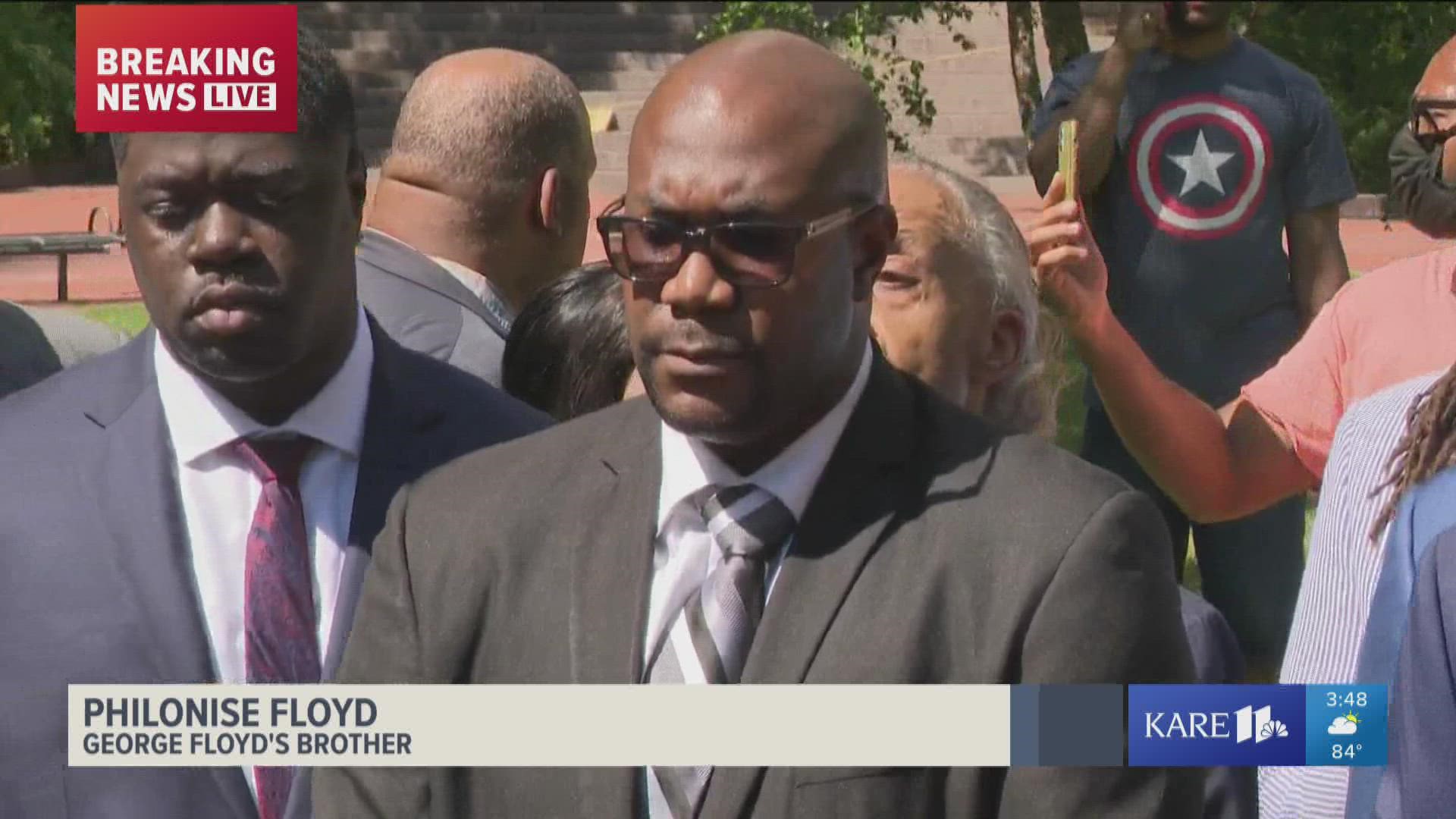 MINNEAPOLIS — Minutes after Derek Chauvin was sentenced for the murder of George Floyd, Floyd's family gathered to share their reaction: that it wasn't quite enough.

Some speakers said Chauvin's conviction was a step forward, but that Chauvin's sentence of 22.5 years - nearly eight years short of the maximum - was not enough. They also looked ahead to the federal civil rights case against Chauvin and the other former officers charged in Floyd's death.

"It's funny... that we got justice, but not enough justice," said Floyd's nephew Brandon Williams. "When you think about George being murdered in cold blood, with a knee on his neck for 9 minutes and 29 seconds, execution style, in broad daylight? Twenty-two and a half years is not enough."

RELATED: 'I ask about him all the time' | George Floyd's daughter, family members speak at Derek Chauvin sentencing

Williams said the Floyd family received a "life sentence" of their own: they won't be able to see or hug him again in their lives.

Family members called for Chauvin's conviction to be the first step in a longer path to societal change. Several of the speakers called on U.S. lawmakers to pass the George Floyd Justice in Policing Act.

"Around the world, Black, white, brown, we all need to come together and take our butts to the Senate and stand out there and demand this George Floyd Act be passed," said Rodney Floyd, one of George Floyd's brothers. "We need to stand up, put pressure on the Senate."

But another of Floyd's brothers, Terrence, said he was "leery" about the sentencing until a dream about his father gave him hope.

“I knew that my father was saying, ‘You’re good. He’s good. Keep doing what you’re doing. For me, for your brother, for your name,'” he said. “We’re Floyd strong and we’re gonna stay strong.”