KARE 11 Investigates: Controversy over why Chauvin was squeezing Floyd’s fingers 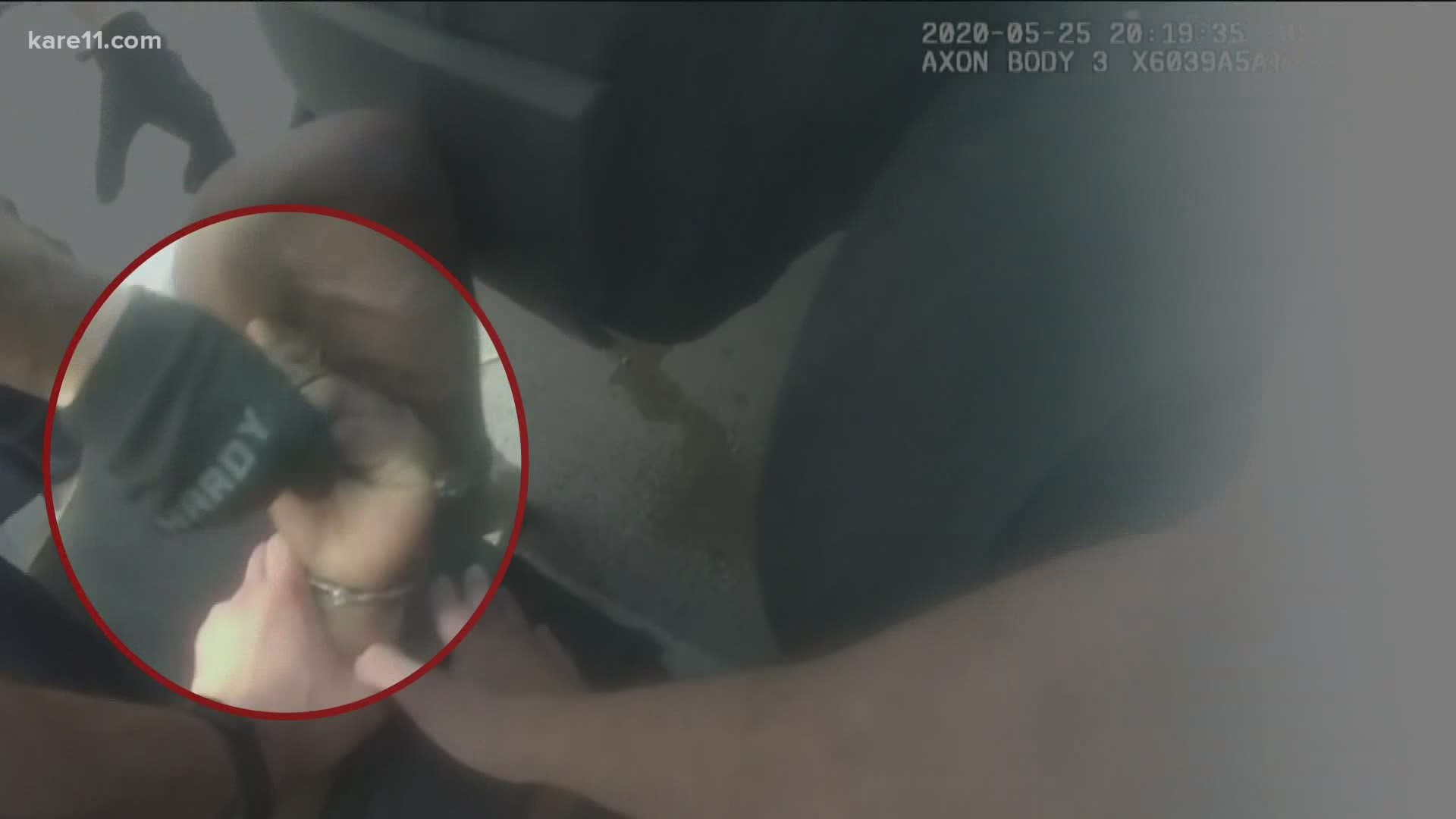 MINNEAPOLIS — By repeatedly showing images of Derek Chauvin’s knee on George Floyd’s neck, prosecutors have claimed Chauvin failed to lift a finger to save Floyd’s life.

Testimony Wednesday about what former officer Chauvin did with Floyd’s fingers is raising eyebrows.

When police body camera video was first shown during the trial, social media exploded with questions about why officer Derek Chauvin seemed to be squeezing and bending Floyd’s fingers after he was already handcuffed and on the ground.

“Pain compliance is a technique that officers use to get a subject to comply with their commands,” Stiger testified.

“As they comply, they are rewarded with reduction of pain,” he explained.

In George Floyd’s case, however, Stiger said the video showed Chauvin kept his hand on the suspect’s fingers for the entire time – even after Floyd went limp and officers could not detect a pulse.

“This was an intentional act by Chauvin,” said attorney Jeff Storms. “This was torture!”

Storms is on the legal team representing the Floyd family. He is not a part of the criminal trial, but says he has closely studied the body camera footage which shows Chauvin kept squeezing Floyd’s hand throughout the 9 minutes and 29 seconds.

“He’s able in almost a bow and arrow type fashion to pull on George while pushing his knee down harder – exerting more force into George’s neck,” Storms explained.

“You think he was being tortured?” KARE 11 asked.

“I do think he was being tortured,” Storm replied.

KARE 11 wanted an impartial, expert opinion. So, we asked Jack Ryan, a veteran police officer who now provides use of force training for police departments nationwide.

Ryan said he did not recognize the hand hold as an authorized law enforcement technique. “That’s not one that I’ve seen used as a pressure point control tactic or a pain compliance technique,” he said.

Ryan is highly critical of the prolonged knees left on Floyd’s neck and back. But he says it is hard to tell from the video if whatever Chauvin was doing with Floyd’s hand was causing pain.

“Based on the video it’s just very difficult to tell whether the joint was manipulated to the point of pain,” Ryan said.

The video shows Chauvin keeps his grip on Floyd’s bent, handcuffed hand – right up until the limp man was loaded on a stretcher.

A prosecutor asked Sgt. Stiger about what purpose an officer could have for maintaining the grip.

“You would inflict pain for the purpose of having the subject obey your command?” he asked.

“What if there is no opportunity for compliance?” the prosecutor asked.

“Then, at that point, it is just pain,” Stiger testified.

In court, defense attorney Eric Nelson did not challenge Stiger’s testimony. During cross examination he did not ask any questions about officer Chauvin’s grip on George Floyd’s hand.