The event was held at Market Square Park at the corner of West 25th Street and Lorain Avenue in Ohio City. 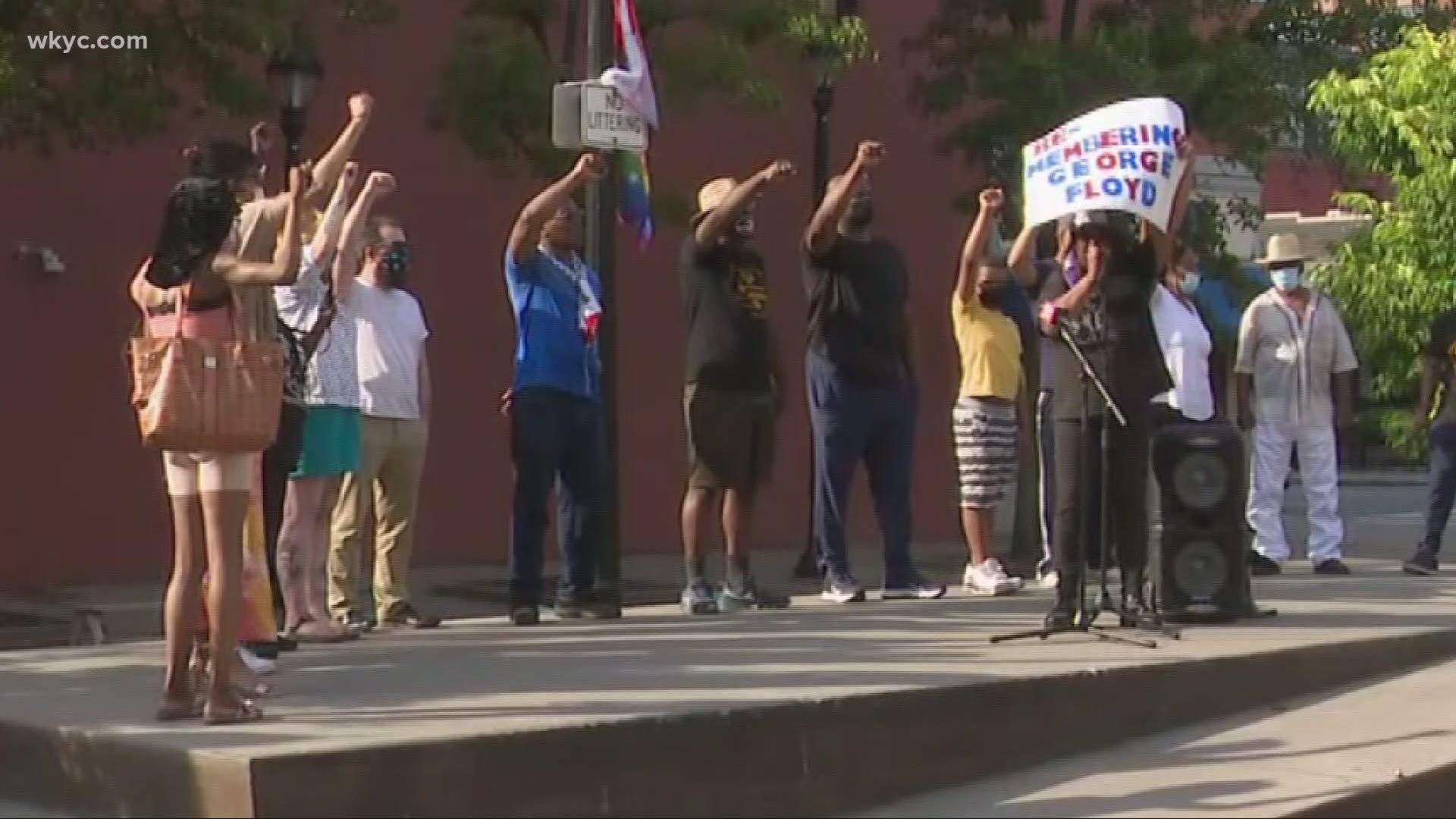 CLEVELAND — Exactly one year to the day after the death of George Floyd at the hands of police officers in Minneapolis, a rally was held on Cleveland's west side.

Tuesday's rally was organized by Black on Black Crime Inc. and the Black Man's Army. They were joined by greater Cleveland community members, activists and people who lost loved ones to police encounters and excessive force at Market Square Park at the corner of West 25th Street and Lorain Avenue in Ohio City.

On May 25, 2020, George Floyd died after a white Minneapolis police officer named Derek Chauvin pinned a knee on his neck for more than nine minutes.

Though tragic, Floyd’s death energized a movement for racial justice, now occupying a point on the timeline of galvanizing moments in civil rights history. His death challenged Americans, companies and institutions to re-examine their views. McDonalds, General Motors, and others pledged millions to support racial equity causes.

The demonstrations also fueled long smoldering debates about statues, flags and mascots with ties to the nation’s racist past. During the last year, the NFL’s Washington football team dropped its Native American logo. Numerous cities removed monuments honoring those who fought against the nation during the Civil War. Polls showed a majority of Americans supporting more scrutiny of discrimination in policing.

"We cannot let this anniversary of the police murder of George Floyd go by and sit idly by and say and do nothing here in Cleveland," said Cleveland activist Alfred Porter Jr, who leads the grassroots activist group Black on Black Crime Inc.

Chauvin was found guilty of murder and manslaughter last month. He is currently housed in a Minnesota prison in solitary confinement and is scheduled to appear for sentencing on June 25.

You can watch the rally in the player below: