GLBC has launched a lower calorie beer as they try to appeal to the health conscious crowd. 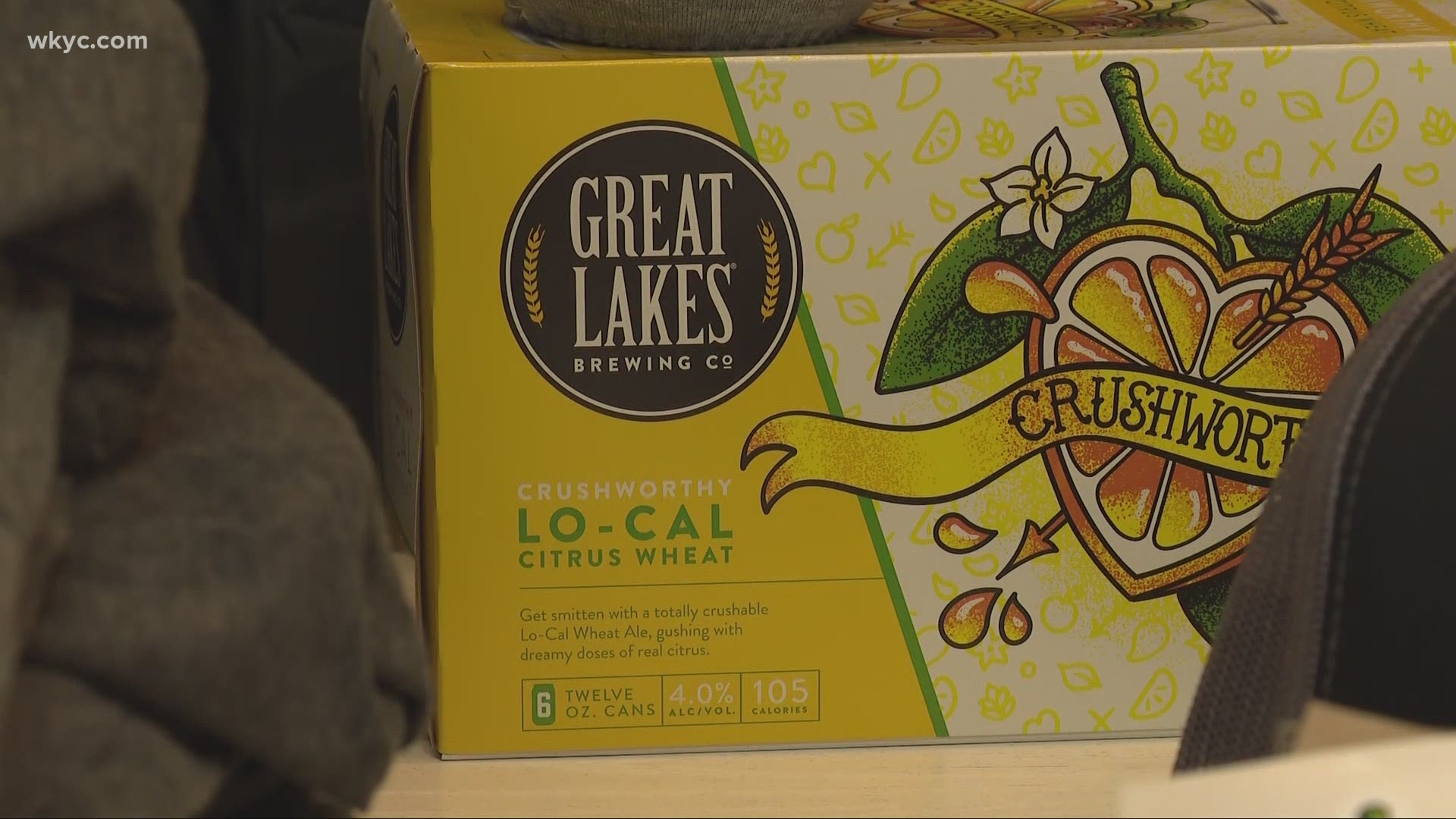 CLEVELAND — As summer approaches, many are beginning to watch what they eat and drink. It’s something that alcohol companies have tapped into lately and now, so is Great Lakes Brewing Company. The Cleveland staple just released their lowest calorie beer yet, the "Crushworthy Lo-Cal Citrus Wheat."

“We’ve put a lot of work into this exciting new release and we think people are going to love it,” says Adam Ritterspach, the multimedia coordinator for Great Lakes Brewing Company.

They're hoping the new taste accompanied by fewer calories will win over the more health-conscious consumers.

RELATED: 10 restaurants to try in University Circle and Little Italy: Save our Sauce

Ritterspach says, “You kind of look across the board in all industries, and people are being much more active. They’re being much more choosey about what they decide to drink or eat. We wanted to make sure that we’re kind of a part of that trend too. So, we wanted to brew a beer that was low in calories but didn’t necessarily sacrifice quality or flavor.”

The new beer is just the latest in recent changes. Great Lakes Brewing Company renovated the brewpub about a year ago and opened a new canning facility in Strongsville late last year. The new construction has helped to increase can production and allowed them to sell traditional favorites in aluminum wrapping.

“There has been a huge increase in the demand for craft canned beer and it’s nice to be able to have that facility,” says Ritterspach

Whether or not the Strongsville facility will change their plans for the property purchased in the Scranton peninsula, remains to be seen.

Ritterspach says, “they’ve been keeping that tightly under wraps. We still own that land down at the peninsula, but I don’t have any additional comment at this time.”

It will, however, lead to more staples and new flavors in a pop-top in the future. They already have plans to bring several mainstay brews out in can form this spring and summer and a few new releases already set for later this year.

“We want our fans to be able to enjoy our beer anywhere they can,” says Ritterspach. “Now with our canning facility, it’s the same liquid, we’re just able to open up a lot more doors for them.”