Should bars have been allowed to stay open? 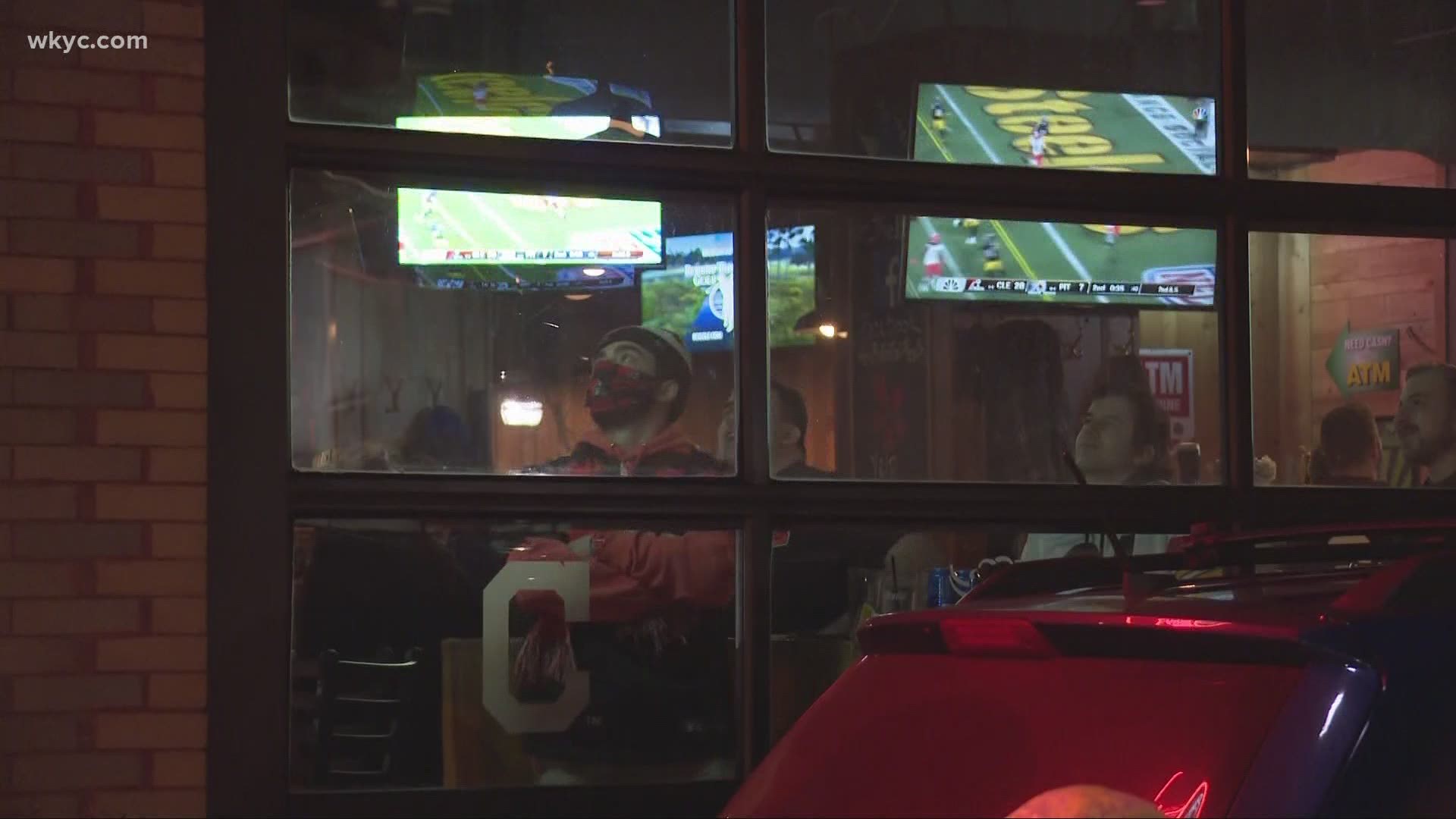 CLEVELAND — There were smaller crowds of people watching the Browns-Steelers game in downtown Cleveland Sunday night.

The city was not exactly packed.

There was no "after-party" along East 4th Street.

At Harry Buffalo, fans were required to leave at half time. It was not even 10 p.m. Some said they were headed to house parties and hotel rooms.

"I’ve never seen Cleveland ever look like this," said Tyler Tanner, who was visiting from Florida. "I’m leaving because I got to get home and watch the game."

Dominic Brown just wanted to be with other fans for a while.

"It’s been almost two decades and we’re ready and we’re long overdue," Brown said. "Cleveland Browns fans out there are going to root for our team no matter whether there’s a curfew or not."

Nikki Medaugh and her husband were visiting from Michigan and would have stayed to see the end of the game. Instead, they headed back to their hotel early.

"For the people who live here to say 'We’re going to cut your bar time down by four hours,' the idea that the economy is not moving is not a good thing," she said.

Perhaps because of the good game, fans were in good spirits. There were no complaints about the curfew.

Still, more than one person said there should have at least been an exception to let businesses stay open through the second half too.

RELATED: This coast-to-coast group is made up of only female Browns fans