This year's talking point has been an upside-down, reversed American flag displayed above the attraction.

WARNING: GRAPHIC CONTENT | Some may find the images depicted in this gallery disturbing. The Haunted Hoochie near Columbus is an extreme haunted attraction with realistic death scenes.
Author: WKYC Staff and WKYC (WKYC) 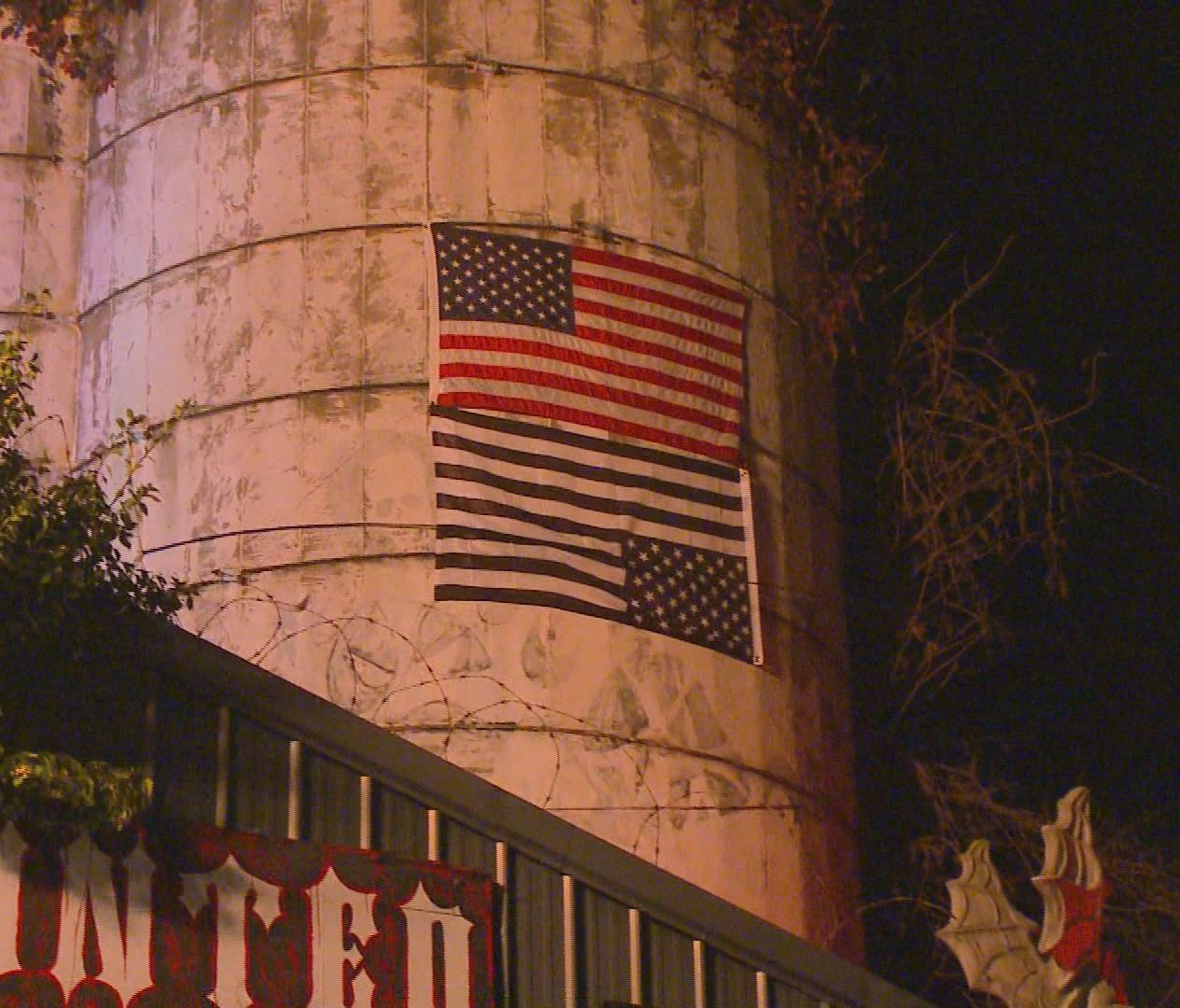 PATASKALA, Ohio -- A Columbus-area haunted house has been widely known for its controversial attractions and this year is no difference.

The attraction features political and religious statements, such as President Obama's head mounted on a wall. The website describes the haunted house as a "full sensory assault," meaning characters inside the attraction can make full contact with visitors.

This year's talking point has been an upside-down, reversed American flag displayed above the attraction. Some Haunted Hoochie employees have said the flag is not a "true American" flag since it's black and white.

Eric Ballinger, who plays the role of a zombie suicide character in the attraction, said the haunted house is simply making a statement to Congress.

"We're fed up," Ballinger said. "We're not really sending a message. It's freedom of speech. We're seeing our rights taken away slowly in this country and it's not right. We're not going to back down, so here we are. We're not going anywhere."

Some other controversial components of the attraction include:

"The 9/11 stuff is kind of wrong, but the factor of scaring people intimidates a lot of people so I think it's a good thing," said Brendon Cardinez who traveled an hour to come see Haunted Hoochie. "It's also how you feel about 9/11. Some people think it was a conspiracy and some people think it was something terrible that happened to our country."

"I don't agree with it, I think it should be more fun than political in my opinion," said customer Jennifer Boyd. "I think it's a little strong for the juveniles."

There are no age restrictions at Haunted Hoochie, though the attraction and its website post several warning signs. The warnings alert visitors to the graphic and controversial content inside the haunted house, and suggest that the attraction may not be ideal for small children, infants and pregnant women.

Reviews on the Haunted Hoochie Facebook page are mixed, though some visitors made their feelings regarding the upside-down American flag and political imagery known on the page:

Disrespectful and distasteful to those who have lost their lives, and to show the US flag like that. - Adam Pfeiffer

It's extremely overrated. The endless loop of the Twin Towers being struck and falling(regardless of your political affiliation it's disrespectful to the 3,000 lives lost), anti-military rants, the upside down flag and not to mention the fat slob ICP freaks for characters groping most of the women in line and in the underachieved "haunted" house. You got my $25 so kudos to you on that. Boring - Kenny Tarpley

Been going to the Hoochie for a few years & went back tonight... Hate to say it but we were a little disappointed. I attended with a few of my friends & my boyfriend along with his buddy - both are firefighters. Both were offended, as was I, by the garbage being spouted on the outside tv about 9/11 being a conspiracy, among other things. We really enjoy the attraction but we pay money for you to scare the pants off of us - NOT to hear or see your political views. - Haley Bishop

Watch our newscast Tuesday at 11 p.m. for video from inside the Haunted Hoochie.