People have criticized the city of Tampa for hosting parades for recent championship celebrations but not for an annual tradition. 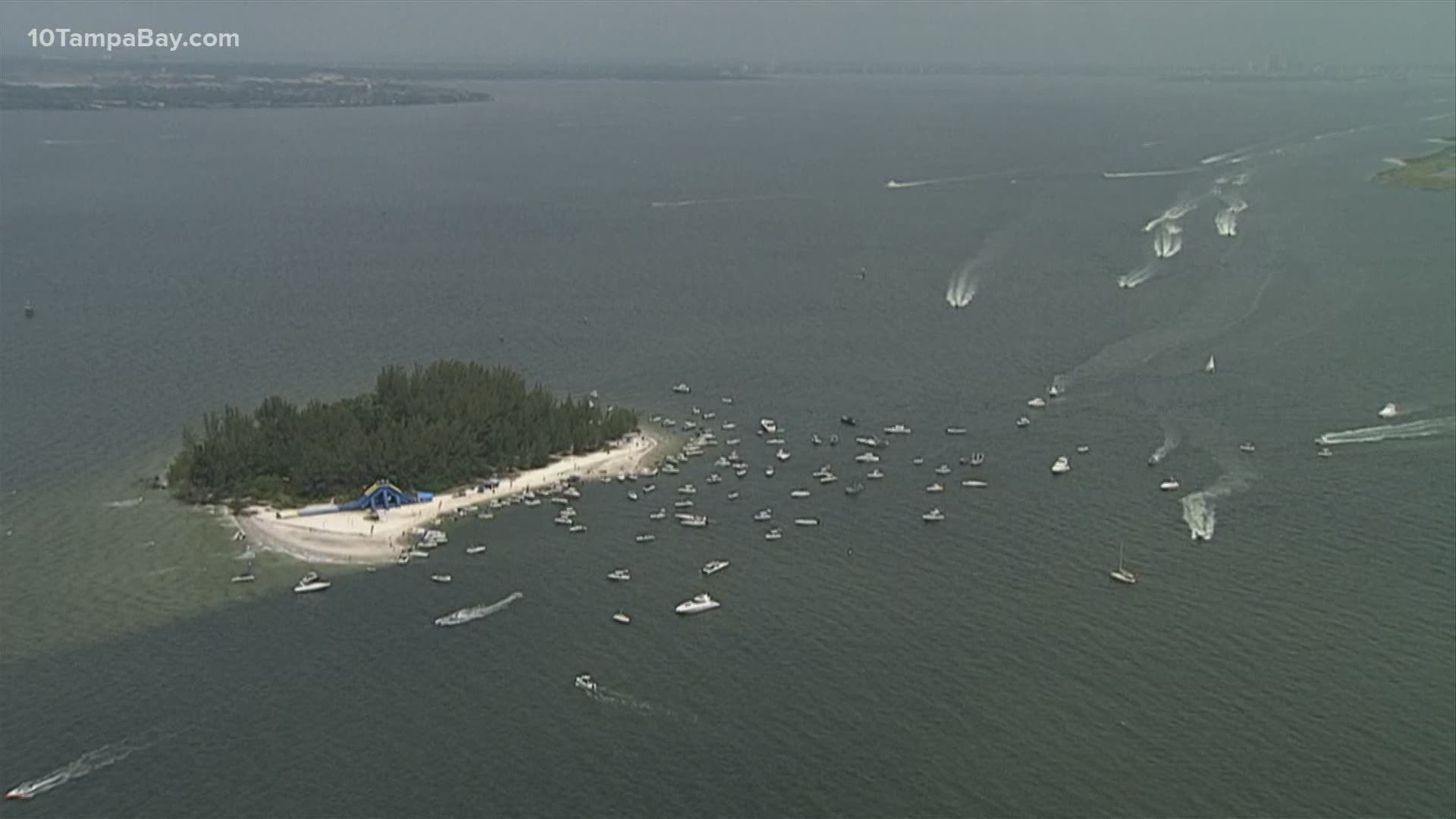 TAMPA, Fla. — The global pandemic shelved the official Gasparilla Pirate Festival until next year, though boaters hit the water for their own sort of parade and protest.

Two conservative groups set sail Saturday morning in support of an annual Tampa Bay tradition. It was back in February when Ye Mystic Krewe of Gasparilla announced the organization was canceling the event which, in addition to hundreds of boats on the water, hosts a land parade as the main attraction.

The Tampa Bay Young Republicans set up an official (but unofficial) Gasparilla Facebook page to invite people to sail from downtown Tampa to Beer Can Island.

"ARRGHH!" the group wrote. "Pirates don't cancel invasions and they don't take orders from tyrants! If the Bucs can throw a boat parade, so can Ye!"

The Facebook invite continues, "please leave politics aside," though many of the boats were spotted with flags supporting former President Donald Trump in last year's election.

Because about at the same time as the Young Republicans' parade, the "Trumparilla" had been scheduled to hit the water.

"The 105th Gasparilla Pirate Festival has been re-imagined with more fun, Patriotism and MAGA!" its website reads.

Both groups criticize the city of Tampa for hosting recent parades, such as those celebrating the Tampa Bay Lightning and Tampa Bay Buccaneers.

"There was a boat parade for the Super Bowl and Stanley Cup, so why can't there be another boat parade? So we started Trumparilla," organizer Cliff Gephart said in an earlier interview.

Tampa Mayor Jane Castor previously said officials worked with Ye Mystic Krewe of Gasparilla to try and find a safe way to host hundreds of thousands of people during the coronavirus pandemic but "there was no secret treasure map."