Hoyas came to Northeast Ohio as a child with his parents. He owns and runs his own insurance company, but it's more than that. 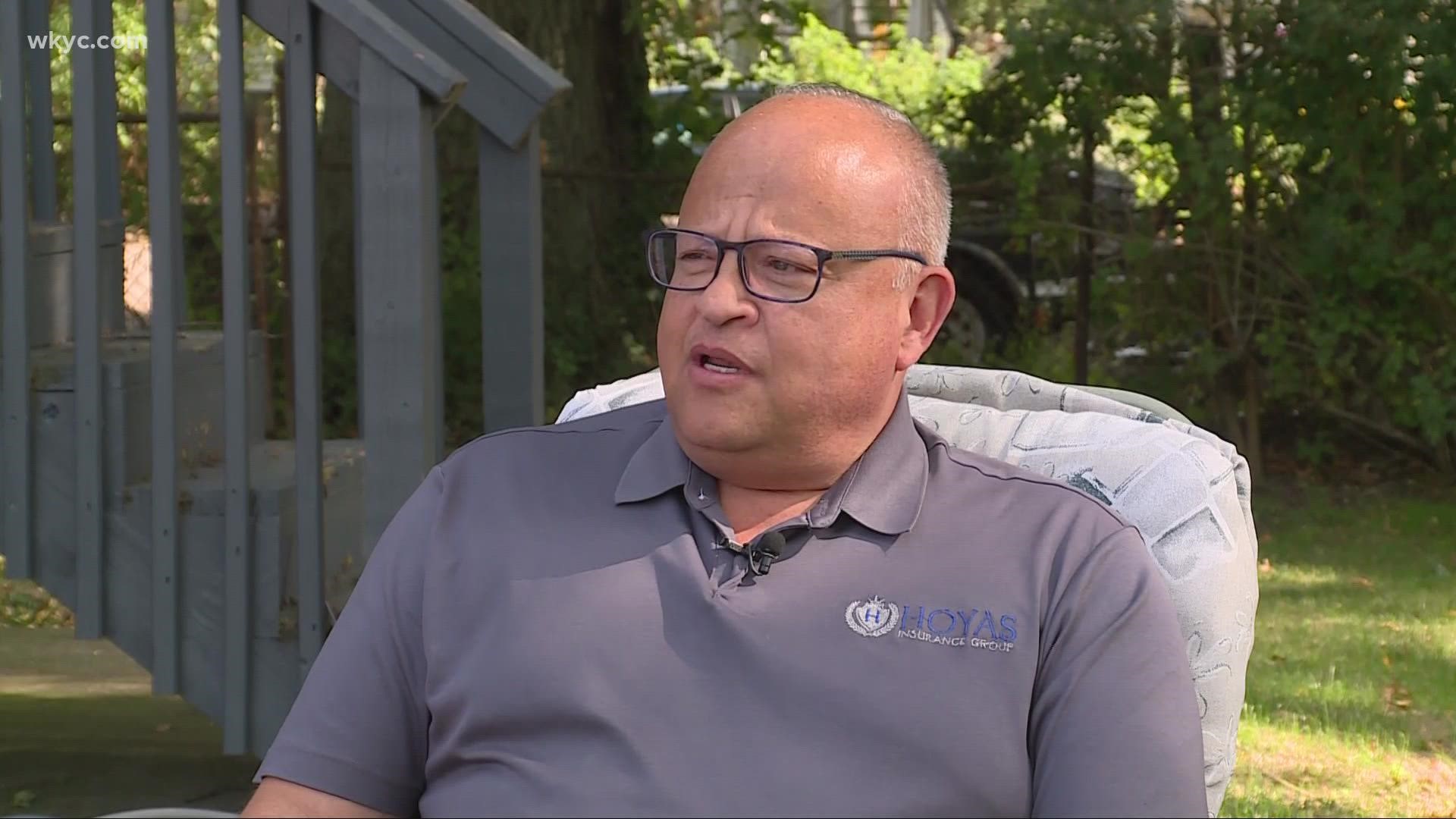 ELYRIA, Ohio — When Gus Hoyas first started his family business, he never dreamed he would be able to serve his community in Spanish.

Hoyas, a native of Colombia, came to Northeast Ohio as a child with his parents. He owns and runs his own insurance company, but it's more than that.

"I think what we need to be more involved in is share that wealth of knowledge as well as the American way of going after things."

Hoyas helps the underserved Hispanic community by guiding them where to get food and where to find a job. He's also brought along two men — Rueben Torres and Rueben Mendiola — who both work for Medicare and know the barriers to understanding the system. They have a client that just moved to the area from Puerto Rico

"There's many questions about food assistance, prescription assistance," Mendiola added. "There are other things we are doing other than Medicare."

Hoyas is now in the middle of Elyria. He previously left Twinsburg, Hudson, and North Ridgeville, not because he didn't like the cities, but because he felt his current community needed him.