“I Love The Land” musical commercial will air during our broadcasts until October 15. 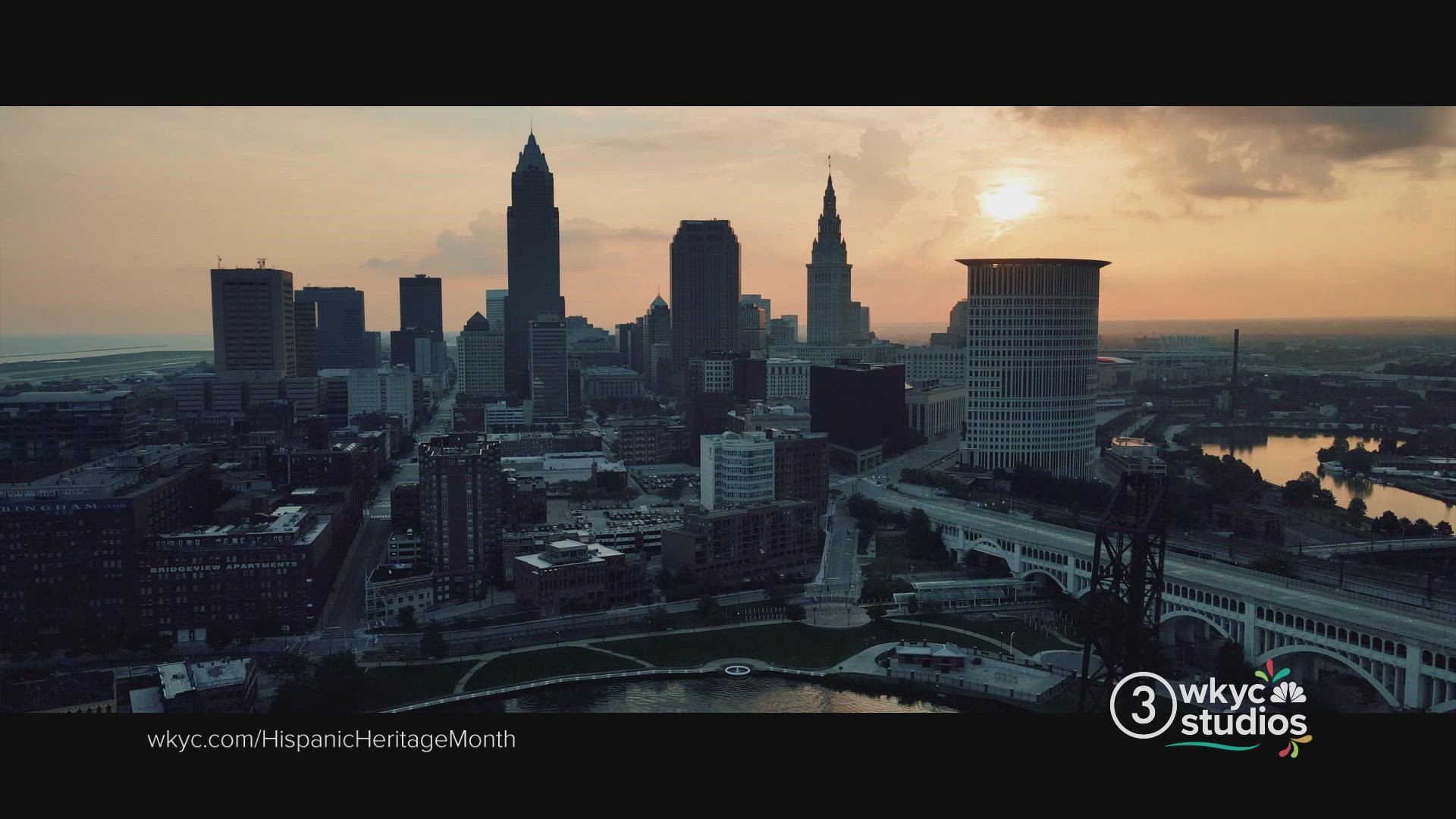 CLEVELAND — WKYC Studios is celebrating Hispanic Heritage Month in a big way, through a musical commercial. The spot features original music from The Suavecito Project, a Cleveland-based band, and Firezone Productions.

The song is called “I Love The Land,” and was written by WKYC staff.

The stars of the production are 3News Reporter Marisa Saenz and Producer Jorge Pantoja Ramos. The commercial tells the story of two friends having a fun day out while exploring the local Hispanic scene.

It’s a fast-paced video set to music, in the lyrical spirit of Lin-Manuel Miranda’s “In the Heights” film. “I Love the Land” was conceived, produced and directed by WKYC Studios creative manager Ryan Radefeld and co-produced by 'We the People' Producer Roselyn Muñiz and Pantoja Ramos. Truly a collaborative effort, the commercial features a cameo from veteran reporter Leon Bibb and was shot by John Riley with drone footage from Dominic Ferrante. Graphics created by Dan Canterna and Abbie Palichleb. Others on the production team included Sabrianna Lever and Jillian Buzzi.

The project was executively produced by Margaret Bernstein, Director of Advocacy and Community Initiatives, and Mac Mahaffee, Director of Marketing and Brand at WKYC Studios.

In the spot, a variety of sequences highlight important events, celebrations and locations that are important to the Hispanic community. For example, in Puerto Rican culture, pageant programs and crowning a queen are important as it spotlights mentoring and teaching leadership skills to the younger generation. Viewers will also notice Marisa Saenz wearing a quinceanera crown in Old San Juan Jewelers, a popular jewelry store on Clark Avenue in Cleveland. In Hispanic culture, a quinceanera, which is a Sweet 15 celebration, represents an important milestone in a girl’s life as she enters womenhood. The birthday girl usually wears a crown and a gown similar to a wedding dress.

Many of the scenes recorded in the commercial were taped at LULO Kitchen & Juice Bar on West 9th Street in Cleveland. The Colombian restaurant owners cooked delicious empanadas, rice and beans and salad for the commercial shoot. The restaurant also offers a wide range of coffee.

In addition to showcasing food, the commercial also shines a light on a variety of dances from Mexico, Chile, and Puerto Rico. Seventeen dancers in traditional attire were featured in the commercial.

The dance sequence at the end of the commercial was recorded in front of a mural called “It’s Up To Us,” located on Clark Avenue. The mural is part of a neighborhood that is referred to as La Villa Hispana (The Hispanic Village). The Clark- Fulton area houses many Hispanic stores and salons.

You can watch the 30-second spot during WKYC Studios broadcasts throughout Hispanic Heritage Month, September 15 through October 15. A longer version of the commercial will be featured on social media.

Editor's note: The video in the player above is from a previously published story.