Why Washington D.C. lacks power to call up National Guard | Connect the Dots

The Capitol riot highlights a unique problem in Washington D.C. 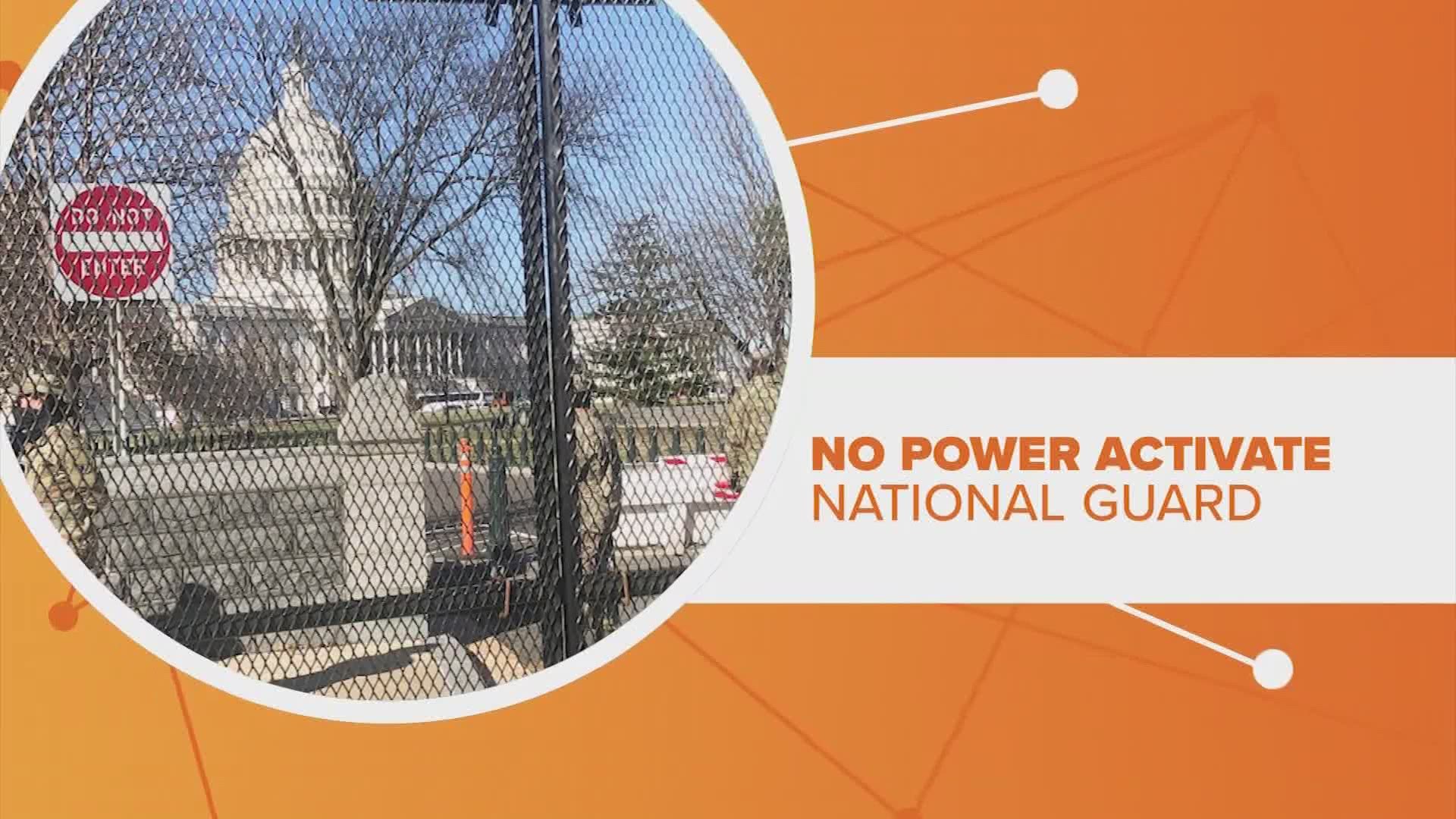 Security is increasing in Washington D.C. and state capitals after the FBI warned about possible threats from extremists. However, Washington D.C. has a unique situation when it comes to security.

When an emergency happens in a state, the governor is allowed to send in the National Guard for help. It doesn’t quite work that way in Washington D.C.

When the riot broke out at the U.S. Capitol, Washington’s mayor was not able to call in reinforcements from the guard because she is not a governor.

Technically, it is supposed to be done by the president and the army chain of command.

Guard in D.C. for inauguration security

Now concerns are increasing about security in the run up to Joe Biden’s inauguration. President Donald Trump has issued an emergency declaration for D.C. that allows local authorities to coordinate security with the Department of Homeland Security and FEMA.

At least 10,000 National Guard troops are deployed to the nation’s capital to help with security and another 5,000 are on standby.

The riot at the Capitol and the delay in getting help is renewing calls for D.C. to get more autonomy.

The city is technically under the jurisdiction of Congress and is only represented by a delegate with no voting power. That delegate has already announced she is reviving a bill that would grant the mayor of D.C. the power to call up the National Guard.

There are also new calls for granting the nation’s capital statehood.