The secretary made the announcement at the Akron Battered Women's Shelter. 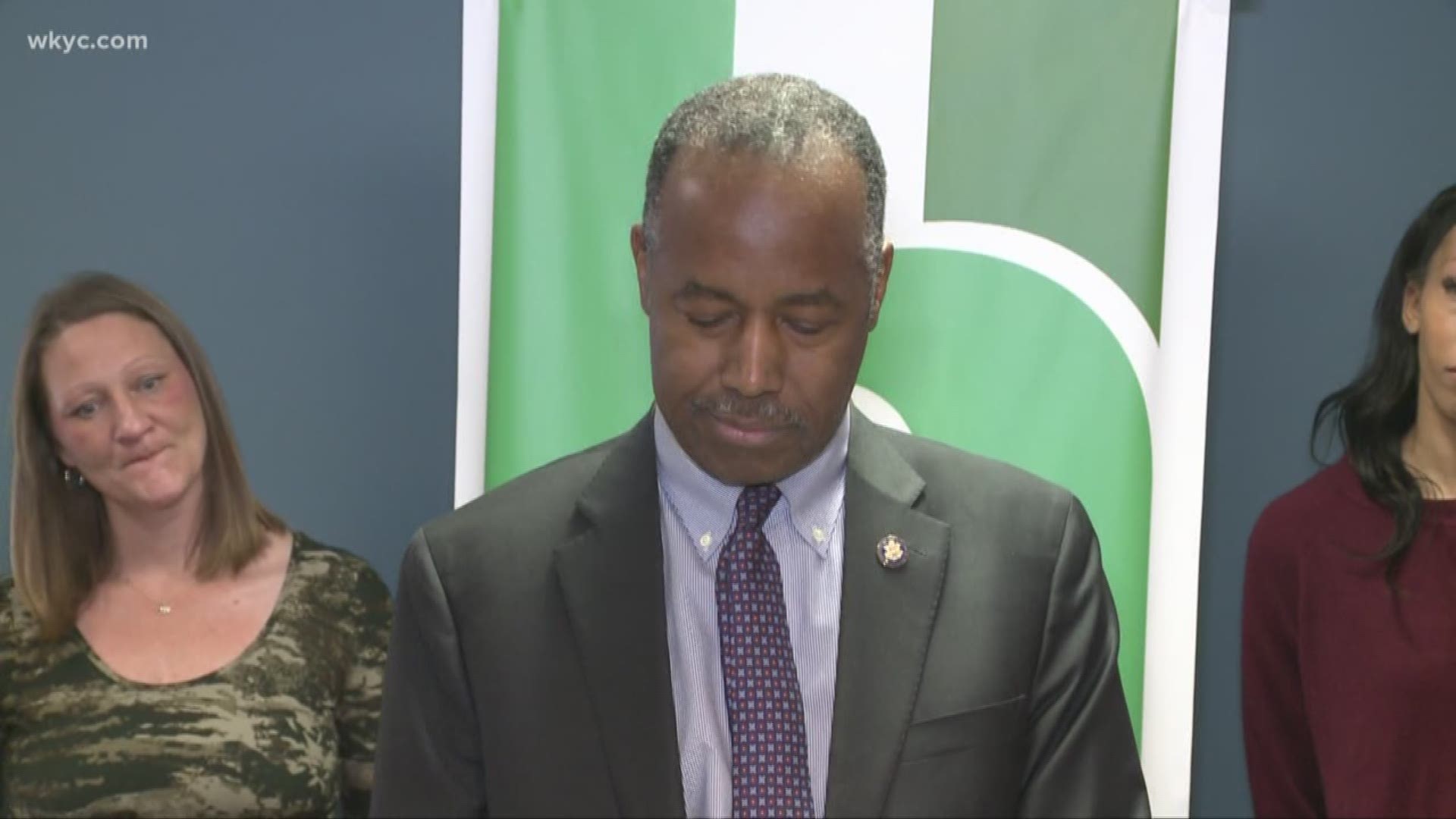 AKRON, Ohio — U.S. Department of Housing and Urban Development Secretary Ben Carson was in Akron Friday to announce the awarding of $202 million in federal grants to homeless programs throughout the country. Specifically, $50 million will go towards assisting survivors of domestic violence, dating violence, and stalking.

The secretary spoke at the city's Battered Women's Shelter on East Market St. The shelter works to aid domestic violence victims who are on the verge of homelessness, and will be just one of the organizations receiving grant money.

Eight years, ago, Terri Heckman realized shelter survivors could be considered homeless when it was time for them to leave, so she applied for federal funding from HUD.

"Our shelter got the experience running this money for a few years under the auspice of homeless by way of domestic violence," she told WKYC.

The money was critical for survivors like Judy, who wouldn't be where is today without it.

"[I now have] a three bedroom home that I would never have been able to get on my own because they helped me with the security deposit, the rental," she said.

Jason also received funding at a time he needed it most.

"My son had actually got brain cancer, and I spent about ten months of my time in a hospital, and obviously not being able to work full time HUD picked up what I could not afford," he said.

For the first time, HUD has released funding for domestic violence shelters. Akron's shelter alone received $1.7 million which will also be used to help other shelters in the state, including rural areas that will be getting money for the first time.

"[It] pays for all of their rent, all of their utilities," Heckman said. "It can pay for schooling, child care."

For up to nine months, more importantly, it gives them the confidence to start life over.

Currently the funding is helping 24 people who have since left the shelter, and there are 78 more at the shelter who may soon be benefiting.