The mayor of Bellevue, Idaho, posted on Facebook Thursday morning that Nate Silvester has been terminated from his job for continued policy violations. 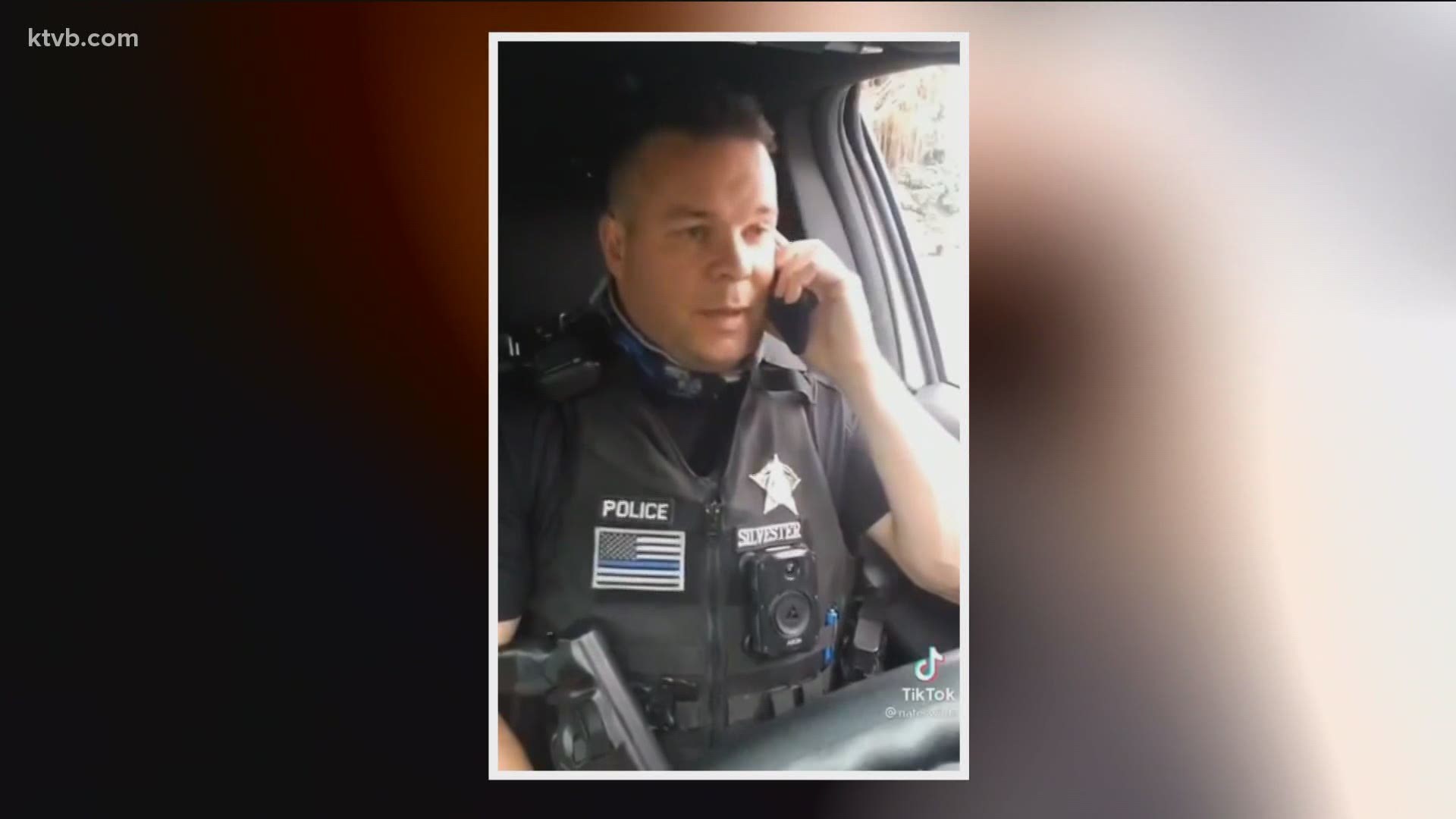 BELLEVUE, Idaho — An Idaho deputy who was placed on administrative leave a month ago after posting a TikTok mocking LeBron James went viral, is no longer employed with the Bellevue Marshal's Office.

The mayor said during his shift in the week of May 20, Silvester violated several clearly established city and state policing policies. This comes just weeks after Silvester was put on probation and given what is called a "last chance agreement" with his superior officers. Because of his continue policy violations, he was let go, the mayor said.

The mayor goes on to say that these latest policy violations have nothing to do with tone or tenor of his speech that he posts online. He was not terminated for the content of his speech. The decision made by commanders within the Bellevue Marshal's Office. The mayor added that neither he nor the city council had any influence on their decision to terminate Silvester.

Burns concludes by saying, "We wish Mr. Silvester the best, and we ask for calm and understanding."

Silvester posted a TikTok mocking LeBron James after he tweeted, and later deleted, about the officer who fatally shot Ma'Kahia Bryant in Ohio.

Soon after his TikTok went viral, the Bellevue Marshal's Office released this statement:

In a recent interview, Silvester told KTVB that he has signed a book deal with Di Angelo Publications and that the working title of his book is "Never Off Duty."

A GoFundMe that was made in the deputy's name has now raised more than $521,000. Silvester says the money raised will go to the First Responders Children's Foundation and he plans to use another portion to create a scholarship fund for displaced police officers.