According to a press release sent out on Wednesday, the company plans to bring as many as 700 new jobs to its office space in downtown Cleveland. 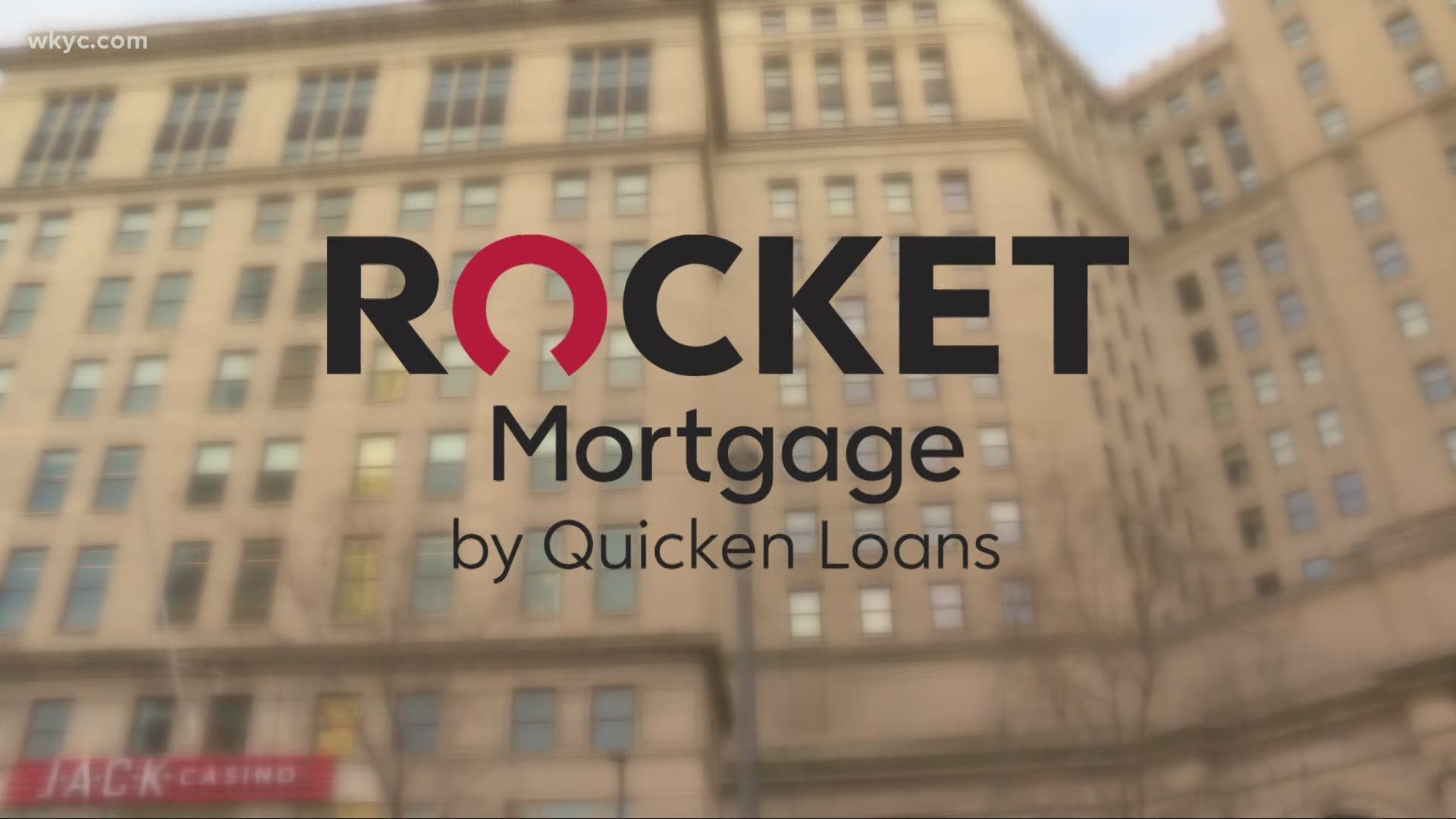 CLEVELAND — The Cleveland City Council on Wednesday approved a "Job Creation Incentive Grant" for Quicken Loans, which will help to bring more jobs and company openings to the city in the coming years.

The mortgage lender's subsidiary, Rocket Mortgage, plans to bring 700 new jobs to Northeast Ohio, occupying offices at its Cleveland headquarters in the former Higbee building. These new offices will be an expansion of the already existing work-space for Rocket Mortgage in the same building.

According to a press release from the City Council of Cleveland, the company will begin by hiring 180 new employees this year, and within the next five years, plan to bring in 500 more.

The grant will provide $75,000 to the company in 2021, but will amass to nearly $1 million over the next five years as long as they fill the 700 positions previously mentioned.

RELATED: US jobless claims drop to still-high 847,000 as pandemic rages

Estimates say that the average wage for each position would be roughly $75,000, bringing in roughly $1.31 million per year in taxes for the City of Cleveland.

For councilmembers, passing the grant for Rocket Mortgage was a no-brainer. "I don't see a downside to this," said Kerry McCormack, councilman for Ward 3, which includes downtown. The incentive grant is conditional, so if Rocket Mortgage does not meet the jobs or payroll numbers, it doesn't receive the incentive.

The company issued this statement to 3News:

“As the company named the best place to work in Northeast Ohio two years in a row, Rocket Mortgage is proud to continue expanding our team in the city and to have a role in its continued growth. Among the many lessons we have learned over the course of the past year, one of the most important is that the state of ‘working in the office’ has forever changed. We learned that we can successfully work from anywhere, which makes this partnership with Cleveland, and our commitment to adding high-paying jobs to its workforce, even more significant. We are invested in the future of Cleveland for all its residents, including our hundreds of team members who call it home."

The company, which currently employs 500 people in Cleveland, told the city council that the jobs will not require college degrees and will include training in financial-service technology.

RELATED: Police looking for suspect that shot a driver and his dog on Cleveland's east side