A quick search on Indeed found more than 3,200 available restaurant jobs within just 25 miles of Cleveland. 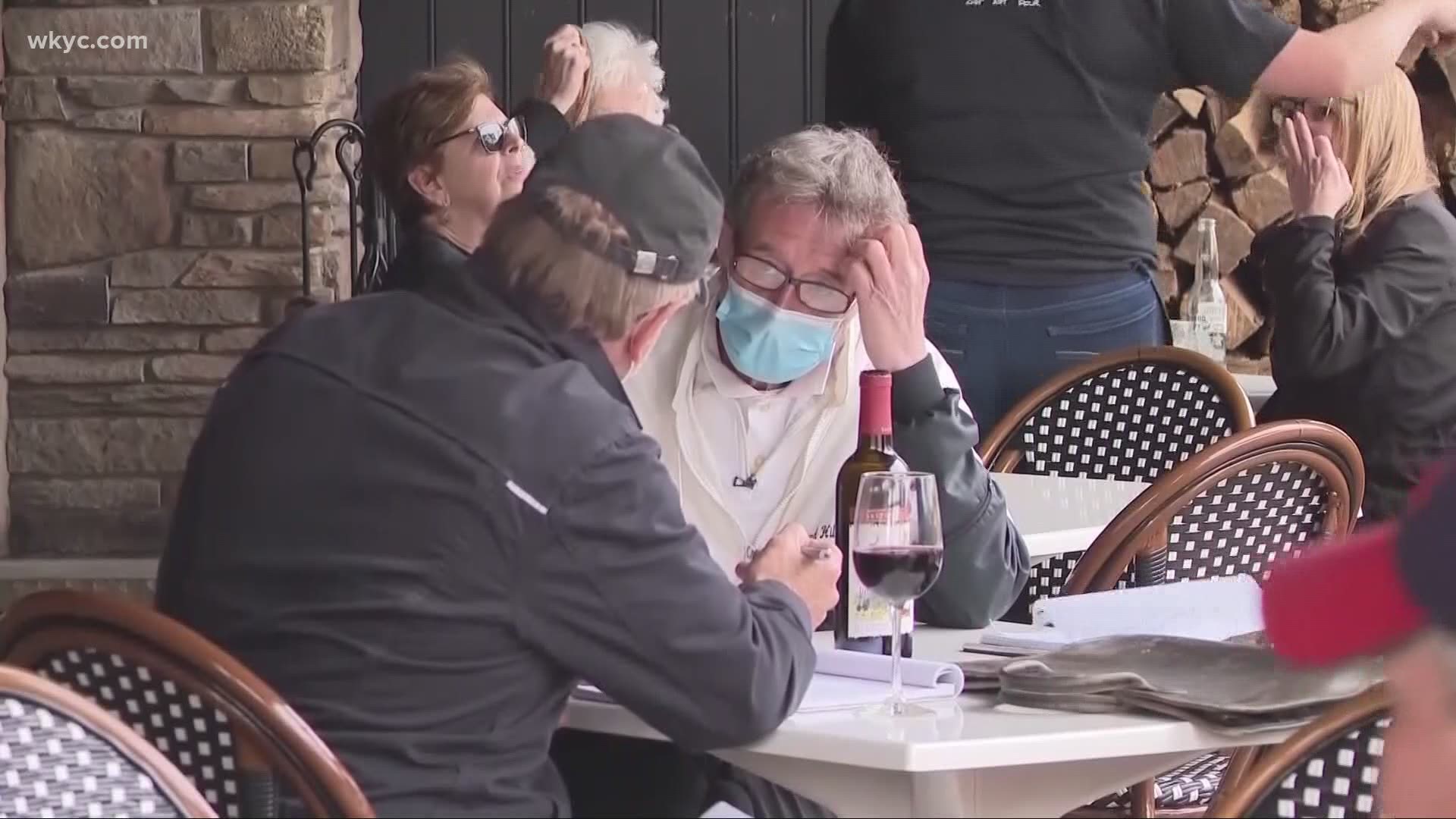 CLEVELAND — As the weather warms up and vaccination numbers rise, more and more people are getting back to somewhat normal activities. However, as restaurants try to ramp back up to meet demands, they're finding another challenge on their plate.

"The staffing is difficult," says Joey Fredrickson, owner of Society Lounge and Sixth City Sailors Club in downtown Cleveland, told 3News. "I never really had a budget to spend on hiring; now we're doing like $100 a week on multiple roles."

It's not just a problem for Fredrickson: A quick search on Indeed found more than 3,200 available restaurant jobs within just 25 miles of Cleveland. It's an issue Fredrickson believes could be tied to some people holding out for their old jobs to return, or possibly the boosted unemployment money.

"It definitely doesn't put the urgency out there," he said. "There's a sense of urgency that happens when people need jobs, and that's just not going to be there."

On a larger scale, the country's new unemployment claims are back up this week, and higher than economists expected at 744,000. In total, more than 18 million Americans that remain on some form of unemployment.

Fredrickson claims if restaurants try to raise certain wages to compete with the increased unemployment money, it will lead to increased food and beverage costs for consumers.

To deal with the trouble hiring and the short staff, Sixth City is currently only open some days of the week. Fredrickson says they plan to go seven days a week starting on April 22, and even if he has to jump in to cook, they'll be open then. Until then, he'll just keep posting his jobs and crossing his fingers, hoping the right people see it soon to help the restaurants meet the resurgence in demand.

"Right now...I have to keep spending money on Indeed posts, Craigslist ads and throwing things on Facebook," Fredrickson said. "You can't hit a home run if you don't swing, so I'm just going to keep on swinging."