Thanks to job creation tax credits, Ohio has convinced several big companies to invest more than $606 million in the local economy, and they're hiring 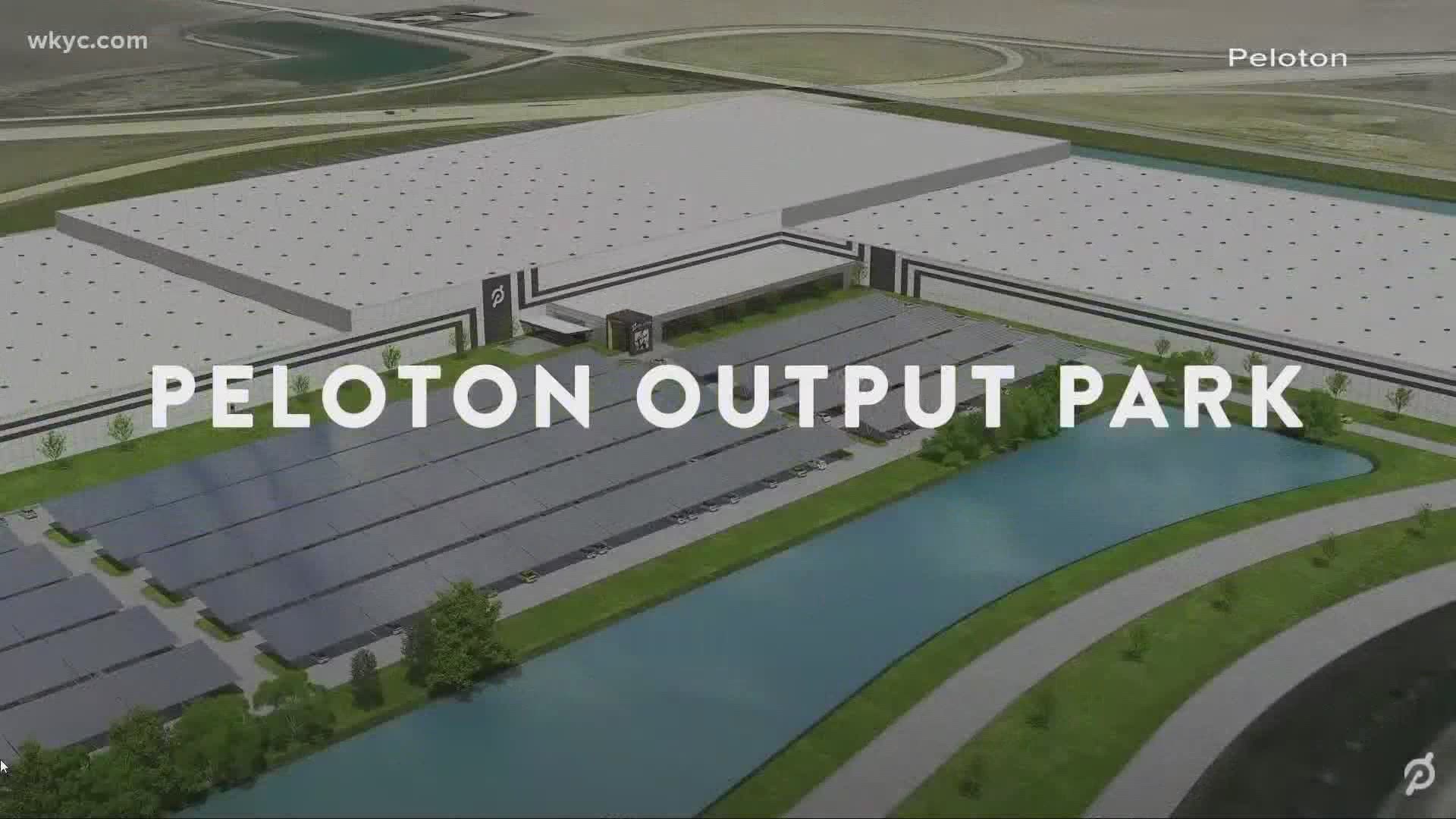 OHIO, USA — Ohio is about to see a hiring boom. Between companies building new facilities and others expanding, several major corporations are collectively looking to hire thousands of employees all across the state.

By offering job creation tax credits, the state has enticed several global companies to invest more than $606 million in our economy and create more than 3,000 new jobs.

"We knew that coming out of the pandemic, we need to have an economic recovery and an aggressive one," Ohio Lt. Governor Jon Husted said. "And we're courting a lot of these businesses."

In all, nine projects covering eight Ohio counties are moving ahead, resulting in nearly $189 million in taxable income for the state. The biggest boost is coming from fitness company Peloton. It's building its first dedicated factory starting later this summer leading to more than 2,000 positions just outside the Toledo area.

Just west, in Williams County, automotive supplier Matsu is investing more than $4 million to create 104 jobs at its plant.

"We're excited for the people of Northwest Ohio who will get a big economic boost," Husted said. "We know that this will mean a lot for families who have these jobs, it will be tax revenue for the local communities."

RELATED: Peloton to build first U.S. factory in the Toledo-area

It will also mean a lot to people like Beverly Allen, who lives in Northwest Ohio but reverse commuted to Peloton's Cleveland location for two months, and just got promoted.

"I started getting a little frustrated, and wondering, 'Am I going to find something?' And when I looked outside of my ZIP code that I lived in, I was able to find something," Allen said. "So you may have to be a little more flexible."

In Central Ohio, Bath and Body Works is building a one million square-foot distribution center, bringing 500 jobs to the Columbus area. Then in the southwest part of the state, aluminum manufacturer Magnode is creating a facility in Butler County which should employ more than 170 jobs.

All of this development has helped Ohio rank number two in the country for total new business projects, and number one for its projects per capita. But getting the business is one thing. We still need to deliver the workforce, which is why Husted and Gov. Mike DeWine are on an aggressive campaign to get people trained.

"Everyone wins when we get this right," Husted said. "The business provides the services and the products to their customers and competes against their competitors around the world. And people get the job skills, job security, higher wages and a better quality of life."

There are 99,000 jobs that pay more than $50,000 on the Ohio Means Jobs websites, and programs which will pay to train you for some of them.

Editors Note: The video in the player below is from a previously-aired story.