The Mutual UFO Network (MUFON) says most sightings have an explanation. But there are some that do not. 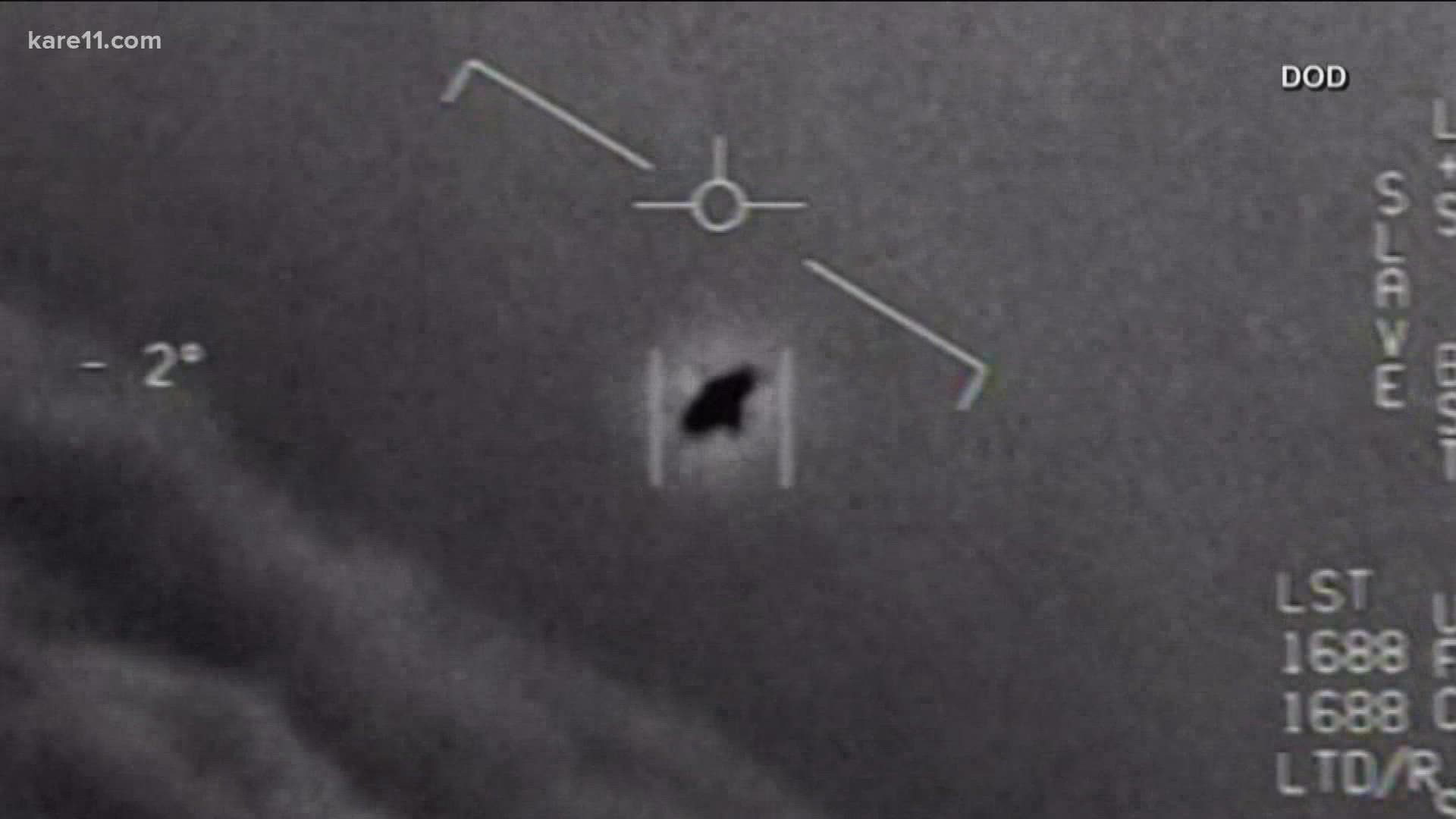 GOLDEN VALLEY, Minn. — Unidentified flying objects (U.F.O.s) or unidentified aerial phenomena (U.A.P.s), whatever acronym you or the government likes to use, they fascinate people.

A recent Pentagon report admitting to UAPs has people talking, once again, about what is in our skies.

None of this is new to Tom Maher, the Minnesota director of the Mutual UFO Network (MUFON).

“We are a non-profit organization,” said Maher. “We are private citizens, and we collect UFO reports and investigate sightings.”

In Minnesota, some 80 volunteers meet monthly assigning and investigating anywhere from six to 20 newly reported local UFO claims a month.

“There's people like 'there's no evidence at all!' and well, have you looked?” said Maher.

And that's exactly what they do, look.

Last year, MUFON Minnesota completed 103 UFO sighting investigations. Of them, three were identified as hoaxes, 53 were explainable objects like planets or small aircraft, and the rest lacked enough data or were simply unexplainable.

So far this year, the group has received 45 sightings.

We received access to them. Here are some of the most intriguing.

Polk County, a dog appears to be chasing a green orb on the prairie grass.

Fortunately, some sightings are easily explained.

Here, investigators determined the sunlight is reflecting off the camera lens producing the orb.

Lino Lakes, a pulsating light is reported over a neighbor's house.

The investigator concluded it's likely a star.

MUFON-MN suggests autokinesis is at play. That’s where stationary objects can appear to move.

Credit: MUFON
A UFO sighting reported in Mahtomedi, Minnesota, explained by MUFON as lights from a SpaceX satellite.

Shot in Mahtomedi, the video shows a string of 20+ star-like figures moving in a straight line.

It's a common sighting, and quite explainable, according to Maher.

“When someone says there's 30 or 40 in a row, overhead, going in a straight line, SpaceX just launched a bunch of satellites. It's a pretty good chance. So we go and check it out and line it up and go ‘yup, we are pretty certain that's what it was’. They are compelling, they are interesting, but it's Elon Musk again throwing us off,” said Maher.

A husband and wife delivering newspapers in Faribault about 3 a.m. shot this hovering disc of lights. The MUFON report suggests the object was three to five miles from the witnesses. The event last “a few minutes before the flying object disappeared from the area.”

The MUFON investigator concluded, “After analyzing the cell phone footage and the picture of the craft it is my opinion that the evidence is genuine and no obvious signs of a hoax or of some other natural explanation can be found.  The Disposition is Unknown - UAV.”

In St. Paul, a tight formation of lights that do not appear to match the path of SpaceX satellites. The investigation is in progress.

In Le Sueur County, another tube of flashing lights appearing to move at high speed.

If you have video or a photo of something you believe to be a U.F.O., you can submit the sighting to MUFON.