Kentucky voters are jumping onto the absentee ballot request portal. However, it will take a while before the first ballots are sent out. 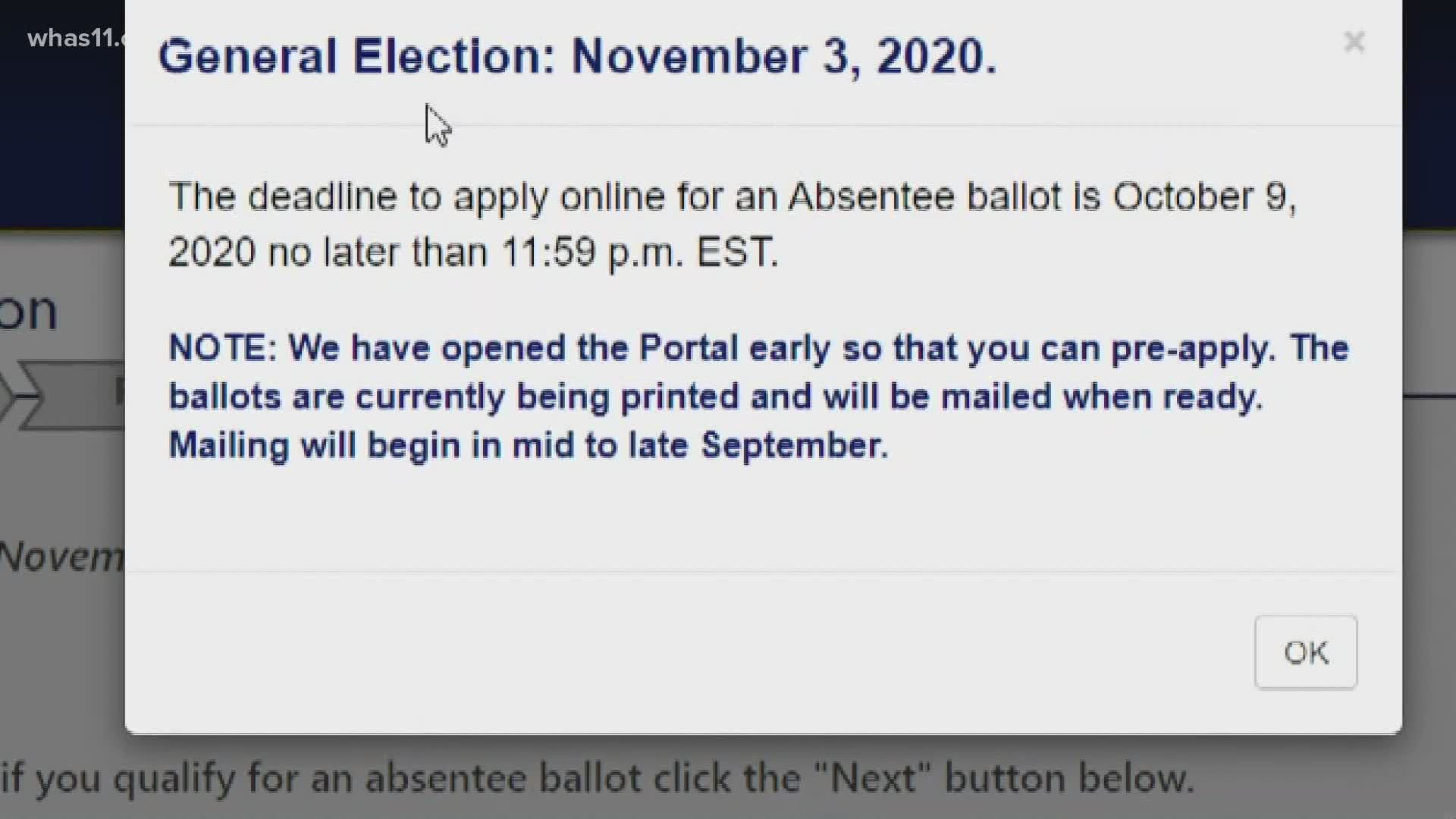 FRANKFORT, Ky. — A record number of Kentucky voters cast a ballot in this year’s primary election. Much of that turnout was credited to expanded absentee or so-called “mail-in” ballots.

Another record turnout is expected for November’s General Election. In fact, Kentuckians have swarmed to an online portal to request an absentee ballot as soon as it went live on August 21.

RELATED: How to request an absentee ballot in Kentucky

The first ballots are weeks from being ready, so anxious voters need to be aware of the timeline.

Kentucky Board of Elections officials explained that county clerks need to approve ballots and deadlines for independent candidates joining races is early next month.

That means most ballots won’t be approved until approximately September 10th. The Board of Elections recommended ballots not be mailed out until September 14th. That means the earliest that the early requesters should expect a ballot in their mailbox is about September 20th.

“We wanted to open the portal early so that people could have the opportunity to go ahead and get their requests in but they need to understand that they won't receive any ballots until at least mid-September”, Board of Elections Chairman, Ben Chandler said.

The advice from Jefferson County Clerks' officials is that if you request a ballot right now, don't call and don't panic until October 1st.

RELATED: Voter Guide 2020: Everything you need to know about voting in Kentucky

You have until October 9th to request through the portal and Jefferson County is already seeing heavy traffic. “We have a total of just a little over 25,000 people who have requested a ballot”, said Jefferson County Clerk’s Office Spokesman, Nore Ghibaudy.

Mr. Ghibaudy said that total, in the first few days that the portal was online, equates to more than 10 percent of the Primary Election turnout.
The Secretary of State's Office told us that 110,000 have clicked since it launched on Friday.

Whether you're clicking now, or later, one piece of advice is key before you send your ballot it; you must sign both the inside and outside of the envelope. Directions will come with your ballot. If you don't sign both envelopes, your vote won't be counted and you want your voice to be heard.