Dozens turned up on Mother's Day to protest the skeet shooting at the Club in Lake County. 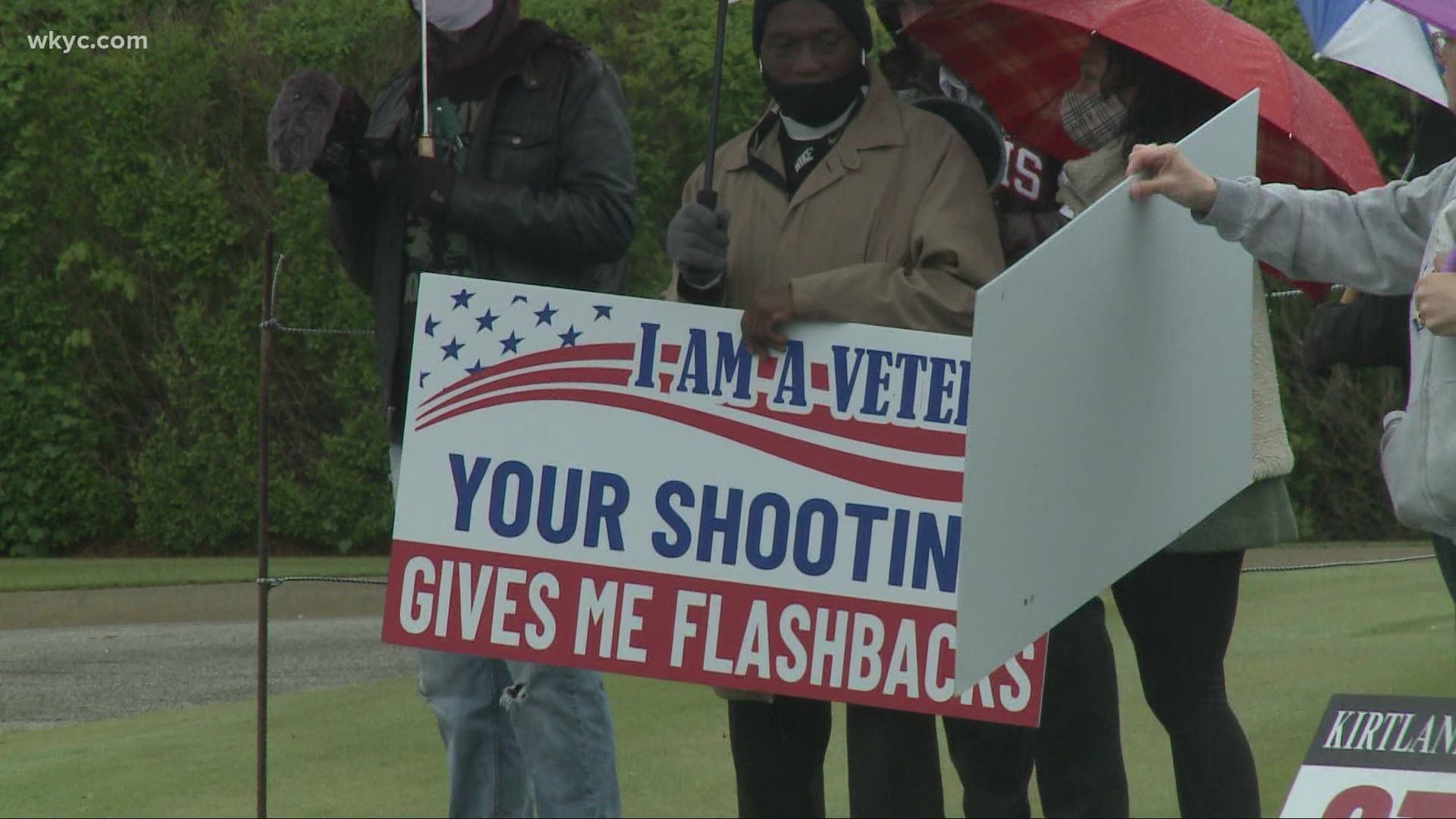 KIRTLAND, Ohio — Dozens of Lake County residents turned up on Mother's Day to protest "off-season" skeet shooting at the Kirtland Country Club, a practice which protesters argue is dangerous and hurtful to neighbors.

Organized by the Silence the Shooting Committee, supporters showed up with signs calling the club a "bad neighbor," "public nuisance," and "pet abusers," asl well as asking for the Club to "end the noise, and "stop hurting veterans."

Several veterans also turned up to the protest with signs also with signs saying "I am a veteran. Your shooting gives me flashbacks."

"The Kirtland Country Club strictly prohibits its members from skeet shooting, April 1 through October 31, because it would be a devastating distraction for its golfers, tennis players, and dining patrons," the Silence the Shooting Committee said in an advertisement ahead of the protest. "But the club deems it perfectly acceptable to subject their neighbors, which includes over 500 families, several churches and schools, including Lakeland Community College, and dozens of businesses to the barrage of gunfire during their off season, November 1 through March 31."

In a 13 minute video posted to Youtube earlier this year, several neighbors and Kirtland residents spoke out against the Club's "off season" shooting.

"This is very high on my stress level-- the gunshots-- because I have flashbacks of being in a firefight when I hear the gunshots," says Richard, a Kirtland resident and U.S. Army veteran of the Vietnam War, in the Youtube video.

The Kirtland Country Club says they are well within their rights to allow the skeet shooting.