After spending about a month in the hospital, a 73-year-old Kirtland man beat the odds against COVID-19 and is back home. 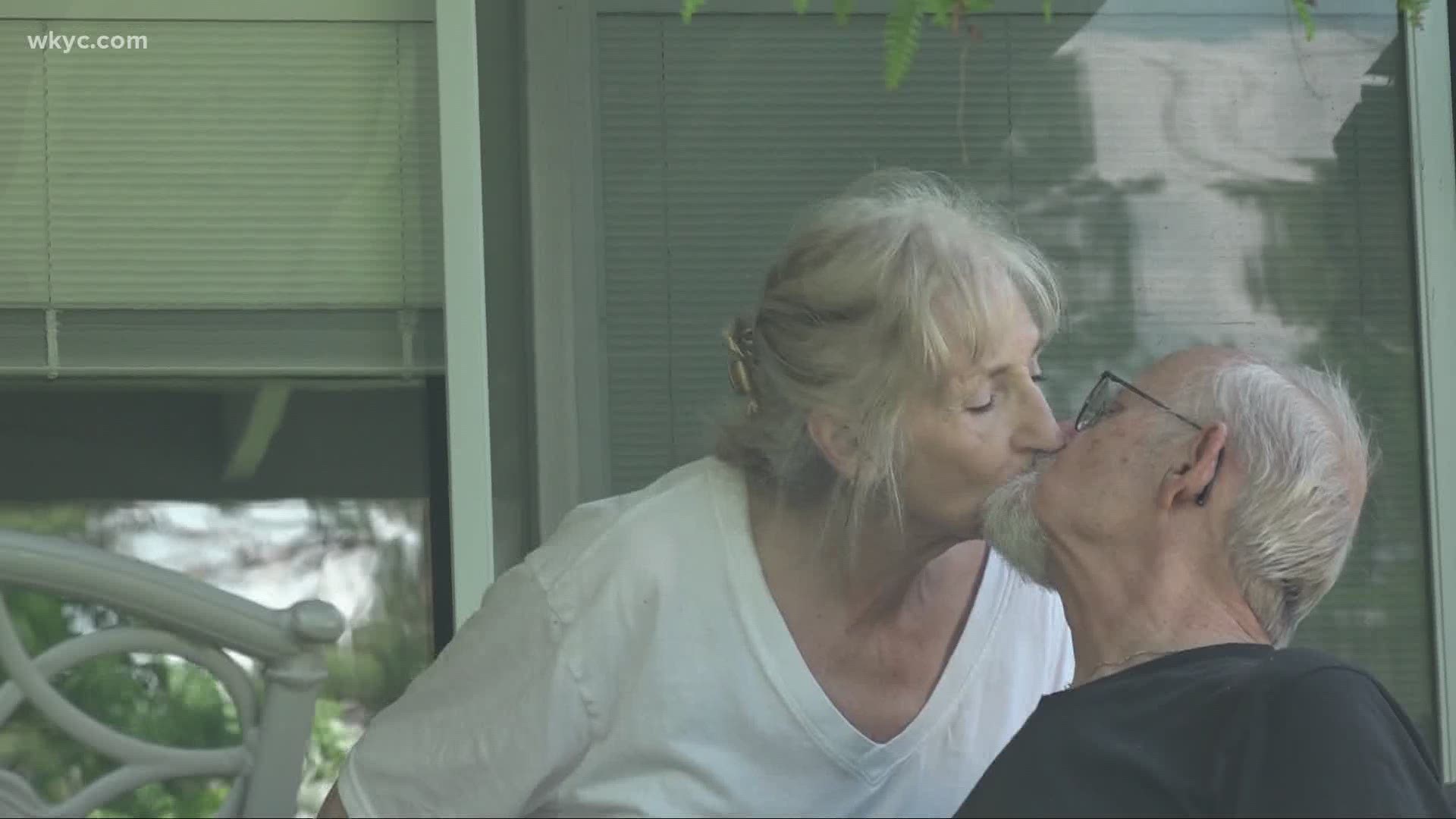 KIRTLAND, Ohio — After being diagnosed with the coronavirus at over 70 years old, a local man has beaten the odds and is finally back home.

“Everybody in the family says that I’m just too stubborn and stupid to die, so I guess that’s part of it,” says Kirtland resident, Bruce Carter.

Carter is 73 years old and has been called a lot of things in those 73 years. The stubbornness, he’ll own because after all, it landed him his wife nearly 54 years ago.

Bruce’s stubbornness may have also played a role in beating COVID-19. At 73-years-old, he knew the odds were not in his favor, but he refused to give in.

“I’m kind of single minded in some ways,” says Bruce. “I’ll do anything for anybody, but I don’t like being pushed and I guess maybe that was it.”

Bruce spent about a month at Lake West Medical Center battling the Coronavirus, most of which in the ICU and most, he doesn’t remember in the slightest. In fact, looking back at it, he says the whole ordeal was more difficult on his family.

Bruce says, “I’m more sorry that they had to go through it than me. I’m sure they went through a lot more emotional times and stuff than I did. I was just kind of there sleeping it off or whatever. They had a lot more stuff to put up with than I did.”

“I never prayed so hard in my entire life,” says Kathleen. “When he went into the hospital, I took his cross off of him and I wore it everyday until he came home. I said, ‘you’re going to come home one way or another to me, I’m not going to lose you.’ Not after all of these years.”

Now Bruce is back at home in Kirtland, wearing his cross once again. He still needs to oxygen therapy on and off, but spends most of his time relaxing on his back porch that’s more like a garden. He knows he beat the odds and knows he’s not going to waste this second chance. After all, his stubbornness wouldn’t allow that.

“I’ve never been outwardly religious and stuff so it’s kind of tough for me, but for whatever reason he didn’t want me. Whether he still got something for me to do or what, I don’t know. He could have had me if he wanted me.”