A resident captured video of the young bear snacking on bird seed in their back yard. 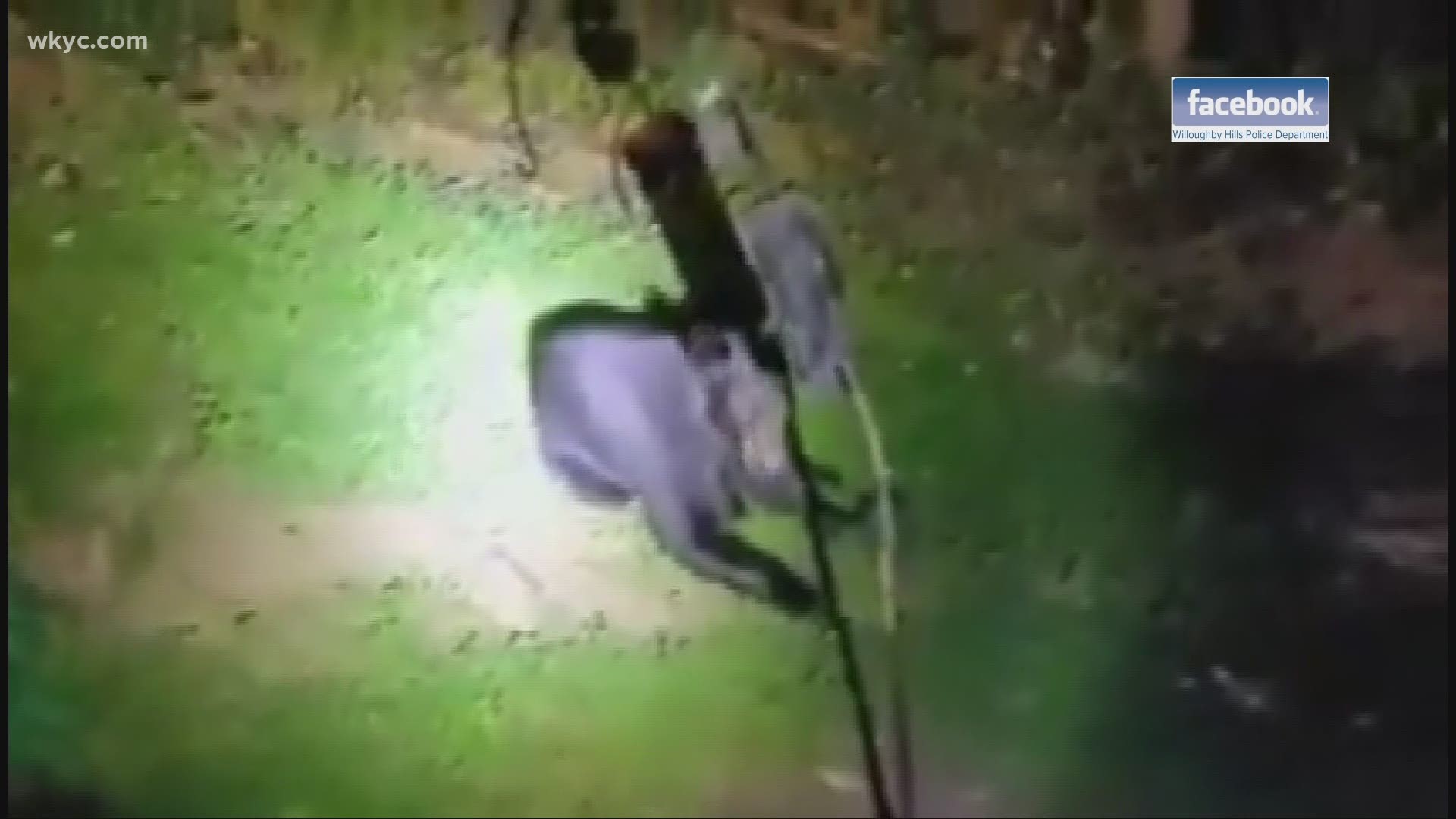 The resident caught the bear eating from a bird feeder in their backyard and took video of the incident. The resident lives near Manakiki Golf Course, and this was just one of several recent sightings, according to Willoughby Hills Police.

But not to worry.

"No reason to panic though, as Lake County is one of the common places in Ohio to spot a black bear," Willoughby Hills Police said in a Facebook post on Monday. "WHPD reminds everyone who is lucky enough to spot a black bear to always leave the animal alone and be cautious in vicinities where bear have been sited."

The post goes on to point out that black bears are omnivores, meaning they eat plants and meat, and they are also opportunistic and will eat whatever they can get their paws on. Mostly, though, black bears eat berries, grasses and insects. They have been known to get into unsecured trash cans and bird feeders as well.

Willoughby Hills Police offered some tips on what you should do if you ever come face-to-face with a black bear. First, don't corner the bear. Make sure you leave it with an escape route.

"Black bears tend to be skittish and want as little contact with you as you do with them - so avoid the close up photo op," police said in their post.

Next, they suggested putting garbage cans in your garage or a shed where the bear won't be able to access them. Also, don't let your small pets outside unsupervised. You might also want to consider moving your bird feeder, as well as cleaning up any drippings from your BBQ grill when you're finished cooking.

If you happen across a bear, STAY CALM. Police say a bear is likely more scared of you than you are of it. Some additional tips from the Ohio Department of Natural Resources include: