Many customers found out the bad news of Noah's Event Venue closing by social media. 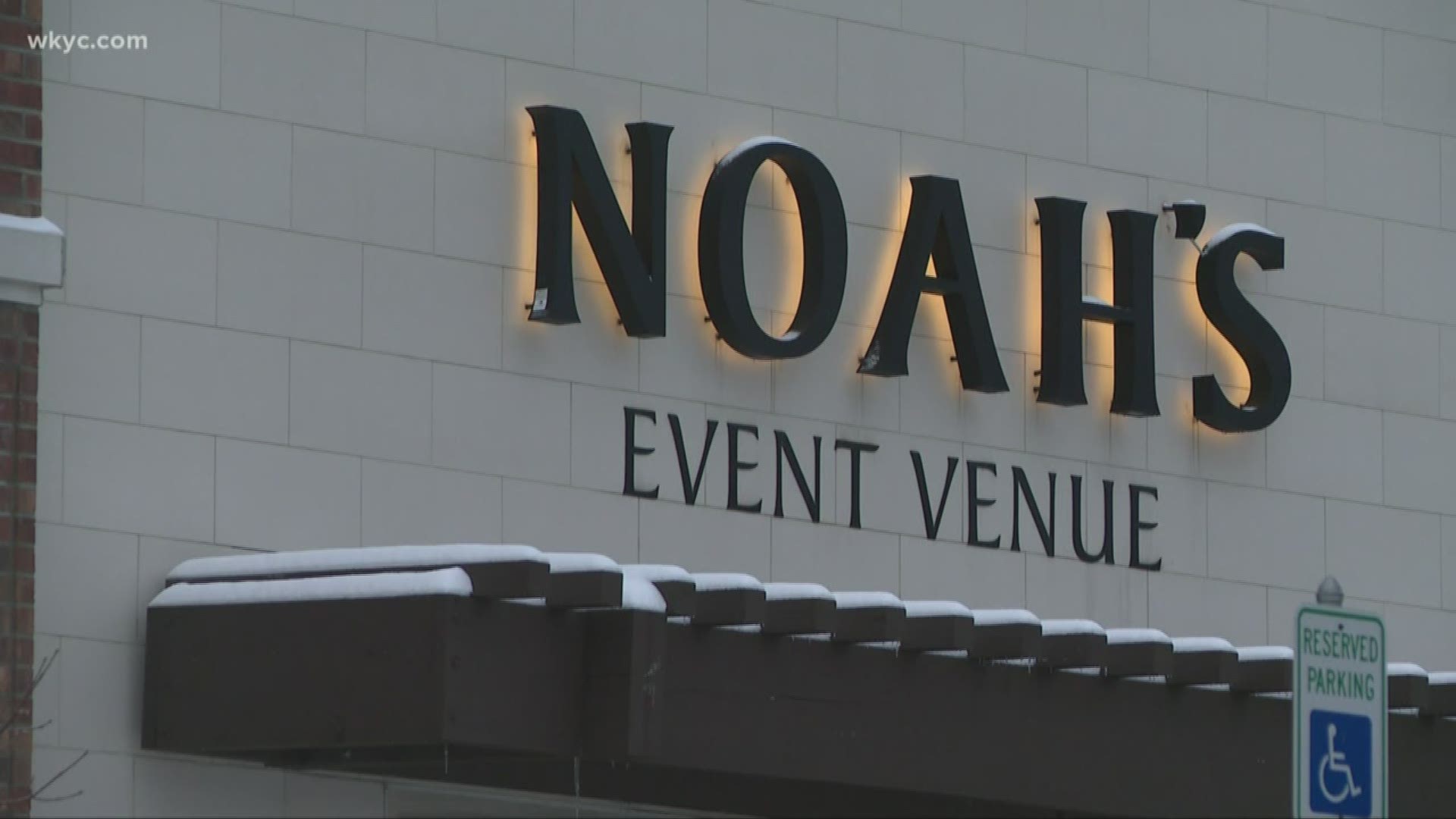 MENTOR, Ohio — A bankruptcy judge in Utah forced a rude RSVP for dozens of couples and party planners Thursday by ordering Noah's Event Venue to close its remaining reception halls, including a location in Mentor.

"I've cried twice already," said Shatara Bateman, a small business owner and Army vet, planning a wedding celebration for later this summer. "It's hard because it's our hard earned money and now it's gone and I don't know if we're going to get anything back."

Bateman found out, like many, as word spread on social media Friday.

At its height, Noah's Utah-based operating company had 42 event centers across the country, but expensive leases drove it into bankruptcy last May.

Since then, dozens of locations closed, often with little or no notice and with no way to speak to employees on the phone or in-person.

"The company hired a restructuring officer and he had a solid plan for reducing costs," said Kenneth Cannon, an attorney with Durham, Jones & Pinegar in Salt Lake City, Utah. "Traditionally, this time of year is some of the highest revenues when people are booking weddings, but the closings led to bad publicity and a really, really bad January instead."

At a hearing Thursday, Judge Joel Meeker heard those projections and told the operators the company could not go on.

Employees at the company had warning, but never shared that with deposit holders. That tracks with the hope they could get back in the black with a strong 2020. Instead, many customers found out by social media.

"It has just kind of been devastating," said Kimberly Trelly, a party planner from North Little Rock. "I had one bride hyperventilate. I had one bride to say, 'Miss Kim, I know that you have this in your hands.'"

But now Trelly has her hands full, trying to relocate four clients left high-and-dry by Noah's. As word spreads, offers to help rolled in.

"We've been talking with them about providing services at a discounted rate for these brides that have had this tragic incident to happen," Trelly said.

The nature of bankruptcy means brides like Bateman have to get in line along with every other creditor and ask for their money back. Cannon said there could be as many as 7,500 people stiffed by Noah's.

"Unfortunately, this case will probably move from bankruptcy court to a total liquidation," Cannon said. "There's just not going to be any money left."

Bateman is already legally married to her husband. She wanted that white wedding with her five kids in front of the whole family. Now, she's not sure whether to even look for someplace else.

"When I walked in [Noah's], I just automatically knew that was the place that I wanted to have my wedding," she said. "I'm kind of in limbo now. I don't know if I even want a wedding now after what happened."

For those Cleveland-area couples who are struggling to find replacement venues for their dates with Noah's, Ryan & Nicole Sebrasky have a Facebook group called Northeast Ohio Wedding Resale that can help. They currently have a post pinned at the top of the group page dedicated to helping brides and grooms find replacement venues for their dates that were booked with Noahs.

RELATED: It's engagement season: Study says more millennials are asking for donations to fund their weddings