Davis-Besse in Ottawa County could close by 2020 and Perry by 2021 unless FirstEnergy finds a legislative solution on the state or federal level to keep the facilities open. 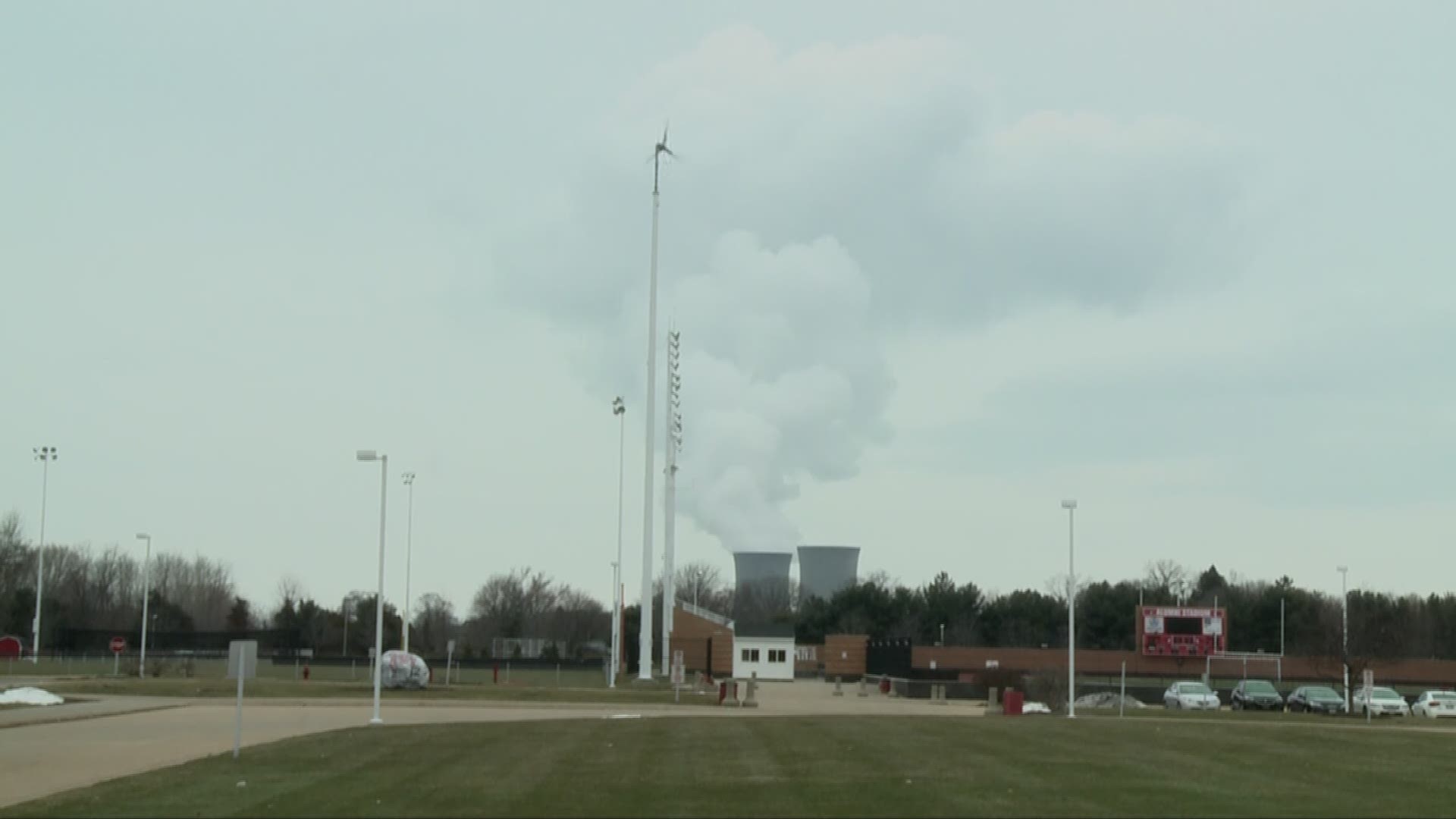 AKRON - FirstEnergy Solutions (FES) announced late Wednesday that it has filed a deactivation notice for its Perry Nuclear Power Plant, Davis-Besse Nuclear Power Station and its plant in Pennsylvania.

The move means that Davis-Besse in Ottawa County could close by 2020 and Perry by 2021 unless FirstEnergy finds a legislative solution on the state or federal level to keep the facilities open.

The company notified the Nuclear Regulatory Commission of the deactivations, and a required written notification will be made to the agency within 30 days, according to FirstEnergy.

Channel 3 talked to several employees at FirstEnergy, including Steve Hill and Jamie Platt. Platt and Hill said they still believe in nuclear energy.

“I’m kind of flabbergasted and that we now we have now until then to hold a discussion and come to an understanding. This industry like many other states Illinois, Pennsylvania New York needs to be regulated,” said Jamie Platt, First Energy employee.

They said despite the push for wind, solar and other green energy, there is still a need for nuclear energy.

“Gas rates, home rates going out the roof where the average person can’t hit their own home, so I think I see it is a sad thing to see nuclear power go,” said Hill.

The Lake County Commissioner said he expects FirstEnergy to file for bankruptcy on Friday, but is still hopeful.

“Our governor so far has not yet shown any interest in this and we’re hoping that when that changes we have a new governor who’s going to care about our community,” said Jerry Cirino, commissioner. “This is not over yet. We stand a good chance of getting the right parties together to solve this problem.”

Cirino said he hopes to work with lawmakers and the local community to save the plant, after FirstEnergy files for bankruptcy.

"Obviously, we have been keeping a close watch on First Energy’s position concerning the Perry Nuclear Power Plant," Perry School Superintendent Dr. Jack Thompson told WKYC in an email. "This most recent announcement does not come as a surprise. We will continue to work with legislators, ODE, and all stakeholders to ensure we respond appropriately to the financial challenges in our future."

If the three plants are deactivated, it would result in the loss of more than 2,000 jobs and millions of dollars in tax revenue to the surrounding areas. The Perry Nuclear Power Plant alone employs more than 700 people.

FirstEnergy noted that the plants had contributed more than $540 million in taxes to their local communities. It stated it would continue to look for solutions, including potential buyers, as alternatives to deactivation.

The total capacity of the nuclear plants to be deactivated is 4,048 megawatts.

FirstEnergy CEO Chuck Jones told investors in February there was an increased likelihood that nuclear plants such as Davis-Besse and Perry will not be able to operate through the end of their useful lives, due to the inability of energy companies to receive needed legislative or regulatory support.

Normal operations will continue at Perry and Davis-Besse while FES seeks legislative solutions as an alternative to deactivation or sale, according to the company's release.

“The decision to deactivate these facilities is very difficult and in no way a reflection on the dedicated, hard-working employees who operate the plants safely and reliably or on the local communities and union leaders who have advocated passionately on their behalf,” said Don Moul, president of First Energy Solutions Generation Companies and chief nuclear officer. “Though the plants have taken aggressive measures to cut costs, the market challenges facing these units are beyond their control."

Read the company's entire release below: