Council voted 6-1 to fire Nosse, who had 13 allegations against him. 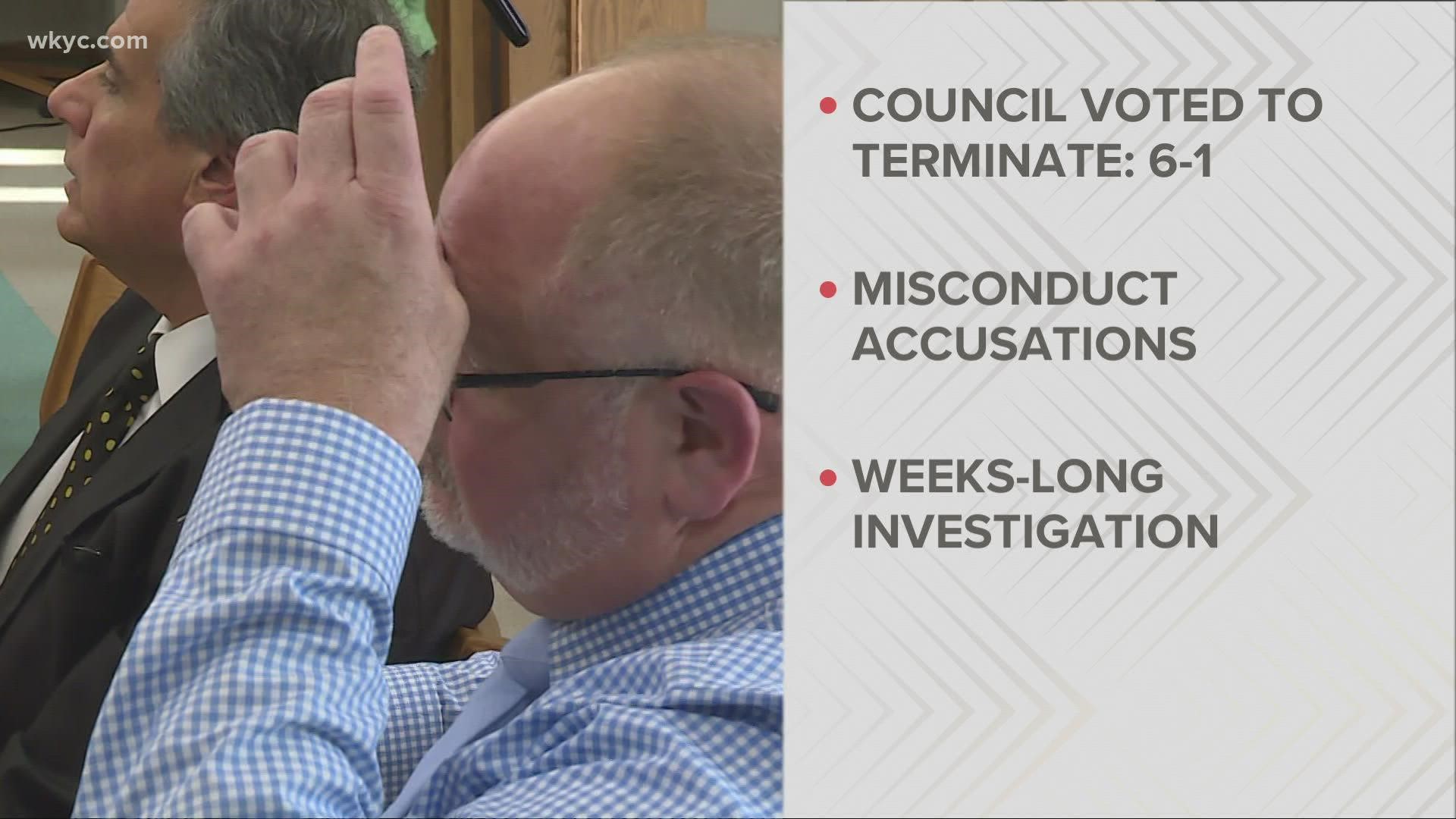 KIRTLAND, Ohio — Editor's Note: The above video is from previous reporting on this story

Council voted 6-1 concurring with Mayor Kevin Potter's request to terminate Nosse, who had 13 allegations against him. The allegations ranged from harassment to drunkenness. Potter confirmed the firing of Nosse in an email to 3News.

The 13 allegations against Nosse were contained in a letter sent to the now-former chief at his home last month by Potter.

A member of the Kirtland Police Department for 24 years and its chief since 2017, Nosse had been under scrutiny for at least three months and initially resigned earlier this year. He later rescinded the resignation, leading to the internal investigation that ended with the mayor's termination recommendation.

Among the charges, the city claimed it has evidence that Nosse "explicitly and/or implicitly ridiculed, mocked, derided, or belittled subordinates" and "made offensive or derogatory comments to subordinates based on race, color, or sex."

The letter alleged that there is video and audio evidence, along with text messages and phone records that confirm the violations.

He is accused of “misfeasance, malfeasance, nonfeasance, misconduct in office, gross neglect of duty, and/or habitual drunkenness,” according to the letter, which you can read below.

Last month, the city placed Nosse on suspension without pay for 30 days following a hearing on the charges.

Editor's Note: The below video is from previous reporting on this story