Sgt. Kyle McKee was killed in the line of duty in Egypt last November. 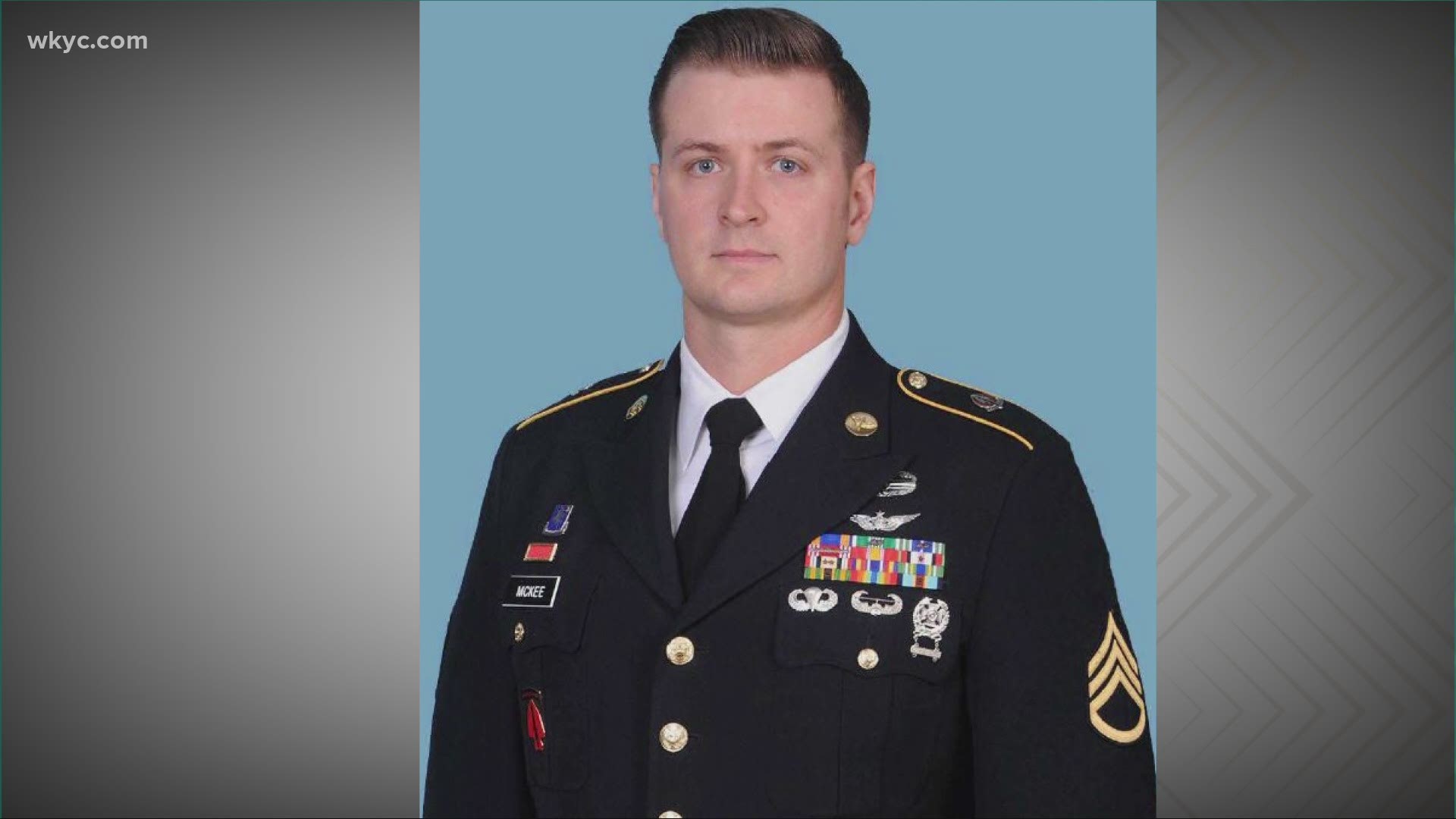 PAINESVILLE, Ohio — A U.S. Army soldier from Lake County who died in the line of duty last November was laid to rest Saturday.

Sgt. Kyle McKee, a Leroy Township native, was killed in a Black Hawk helicopter crash in Egypt back on Nov. 12. Six others perished in the wreck as well.

McKee, a 2003 Painesville Riverside High School graduate, was serving as a UH-60 helicopter repairer assigned to the Multinational Force and Observers mission at the time of his death. His father Steven says with COVID-19, the family has had to wait this long to bring their son home.

A memorial service took place at Leroy Community Chapel starting at 10 a.m., with speeches from McKee's sister and the military captain he served. The service was live-streamed from the church's Facebook page.

The Lake County Sheriff’s Office provided traffic control and an escort of McKee's cremated remains to Williams/Five Points Cemetery on Vrooman Road, including escorting McKee's two young sons. A veterans motorcycle club took part in the escort as well, and a Black Hawk was scheduled to fly over the cemetery.

McKee enlisted in the Army immediately following his graduation from high school, and had also completed tours in Korea, Afghanistan and Iraq.