The four-year-old boy was found floating face down in Painesville’s Recreation Park pond on Saturday, June 12 and has made a full recovery. 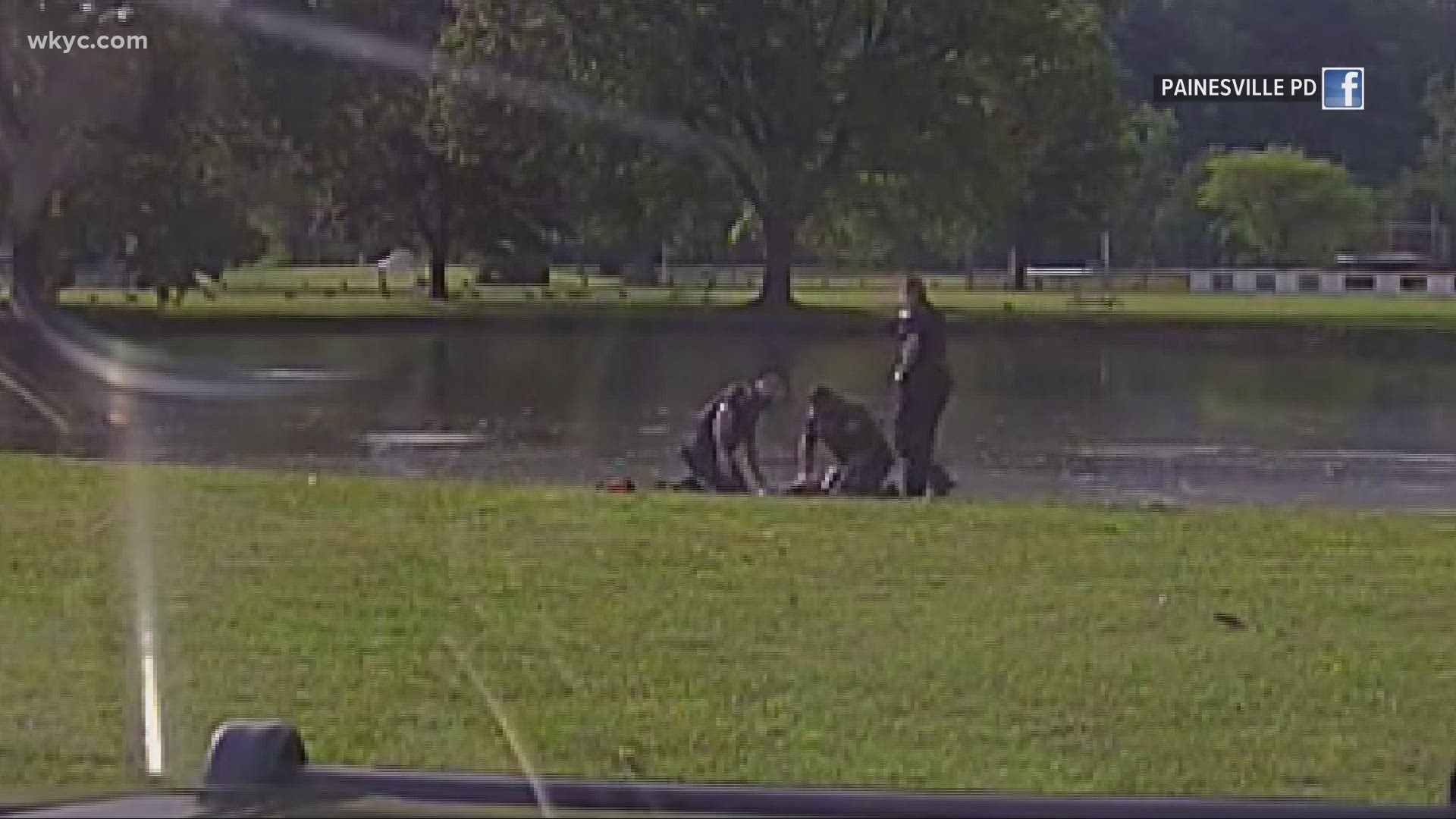 PAINESVILLE, Ohio — EDITOR'S NOTE: The video in the player above is police dash cam video of the incident.

The four-year-old Painesville boy pulled from a pond on Saturday has made a full recovery.

The Painesville Police Department made the announcement on their Facebook page Wednesday afternoon. Police say Paolo Moctezuma was released from Cleveland's MetroHealth Medical Center on Tuesday.

As a welcome home surprise for Moctezuma, Sgt. Matthew Tycast and Officer Daniel Thompson visited him at his home. They were two of the three officers that pulled the boy from the water. The officers gave him a gift basket full of toys and police items. They posted pictures of some of the officers alongside the boy and some of his family members on the department's Facebook page.

On the morning of Saturday June 12, Moctezuma was reported missing from a relative's home. At the time, police believe he snuck out of the back door of his home before entering Recreation Park via Snake Hill. Police found him floating unconscious in the pond around 8:15 a.m., and pulled him from the water. The incident was caught on police dash cam.

On Wednesday, Painesville Police say that Moctezuma's parents, Jose and Anna, were emotional as they thanked officers and EMTs for saving their son.

In the Facebook post, Painesville Police thanked everyone involved, and reminded parents to speak with their kids about the importance of water safety. Police also said they "couldn't be more proud" of the officers who saved Moctezuma's life, and wished the boy a happy and healthy summer.