'Rally for Freedom' anti-curfew protest held in Lake County, where COVID-19 case rate is among highest in Ohio

None of the roughly 20-30 demonstrators were wearing masks. 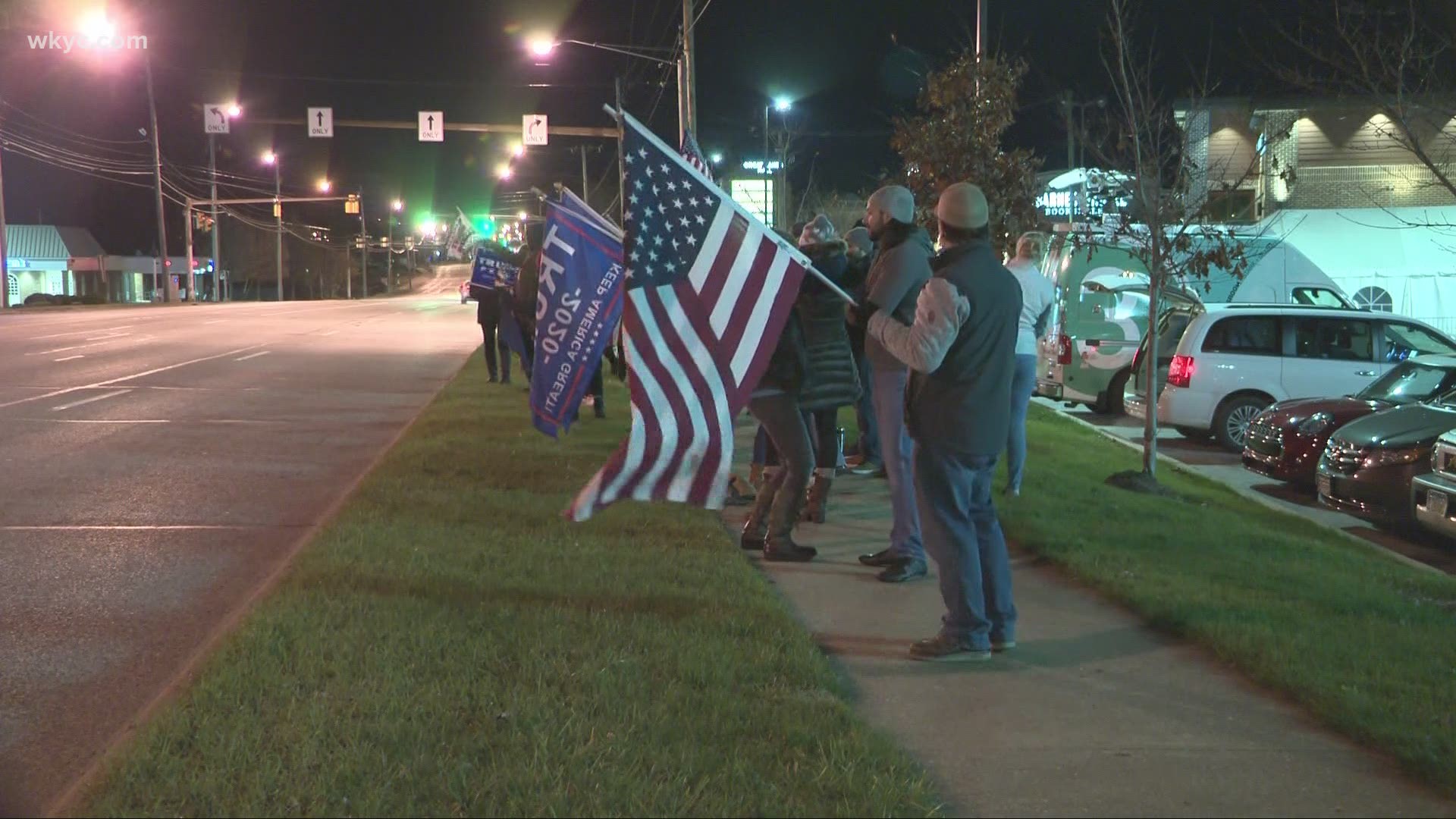 On Saturday night in Lake County, a "Rally for Freedom" protest against the curfew was held. Between 20 and 30 people took part in the demonstration in Mentor. None of those protesting were wearing masks.

According to the order, Ohioans should stay inside between 10 p.m. and 5 a.m. unless they are getting food, medical care, or going to work. The order does not apply to religious observances.

MORE: How does Ohio's COVID-19 curfew work? What are the exceptions? Your questions answered

Gov. Mike DeWine said his administration considered but rejected a total shutdown of bars and restaurants, a possibility that had been strongly criticized by the hospitality industry.

The people protesting in Mentor say the curfew is taking away their constitutional rights.

"Is the virus only active between 10 and 5? In a common sense perspective, this makes no sense," a male demonstrator told 3News.

Earlier this week, DeWine said he hopes the curfew will help flatten the curve and avoid a shutdown. “We want people home at 10 o'clock. We don't expect police to pull somebody over who is driving at night. That's not going to happen," he told a briefing in Cleveland. "But if police come up to a group of people who are congregating somewhere. I expect the police are going to tell them, 'hey guys, go home.'"

DeWine says the curfew is designed to try and limit person-to person contact. However, that was not the case at 11 p.m. on Saturday night.

Saturday night's protest in Mentor comes as Lake County currently has one of the highest COVID-19 case rates in Ohio and is on the state's watch list for reaching purple level in the coronavirus public health advisory system.

Lake County, along with Lorain and Montgomery, currently meet at least six of the seven indicators necessary to labeled at a Level 4 (purple) risk level, but will not be officially moved to Level 4 until those indicators remain for a second consecutive week. On Thursday, DeWine announced that Franklin County is now at Level 4, which Ohio's Public Health Advisory System describes as "severe exposure and spread" of the coronavirus.

While DeWine had previously used risk levels to activate orders, such as a mandate to wear masks, the Ohio governor said last month that a county turning purple wouldn't necessarily lead to new restrictions.

"We're not going to issue additional orders," DeWine said in October. "It's just one more piece of information. Going into purple is a signal that potentially we have a hospital problem."