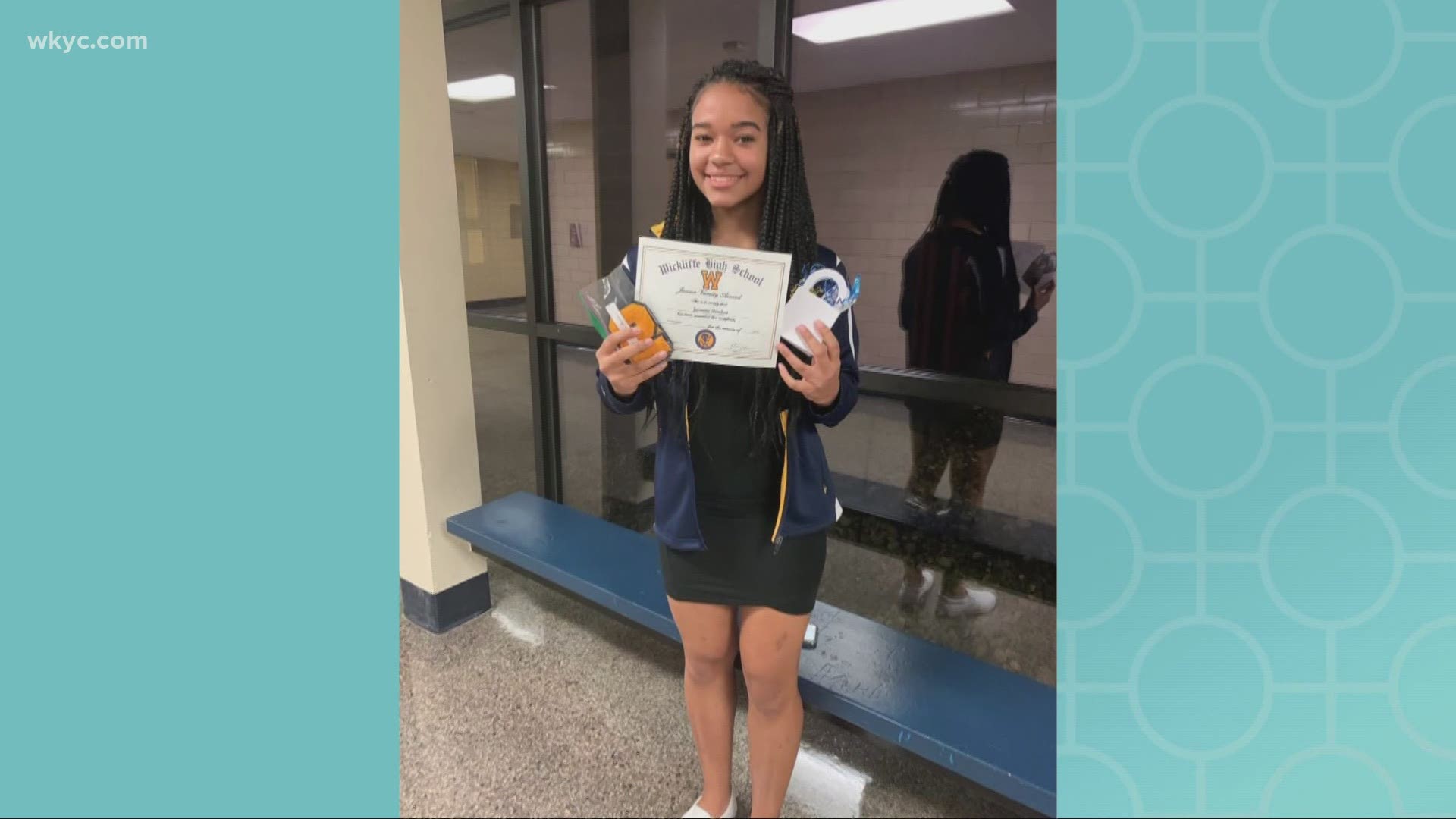 WICKLIFFE, Ohio — 16-year-old Jazmine Rembert is not shy when it comes to standing up for what’s right.

“I’m so sorry, but it’s 2021. We’re not taking any steps forward, we're taking steps back and it's because of people like you,” she said in a 17-second video posted to TikTok.

Those comments she made in the video got her temporarily kicked off the Wickliffe High School competition cheer squad after confronting two of her teammates who allegedly mocked police brutality on social media: One student used homophobic slurs, made fun of a disabled cheerleader and told a Black student to go pick cotton.

“It's not like she was just some girl in school, I let her over at my house several times, birthday parties with her, stuff like that. So I was hurt by her words!”

Many joined in, pleading for the video to be deleted, but Jazmine said it remained up for hours until the student started to receive death threats. That’s when they reached out to the coach for help.

But instead of helping diffuse the tension, coach Jessica Hopton followed up with a text to Jazmine about her video: Your public snap was a reflection on you, cheer, and the school. And as far as cheerleading, it is my discretion on how or when to punish the girls on the team without a public monologue from someone who is supposed to be her team mate on one of those teams.

“Coach Jess finalized her messages with me by telling me I was no longer part of her team," Jazmine said.

"I think her intent was good, but I think that she needed to spend a little more time in looking at everything that was going on that led to the text message she sent to Jazmine," he said.

After receiving that text, Jazmine said if it wasn’t for her mother she would’ve been left with the guilt of feeling like a bully for using her voice.

“I don’t regret it, but then I feel like I do because now I’m looked as like this girl who's a bully, she's Black, she's mean, she's going to bully this girl; stuff like that. I don’t want to be looked at like that because that’s not the kind of person I am."

Spiccia added that coach Hopton is on administrative leave pending the investigation. She is also not permitted to have contact with the students. Those two students in the mock police brutality video were still on the team after the alleged incident, they just weren’t allowed to cheer during games.

Principal Shyla Mekster later let Jazmine know she was not kicked off the team after coach Jessica’s text message. Moving forward, Jazmine says she would like to see more school awareness (assembly, classes, programs) about how words hurt!