The business claimed there was an "administerial error" and that they will be open again "shortly." 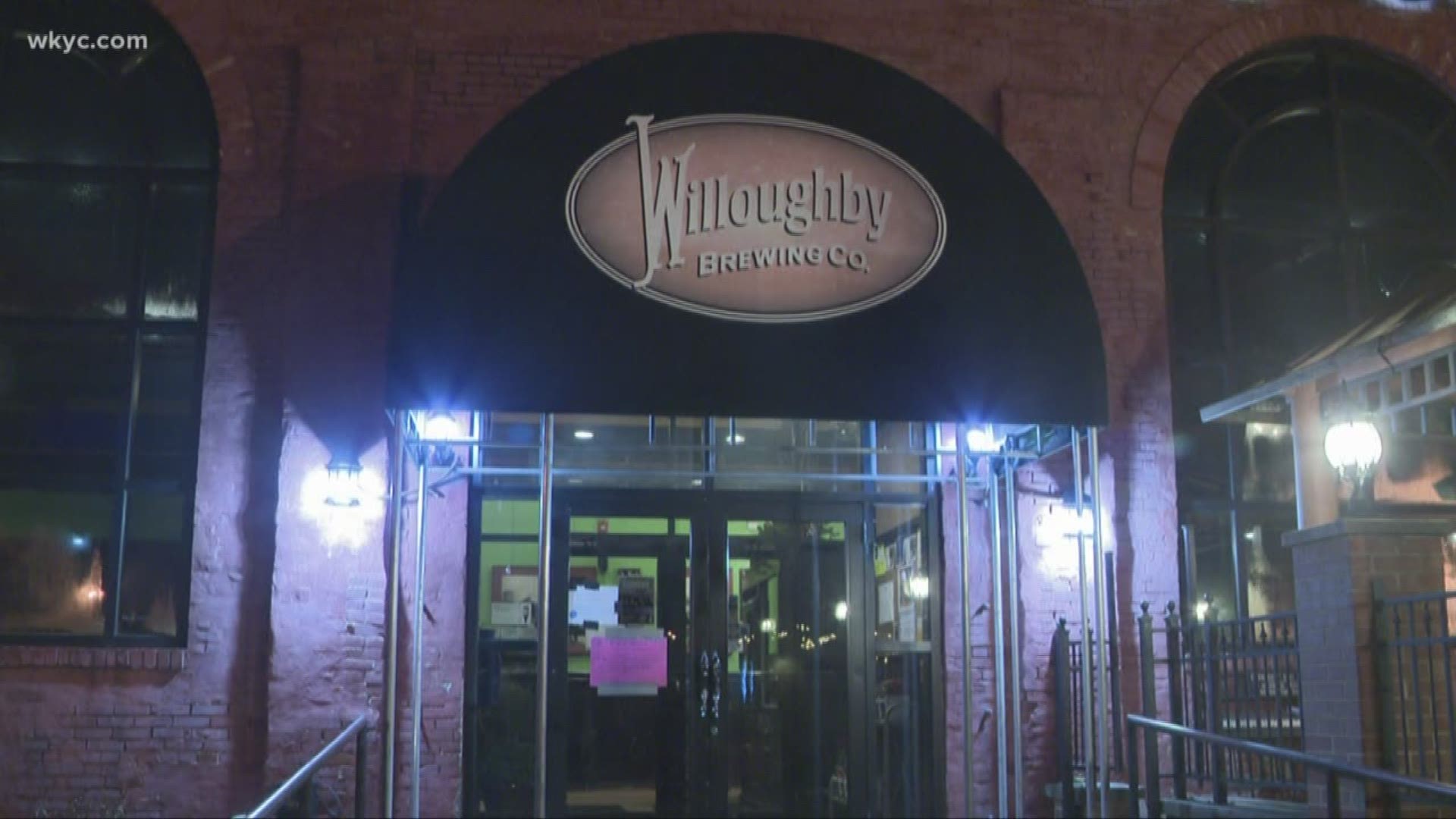 WILLOUGHBY, Ohio — One of Lake County's staples has gone out of business, at least for the time being.

The Ohio Department of Taxation has ordered Willoughby Brewing Company to close indefinitely, officially revoking its state license on Wednesday. A notice posted on the store's front window confirms the move, and the department confirms to 3News that the business failed to pay its sales taxes.

In order for a vendor's license to be suspended, a business must either fail to pay its sales taxes during two consecutive filing periods or fail three times over a one-year span. However, the brewery says this is all a misunderstanding and they will soon be open again.

"There was an administerial error that will be corrected," the company said in a statement to 3News. "We will be up and running shortly."

Willoughby Brewing Company has been around for decades, not just as a food and drink stop by also as a popular venue for musicians and comics. Now, the company's Facebook and Twitter pages have both been deactivated, the phone number appears to have been disconnected, and a comedy show scheduled for Thursday night has been moved to Beal's Pickles n Pints on Euclid Avenue.

According to Willoughby City Councilman Daniel Anderson, the city learned of the situation late Thursday afternoon and has not heard anything from the brewing company since reaching out to them. 3News has reached out to the Willoughby Mayor's Office for comment. In addition, the Willoughby Western Lake County Chamber of Commerce didn't have any new information, but said they were "shocked" by the latest developments.

The closure of the brewery is just the latest setback for downtown Willoughby: Lure Bistro on 3rd Street recently shut it doors after two decades, and Corks Wine Bar on Erie Street also went out of business last year. The latter property has since been sold to new owners.

Councilman Anderson did tell us three restaurant groups have inquired about the former Lure location, and officials are confident someone will occupy that space by the spring.