The sweeping move, which the mayor claims is permitted by the city charter, eliminates all but one member of the council. 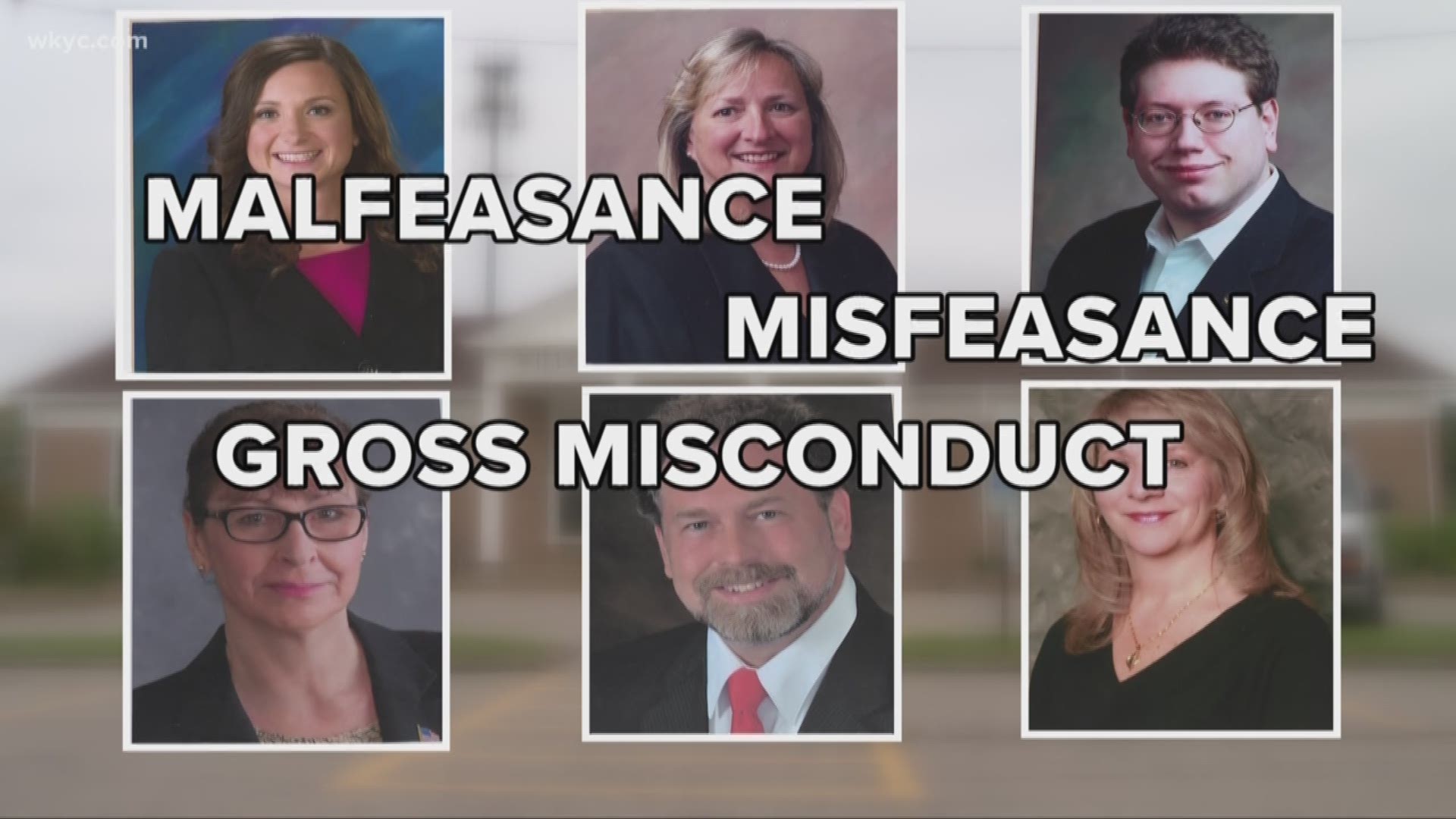 A long power struggle over political control in the city of Willoughby Hills came to a head Wednesday, as Mayor Robert M. Weger officially fired six members of the city council for "gross misconduct, malfeasance, misfeasance and nonfeasance in office."

The sweeping move, which Weger claims is permitted by the city charter, eliminates all but one member of the council. Among those out is Council President Nancy E. Fellows (council-at-large), who is expected to surrender her city hall keys to police by 4 p.m. Thursday. In the meantime, locks were changed and the pictures of the six fired council members have been removed from the walls.

Weger's decision comes amid a months-long battle between his administration and the legislative body, with the former vetoing several ordinances and actions passed by the council that were deemed "illegal and unenforceable" by the mayor while other actions were ruled illegal in court. Weger's office also accused the city council of participating in an illegal executive session.

"They really hurt the city in all respects, where we were running smooth like a machine,” he told us.

In an eleven page document, Weger outlined the reasons for those charges, accusing them

"I couldn't do anything because they controlled the purse strings," Weger said.

According to the city's charter, the mayor can remove any officer or employee for these violations. And this all came to a head after infighting and lawsuits, in a City where the mayor and council have been at war for several years.

Only District 3 Councilman and Recreation Committee Chair Christopher Hallum—who voted no on each of the ordinances and did not attend the executive session—will get to keep his seat.

Hallum says his colleagues were stepping out of legislative bounds. "I had concerns about several ordinances that seemingly came out of nowhere," he told us.

Besides Fellows, the following councilors were removed:

Councilwoman Pizmoht, a nearly 13-year resident of Willoughby Hills and elected last year, says it’s the mayor who is breaking the law, and the other ex-council members might sue.

"Unfortunately what our Mayor seems to be doing is taking political disputes and trying to make them into something bigger,” she told us.

And Pizmoht says locked doors or not, they plan to hold a council meeting next week.

"We can have a meeting in the parking lot if we have to. I would imagine, because it's a crime to impede the work of the government, our police officers would open the doors,” she told us.

"This may be a drastic action, but the behavior of these 6 Council members requires I take action in order to protect the health, safety and welfare of our citizens and businesses in Willoughby Hills. In the past year, these council members have adopted at least 11 ordinances which are contrary to the law, 5 of which have been declared illegal by a Common Pleas Judge. 2 others have been found to be probable violations of the collective bargaining law by the State Employment Relations Board and unfair labor practices against City employees which will cost our taxpayers dearly.

"As your mayor and an elected official of this City for over 16 plus years, I could not sit back and watch these 6 Council members continue to cause our city embarrassment and subject our tax dollars to extensive legal and employee costs for their misbehavior. It is my duty as Mayor to take whatever action necessary to put this city back on track. For over one year Council has neglected to approve a new Law Director, caused the dismantling ans closure of our Mayor's Court, and reduced the administrative budget resulting in the loss of nearly 90% of our administrative staff for day-to-day operations, and has now introduced legislation to materially alter the basic foundations of our government in Willoughby Hills."

Section 9.31 of the Willoughby Hills City Charter gives the mayor power to "remove promptly any such officer or employee for violation of any of the requirements stated in Section 9.2, for gross misconduct, malfeasance or nonfeasance in office."

The mayor's office says Weger will now work with Councilman Hallum to appoint 4 new council members before next week's meeting and work with the new members to pick two more.