Woman steals ambulance because she didn’t have a ride

It’s something you’d expect to see on an episode of COPS. A woman was arrested after police had to chase her down Interstate 90 in a stolen ambulance. 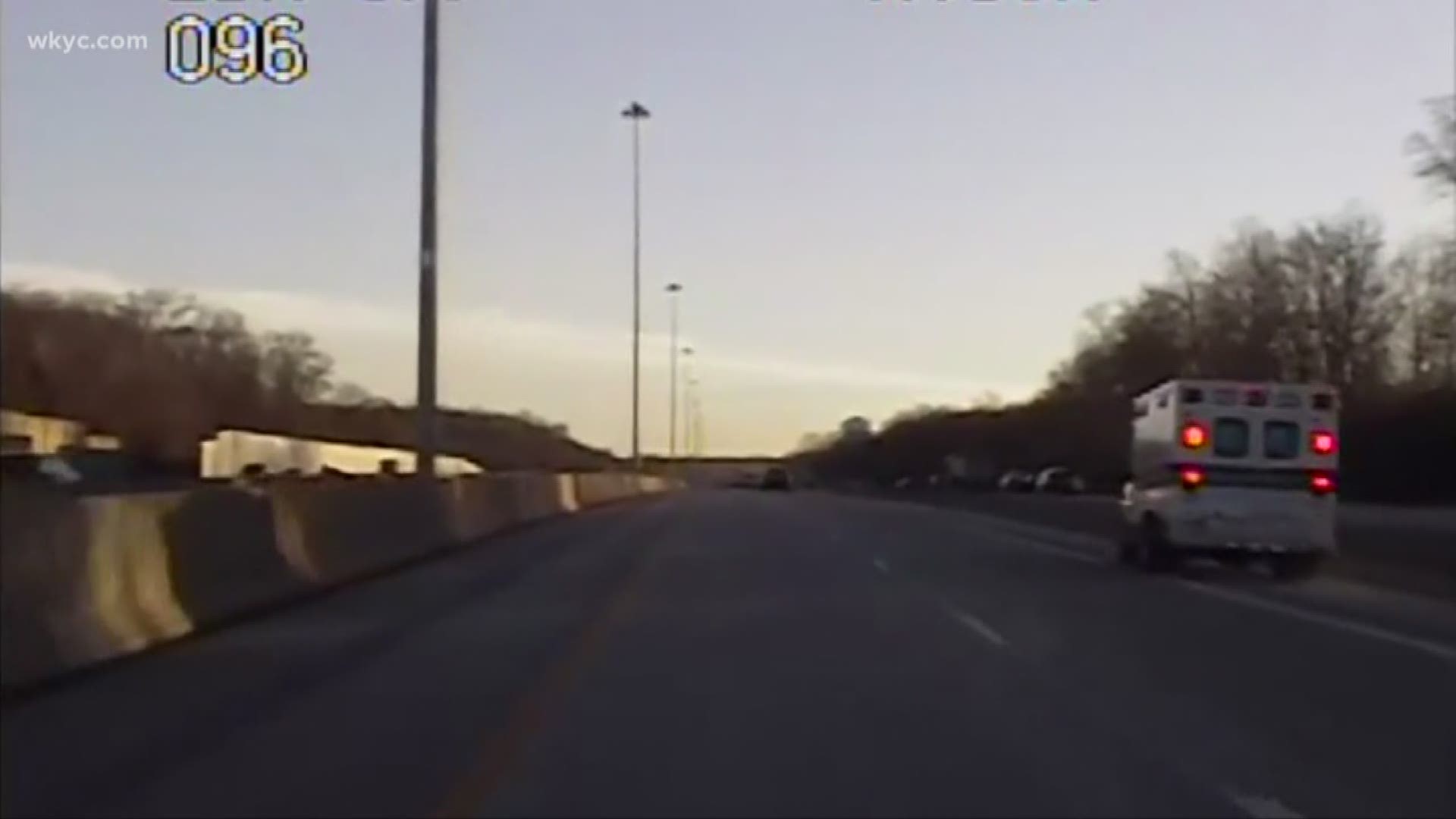 CONCORD TOWNSHIP, Ohio - It’s something you’d expect to see on an episode of COPS. A woman was arrested after police had to chase her down on Interstate 90 in a stolen ambulance.

The Lake County Sheriff’s office says 40-year-old- Jenette Askew was a patient at TriPoint Medical Center on January 4 before being discharged around 4 p.m. But she didn’t have a ride home and wasn’t willing to wait for one.

“She couldn’t get a ride with anybody else. She tried the handle on the door,” said Sheriff Daniel Dunlap.  “[She] found out that it was unlocked and running with the keys in the ignition.”

Askew chose to get into a nearby Tri-County ambulance that was running outside.

The ambulance operators called police and used an internal GPS system to track its location. They saw it was on I-90 headed westbound. Dispatchers radioed ahead to Willoughby Hills Police Department who caught up to Askew who, at times, was traveling at more than 80 miles per hour.

With a patrol car behind her, Askew pulled over and was taken into custody without incident.

Dunlap says Askew cited anxiety issues stating that driving sometimes helps to calm her down. But driving on the highway at 80 m.p.h. in an ambulance probably isn’t the best solution.

“She’s put other people at risk. She put herself at risk,” said Dunlap.

“Another ambulance went by as they were bringing her back,” he said.  “And she kind of laughed and said, ‘I wonder if somebody else has taken another ambulance.’”

Stealing the ambulance was an easy option. The Tri-County Ambulance employees responsible for the vehicle told police they left it running because they wanted to keep it warm for a patient they were preparing to transport to Cleveland Clinic.

Dunlap says doing something like that may have been alright years ago, but not now.

“You can’t do that anymore. You can’t leave it running without it locked,” he cautioned. “And there are ways to do that if you have an extra key.”

Askew was charged with Theft and Disrupting a Public Service. She appeared in Painesville Municipal Court on January 7 where she entered a not guilty plea. She’s being held on a $10,000 bond. She is also allowed to be released on a personal recognizance bond if her mother is willing to sign-off. But so far, her mother has not exercised that option.