Neighbors say the home was hanging off the edge for some time before it collapsed. 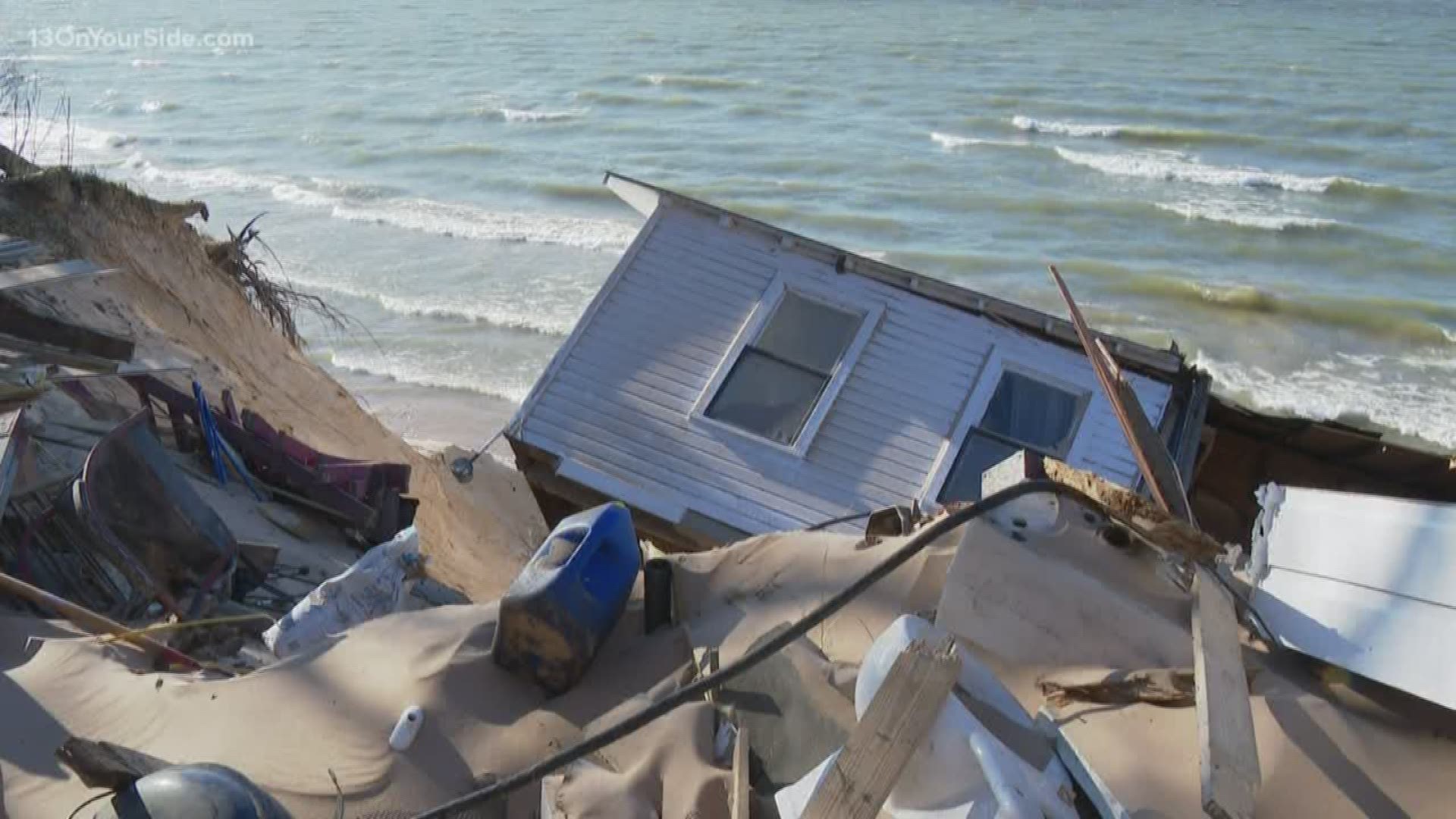 MUSKEGON COUNTY, Mich. — Erosion along Lake Michigan claimed a family cottage on New Year's Eve, as the home collapsed over a bluff onto the shore in Muskegon County.

Neighbors brought concerns to White River Township officials Tuesday that the home was hanging over the bluff's edge.

“I was worried about it going over [with] electricity still being on,” said Bill Llyod, who lives a few doors down. “It was raised off the back of the foundation three inches, and I knew it was imminent it was going over.”

Crews cut power from the home that afternoon. Not long after, the home collapsed.

“I heard this sound, I thought a tree was coming," said Laura Knop, a neighbor who saw the house fall. "I looked up and it was this groan that was just pulling away from the foundation – then a big boom."

The owner of the cottage, Patricia Gancer, said she's tried everything to save her home. She and some neighbors hired a contractor to build a rock revetment along the shoreline.

"The rock revetment is still in process, [but] we just ran out of time," Gancer said. "I don't know the next steps yet. I'm kind of in shock. I expected it to work out."

Representatives from the Michigan Department of Environment, Great Lakes and Energy will advise Gancer throughout the cleanup process, said Nick Assendelft with EGLE media relations.

"We want the home to be removed from along the shoreline as safely and quickly as is feasible to avoid any debris from possibly washing into the lake," Assendelft said. 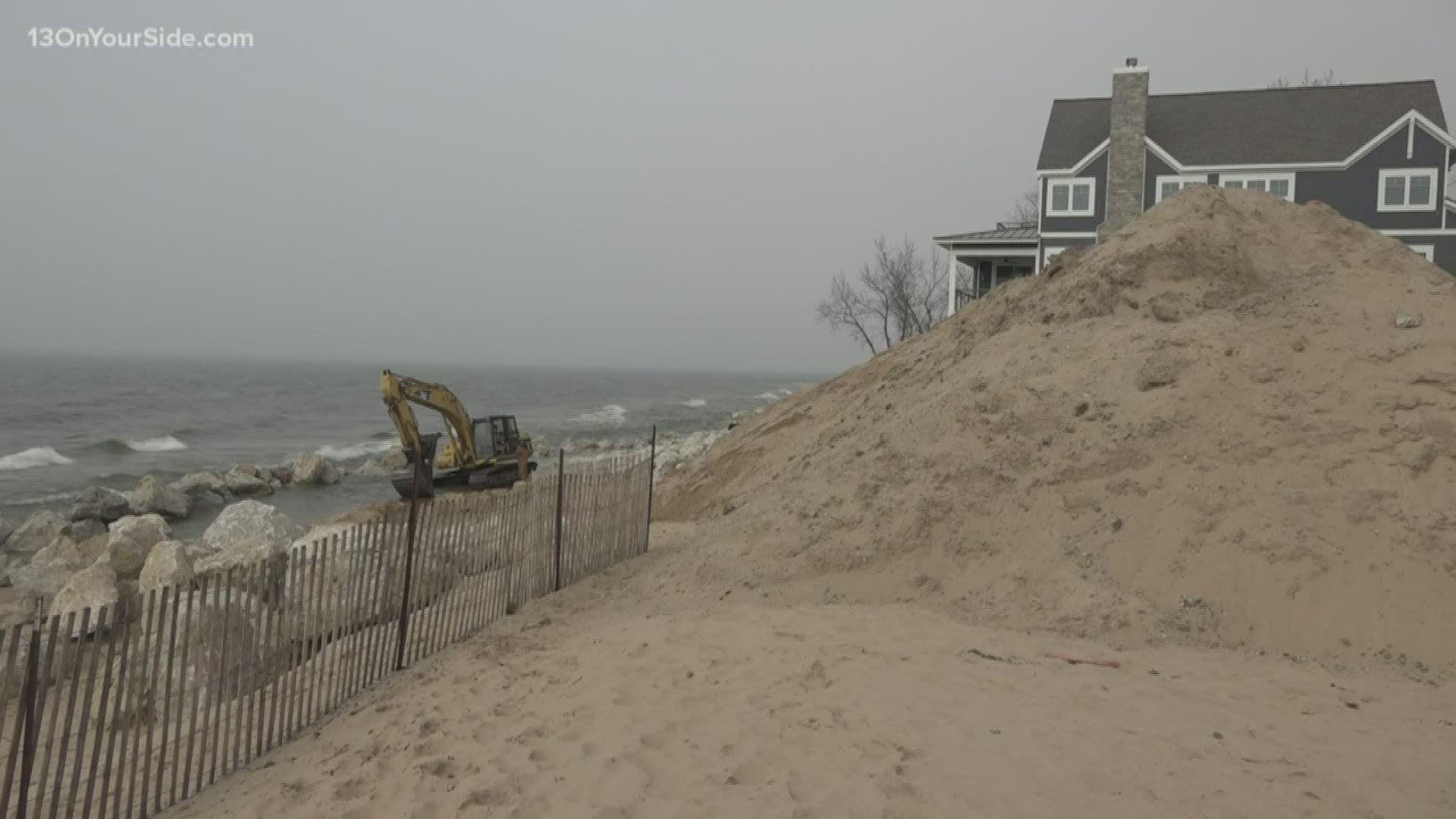 More erosion-related stories on 13 ON YOUR SIDE: