Jake Nelson won't ever be able to drive a car, but the car-crazy teen is now surrounded by 500 of them. 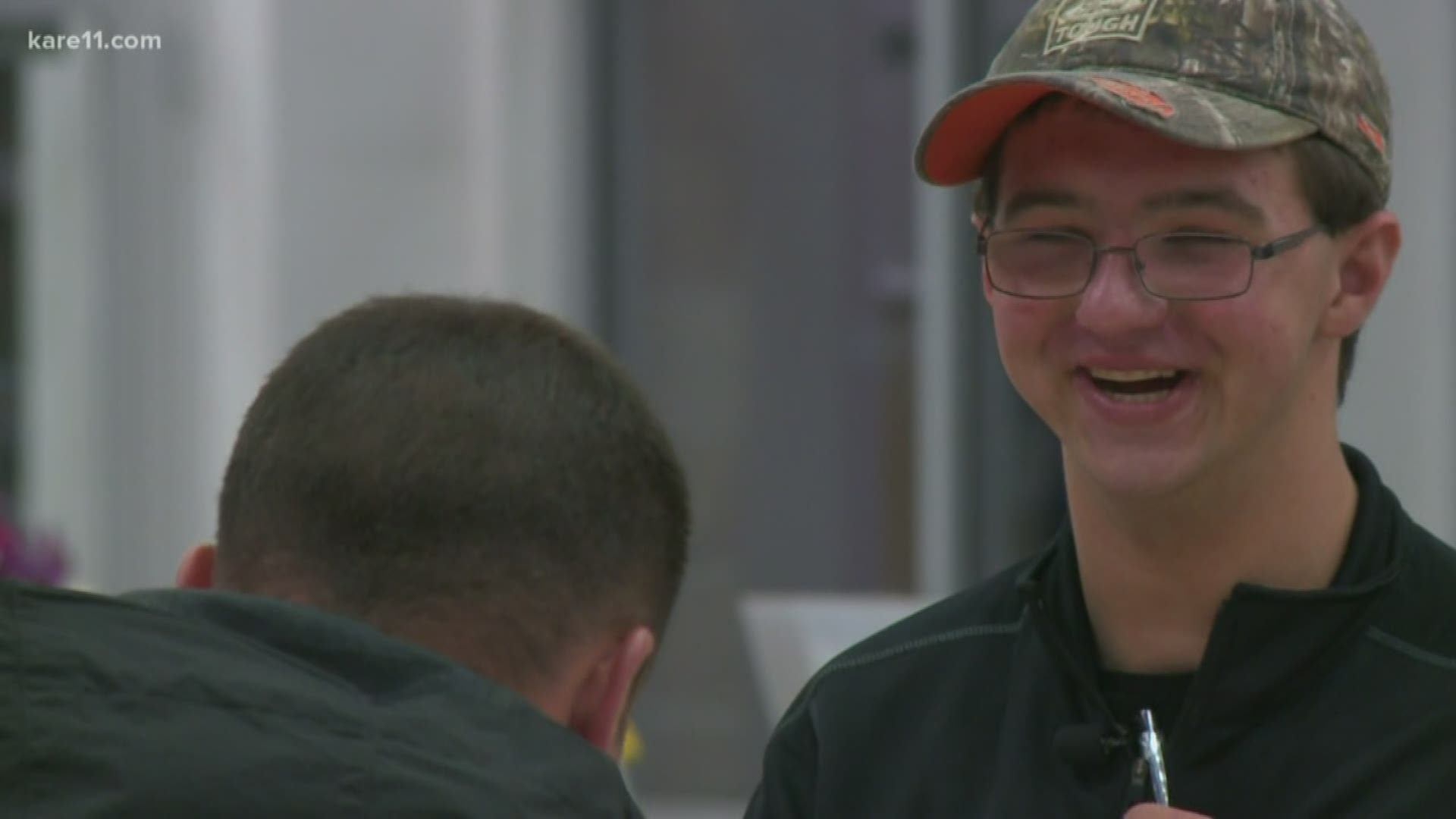 It's a particularly cruel diagnosis for a boy obsessed with cars.

The diagnosis of "moderate mental retardation" doctors pinned on Jake Nelson at the age of three meant no reading or writing in his future – nor ever having the opportunity to drive the cars he thinks about day and night.

So for years Nancy and Randy Nelson drove Jake to car lots, his activity of choice, and watched as their son reveled in the chrome and shiny new paint.

"We've been to all of them," the Nelsons say, almost in unison. "Honda's, Chevy's, name a brand."

Then, everything changed for Jake when his dad pulled into the Ford dealership in Apple Valley and, for the first time, a salesmen did more than pay Jake a passing glance.

Matt Luken didn't just talk to Jake, he showed him around and introduced him to the rest of the sales staff.

A year later, at the age of 17, Jake is a dealership fixture.

Don't bother looking for an unlocked car door when Jake is around – or a wheel that's cocked, a bumper nudging over a white line, or an empty stall - definitely not an empty stall.

If Jake can't take care of the problem himself, a sales consultant will soon be following him through the lot to make matters right.

"His motor never stops," says Luken. "Doesn't matter if it's raining, he always wants to be out here."

John Callahan, the dealership's senior sales manager, has developed a particular fondness for Jake. "He just wants to be a part of something, and we're lucky enough to have him as part of our something here," he says. "We feed off his energy."

Jake's condition doesn't always allow him to easily put his thoughts into phrases, but he gets his point across with animated gestures and whatever words he can string together. "Not right," Jake insists, when he sees a side mirror on an Explorer folded out of position. He plops it back into place and is quickly off to his next fix.

Susan Dailey, Apple Ford Lincoln's leasing manager, says the relationship is a two-way street. "He just brings life into the store," she says. "He's part of the family."

Nearby Jake is pondering the color of the next car to be moved into the showroom. He makes his choice and then holds the door as a smoke colored Lincoln passes through.

A little car dealer kindness has given Jake a whole lot.