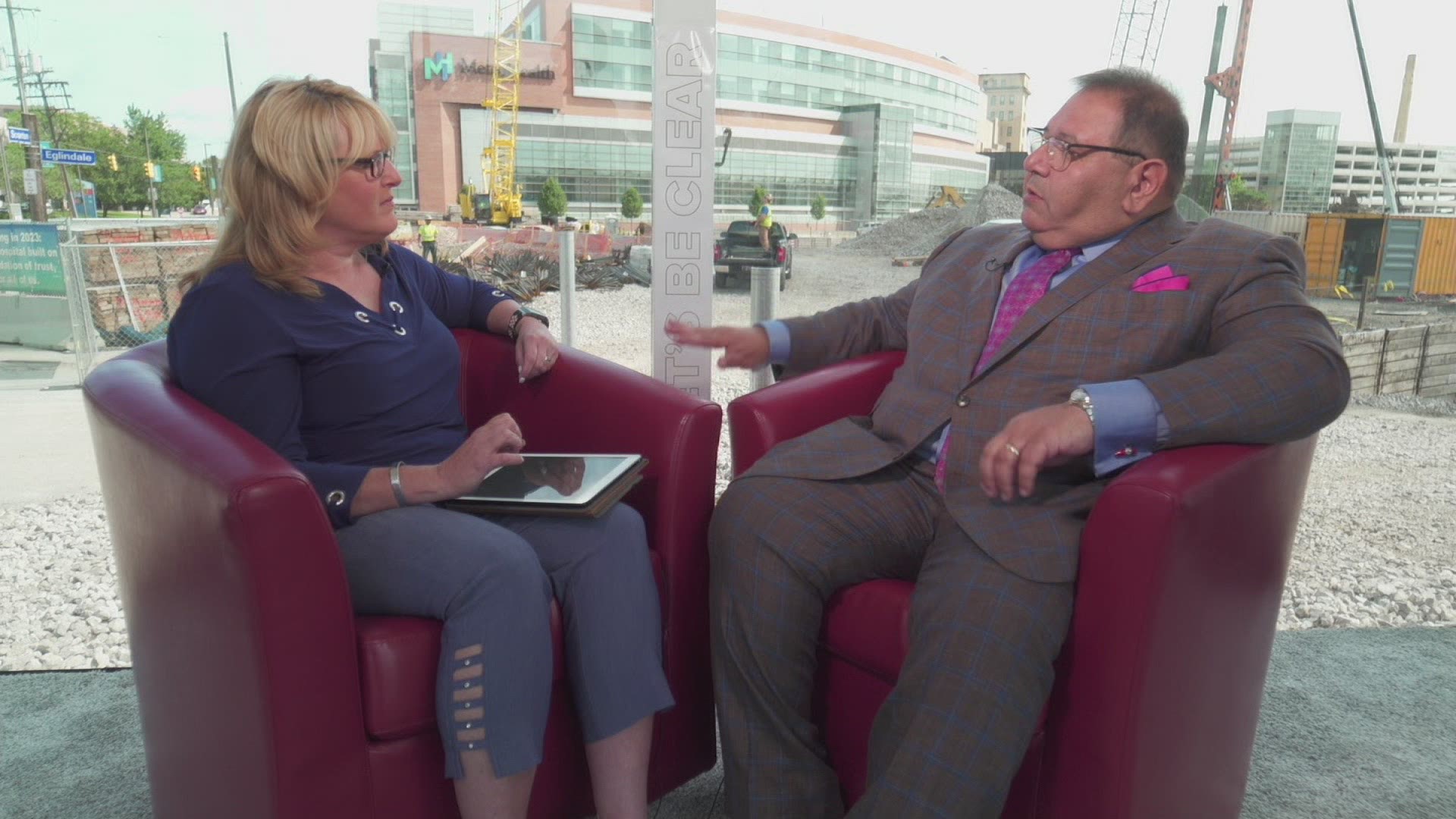 CLEVELAND — "Let's Be Clear" is all about transparency. WKYC has a clear, mobile newsroom that we're taking across the state to talk to those making headlines in Ohio. Whether you agree with the guest, disagree, or are a fan of them, we know you have questions for them.

The hospital system recently revealed development plans for its W. 25th Street campus at its annual stakeholders' meeting last month. Those plans include three new buildings with apartments and community support programs. The redevelopment plans are estimated at more than $60 million in hopes of generating economic growth in the area.

MetroHealth broke ground on the new campus in April.

MetroHealth CEO Akram Boutros discussed some of those plans Wednesday, when he joined WKYC's "Let's Be Clear" with Senior Health Reporter Monica Robins.

You can watch the full interview again below:

Boutros joined MetroHealth in 2013 and serves as the hospital's leader and primary public representative. Prior to joining MetroHealth, he was president of BusinessFirst Healthcare Solutions.

Boutros is making it a point to focus on improving healthcare, which he said is insufficient in Cleveland. Health care and medical care are two very different things, he explained.

Boutros went on to explain that Cleveland's health care is among the worst.

"We have not focused on health care," he said. "That is why health care outcome in Cuyahoga County and Cleveland is sometimes equal to that of a third world nation. Our infant mortality rate is no different than Zimbabwe. That is just utterly unacceptable."

Under Boutros', MetroHealth has launched the Institute for H.O.P.E. (Health, Opportunity, Partnership and Empowerment) which focuses on the social aspects of health. Boutros said MetroHealth reached out to the community and its neighbors to ask what's needed for a healthier environment. The answers: a safer community and affordable housing.

As a result, green space on MetroHealth's W. 25th Street campus will increase from two to 25 acres, in addition to 250 new apartments.

Community and social service has also become a priority. MetroHealth is partnering with DigitalC, MCPC and AT&T to provide neighboring homes with free computers and training. Social programs will also be provided, such as financial literacy and resume writing classes. There are also plans for a supermarket on the campus.

MetroHealth is also working to reduce care costs for its patients. The system is creating a regional program with sites offering one price for CAT scans and MRIs. In most cases, prices will be 70% less than hospital costs, according to Boutros.

The first two locations will be in Mentor and Solon.

"Doesn't matter whether you have insurance or you don't. We're not charging you anymore than that," Boutros said.