President Trump is holding a rally in Des Moines Wednesday. How safe will it be?

The president's doctor announced he tested negative for COVID-19 on consecutive days for the first time since he got it, just two days before his visit to Iowa. 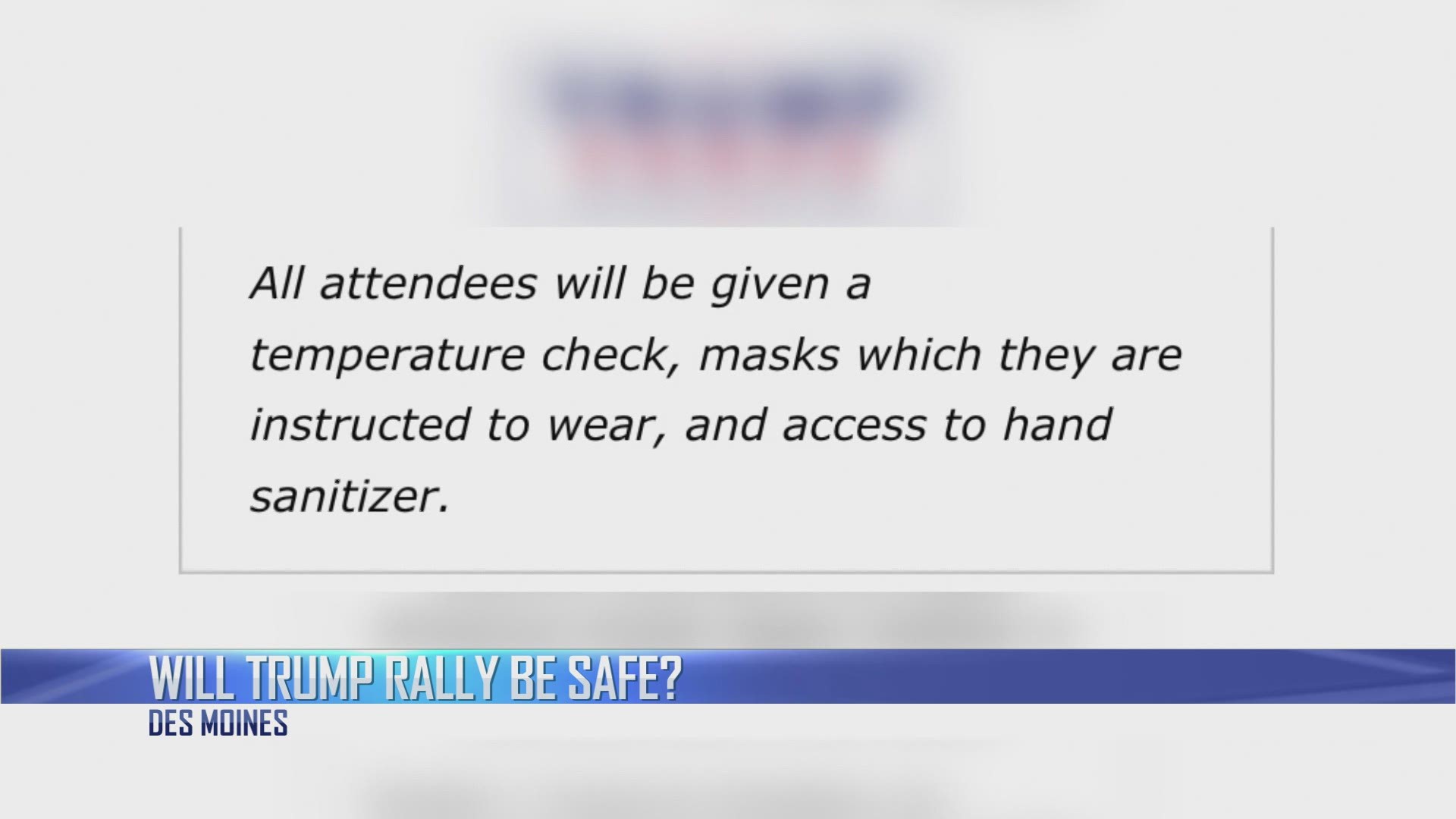 DES MOINES, Iowa — President Donald Trump is holding one of his first rallies since he tested positive for the coronavirus Wednesday in Des Moines, and Iowans have mixed emotions.

On our Local 5 Facebook page, one viewer commented, "Not a problem. Mask up and it's outside!", while another wrote "[Trump] is a public health hazard."

With those opinions in mind, let's take a look at what the event will look like, and whether it's up to the standards of public health guidelines.

In regards to masks: In the past, many who have attended the rallies have not worn masks.  Even Monday, at the first rally since testing positive for COVID-19, he appeared in front of a packed crowd in Florida, and several in the crowd did not wear masks. 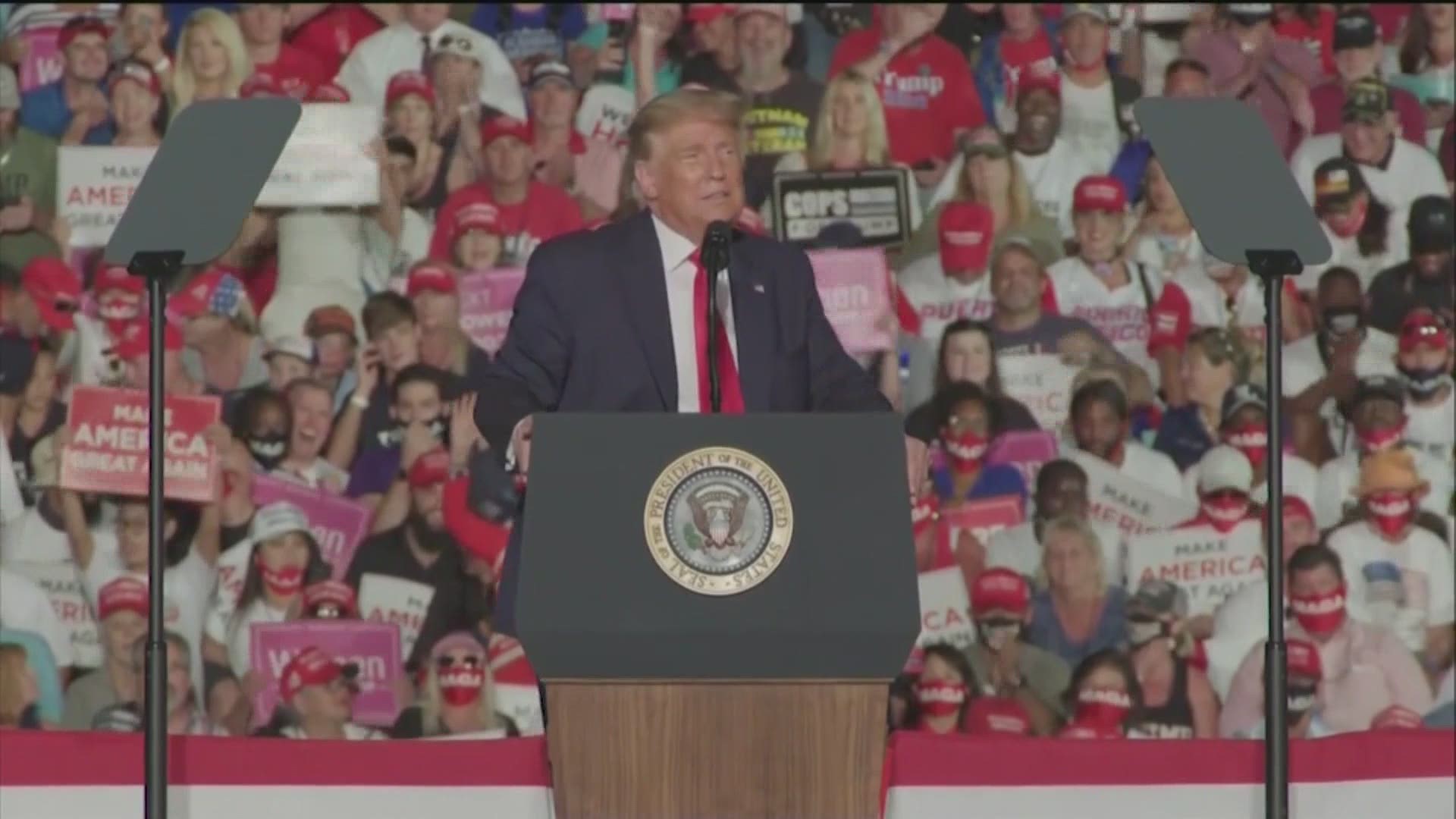 If you buy a ticket for the rally, that ticket doesn't outline the face covering policy, nor does the initial confirmation email you get.

However, a press release from the Trump campaign told news outlets "all attendees will be given a temperature check, masks which they will be instructed to wear, and access to hand sanitizer."

Though the event is being held within Des Moines City limits, the City of Des Moines's mask mandate technically doesn't have any standing at the Trump rally.

The rally will be at the Des Moines International Airport; the land surrounding the airport actually belongs to the Des Moines Airport Authority, not the City of Des Moines.  Therefore, it's technically out of the City's jurisdiction, and the mask mandate won't be enforced.

Des Moines Mayor Frank Cownie voiced his concerns with the potential public health implications this event could have on the community.

"To us, this is a public health issue," Cownie said.  "Obviously.  Because these are often central Iowa people that would be attending, and many of them probably Des Moines folks. We don't want them needlessly exposed through not exercising the proper disease control guidelines."

Cownie also said the City hasn't received any communication from the Trump campaign regarding any preparation for the event.

"We haven't heard anything from the campaign itself," Cownie said.

The Trump campaign didn't respond to our request for comment on this matter, but the Des Moines Airport said the campaign confirmed with them that rally-goers can expect a confirmation email with logistics for the event sometime Tuesday evening.