"The field will continue to be as special as it always has been." 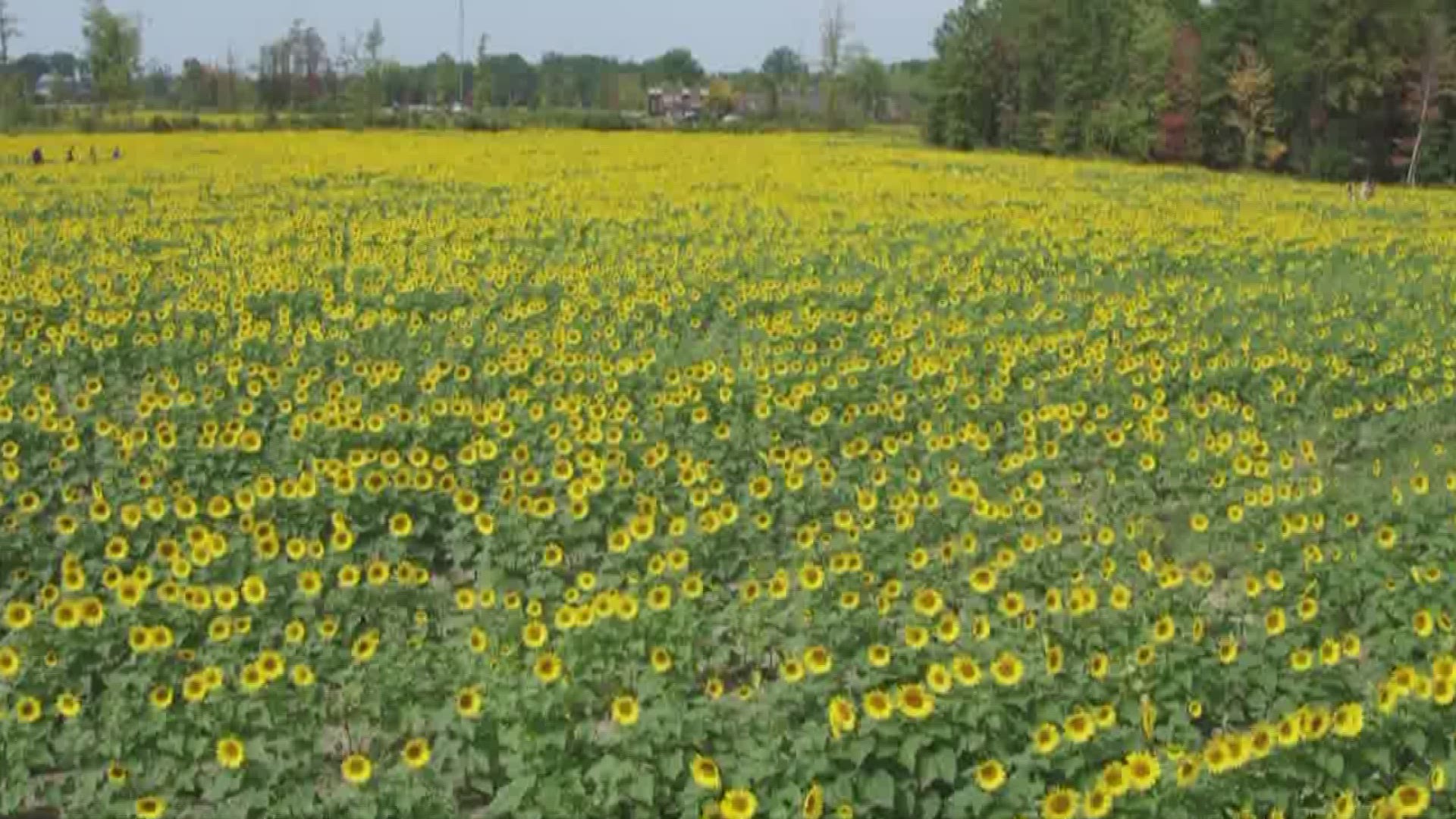 The place where hope grew along the highway in Avon is going to have to take root somewhere else. It's prime real estate with a gym and retail moving in.

Maria's Field of Hope posted a note on its Facebook page on Thursday afternoon saying, "the field will continue to be there again this year but it will be our last year at this location."

Ed McNamara and his wife Megan dreamed up the spot to honor their daughter Maria, who died in 2007 at the age of seven from a brain tumor. They were so proud of Maria, they literally planted the seeds that guarantee her spirit lives on in thousands of lives and counting.

"We want these flowers to represent the children that are or have or could be suffering from any type of cancer especially brain tumors," Ed told WKYC last fall.

Sometimes the sunflowers reach 12 feet tall in Maria's Field of Hope, just off of I-90. So much more has risen there in the name of Maria McNamara, who went to heaven at 7-years-old.

It turns out Maria's brain tumor did not have the last say.

What started as a garden to grow awareness about kids with brain tumors, has blossomed into an inspirational destination for so many.

"It's tens of thousands who come here for the experience," says Ed.

Maria couldn’t have seen just what was in store, her mom says she was so busy praying for everyone else.

"She really cared about her friends and kids who were suffering from cancer. She prayed for them every. single. night. And those prayers really inspired us because she was dying and it wasn't about her," Megan McNamara says of her daughter.

That's why for five years now, families have found power among the sunflowers planted literally in faith at Maria's Field of Hope. It's a legacy sown exponentially in ways the McNamaras could never have imagined.

"Because it really has a life of its own. It’s guided. it's guided," Megan says glancing up to her Maria.

But they are planting for the last year. September 2018 will be the last bloom.

The borrowed, donated land is destined for development that's popping up all around. But no one knows better than the McNamaras how to grow faith.

"We'll have another field. I guarantee it," Ed says with a confidence as strong as his little cancer warrior.

She is a prayer warrior still. Her hope contagious.

While the search is on for the next place where the sunflowers will grow, The Prayers From Maria Foundation has raised more than a million dollars for childhood cancer research.

For four years in a row, they have been voted Cleveland Magazine's 'Best of the West' charity event. Prayers From Maria is nominated again this year.

And just remember the message at the end of the the Maria's Field of Hope Facebook post:

"Nothing can change the spirit of a field that has a higher calling. We will plant and bloom again."