Congress passed December bill that benefts thousands of families who lost someone in combat. 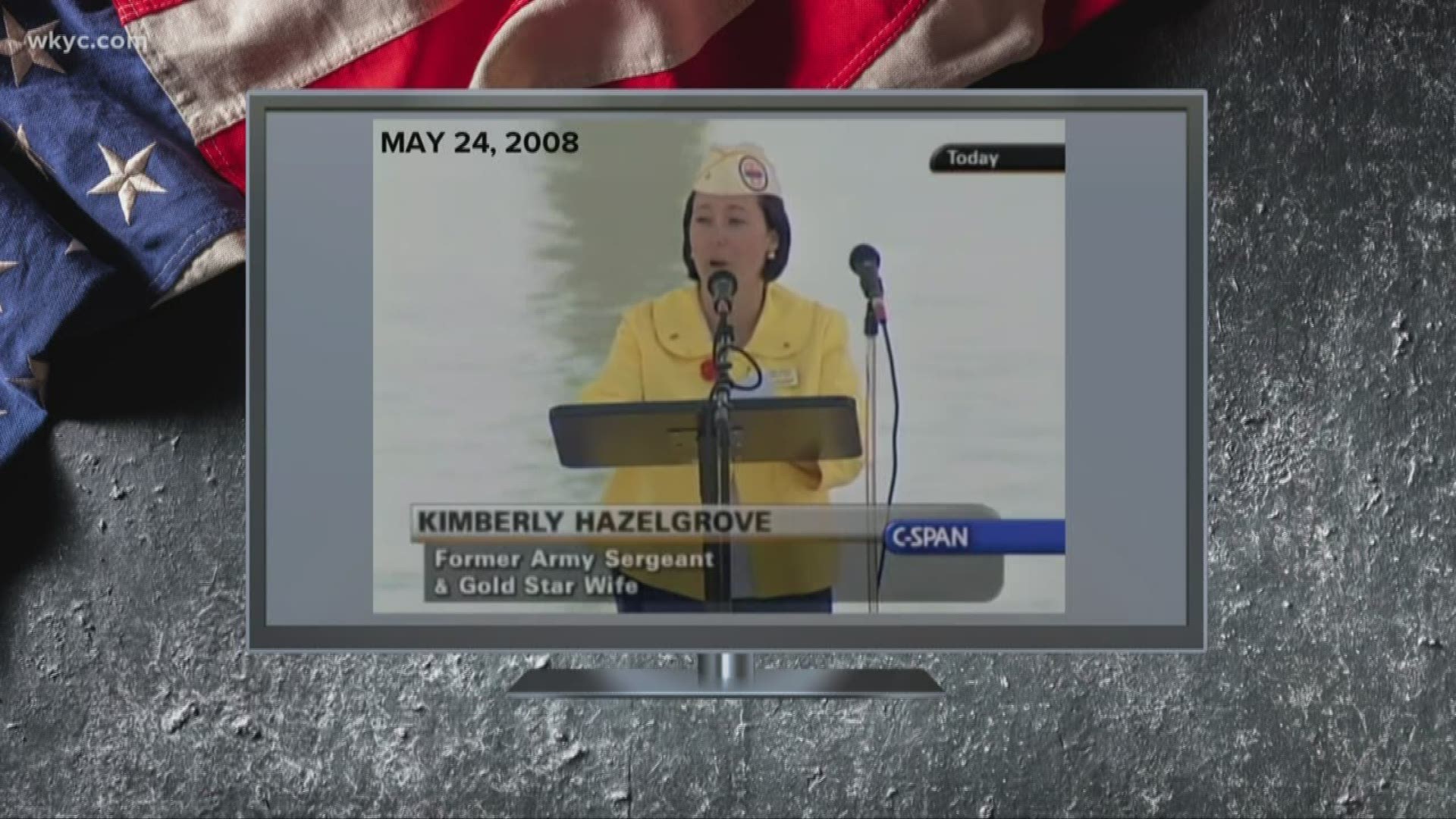 CLEVELAND — When Kimberly Hazelgrove left the military, she never stopped fighting for her fellow service members.

A former sergeant first class in the U.S. Army, she was one half of a dedicated military couple. Her husband, Chief Warrant Officer 2 Brian Hazelgrove, was an army helicopter pilot. (They met at Fort Campbell and married in 1999.)

In 2004, Brian died in a helicopter crash near Mosul, Iraq, news made public by Brian’s then-hometown congressman and now vice president, Mike Pence.

“When my husband was killed in Iraq, it was Vice President Pence [then a congressman from Indiana] who announced my husband’s death on the House floor,” Kimberly Hazelgrove said.

Thrust on her were new titles of single mom and Gold Star wife.

“I lost dental care, vision care and all the benefits I had before – and I lost my career,” she said.

Though focused on her family, Hazelgrove couldn’t stop thinking about others like her. So, she joined an army of activists to fight for certain spousal military benefits taken away by Congress decades ago, something critics called the “widow’s tax,” worth up to $15,000 a year to families.

“I was angry,” Hazelgrove said. “Very angry for the inequities that I was seeing, not only for myself, but for a lot of my friends going through it and it just lit a fire, and I found a stronger voice than I had before.”

She and others lobbied Congress for years, stopping officials in the halls, kids in tow. Hazelgrove said the problem was largely with the U.S. House, whose members expressed concern and sympathy but never ultimately backed a fix. (The fix was dropped in conference meetings with the U.S. Senate.)

She appealed to both parties, including reaching back to Pence, to reignite the relationship.

“Hopefully to gain the support of the administration for where we were, and that we were in the same relationship as we were when he was a congressman," she said.

Hazelgrove went to Capitol Hill in 2017 to talk to lawmakers. On that trip, she and her family met with President Donald Trump briefly and then with Pence for nearly an hour.

She also found an ally in Ohio U.S. Sen. Sherrod Brown, who met with her and her family numerous times and co-sponsored the Senate bill to eliminate the widow’s tax. He allowed her to come to Senate chambers last December and witness the passage of the bill, which helps 67,000 spouses. Trump signed it.

The realization that 16 years of work was paying off overwhelmed Hazelgrove.

Her daughter Katelyn, who was just 6 months old when her father died, is now in high school and a top soccer player. She said she never doubted her mother’s resolve.

“She is pretty much straightforward,” she said. “She is scary, but once you get to know her she is a sweetheart.”

Kimberly Hazelgrove plans to use the new benefits, which will be phased in over the next three years and amount to a couple hundred dollars a month, to help her family.

“We always had to ask for help to get the things the kids needed, so now that they are all going to be grown, I can give back and help a little bit more and invest in myself a little bit.”

About her husband, she said: “He absolutely loved his family. He always called home and was there when his kids needed him and always tried to take assignments that wouldn’t take him far away.”

RELATED: It's 2020 and 90,000 Vietnam veterans will finally receive disability benefits

RELATED: Conneaut soldier who died in Georgia training accident to be laid to rest Saturday