Gibson was a plantiff in a lawsuit against Oberlin College, accusing them ruining the family's business by encouraging protests and branding them as racists. 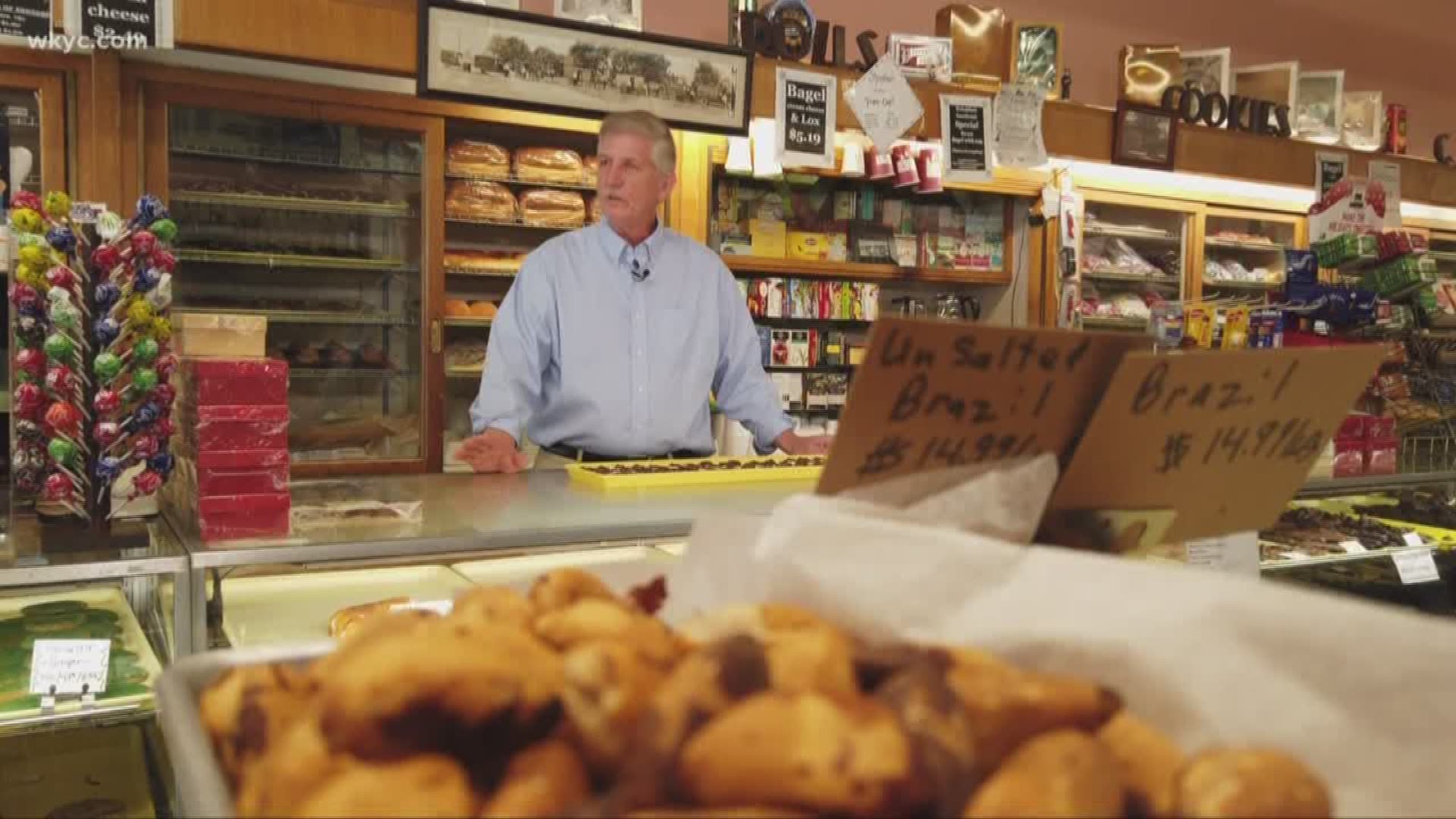 OBERLIN, Ohio — One of the owners of Gibson's Bakery in Oberlin and a plaintiff in a multi-million lawsuit against Oberlin College, has passed away.

Gibson's Bakery announced on its Facebook page that David Gibson died on Saturday morning at home after a battle with pancreatic cancer.

In June of this year, David Gibson, his son Allyn Gibson, and Gibson's Bakery, were awarded $44 million in damages in a lawsuit claiming Oberlin College ruined their business by encouraging protests against them and branding them racists after a 2016 shoplifting incident involving three black students.

One of the students tried to buy alcohol with a fake ID. The student then fled with two bottles of wine. The Gibsons followed the student out of the store, where Allyn Gibson, was assaulted by the student and two other students.

Afterward, dozens of Oberlin College students protested outside the store for two days, claiming the Gibsons routinely targeted blacks. Some college administrators added fuel to the racially-tinged claims by passing out fliers containing claims of years of racism by the Gibson family.

Furthermore, the college added to the claims and, for a period of time, stopped ordering products from the store.

The students later admitted guilt to misdemeanor charges. As a result of the protests, the Gibsons say their business suffered.

The $44 million jury award was cut by a judge to $31.5 million. The attorneys for the Gibsons announced plans to appeal the reduction last month.

In August of 2019, David Gibson announced on Facebook that he had been diagnosed with pancreatic cancer.

"Late last year I was diagnosed with the devastating news that I have pancreatic cancer," Gibson said in the Facebook video. "Once the next round of my treatments begin, I know this will be impossible to hide any longer, so I wanted you to hear it from me. Oberlin College has known about my health condition since February. Their legal team filed a motion to prevent any mention of my cancer diagnosis at the trial and honestly, we agreed because I wanted the jury to decide this case on the facts alone. Nothing else."

According to an October 14 Facebook post, Gibson was admitted to an area hospital 'in very serious condition' and although he was 'fighting valiantly, his path to recovery is not looking good.'

"And even if I’m not able to see the end of this battle, our family has committed to continue serving the Oberlin community just as we have for the past 134 years. So while this journey has been difficult in many ways, I just wanted to say thank you. Thank you for your messages. Thank you for all of your support," David Gibson closed out in his August video message.