"Thank you and I love you"; Elyria High School football team remembers coach killed in fire Tuesday, will honor him at last home game Friday

De'van Bogard died after becoming trapped inside his apartment after a fire broke out overnight Tuesday. 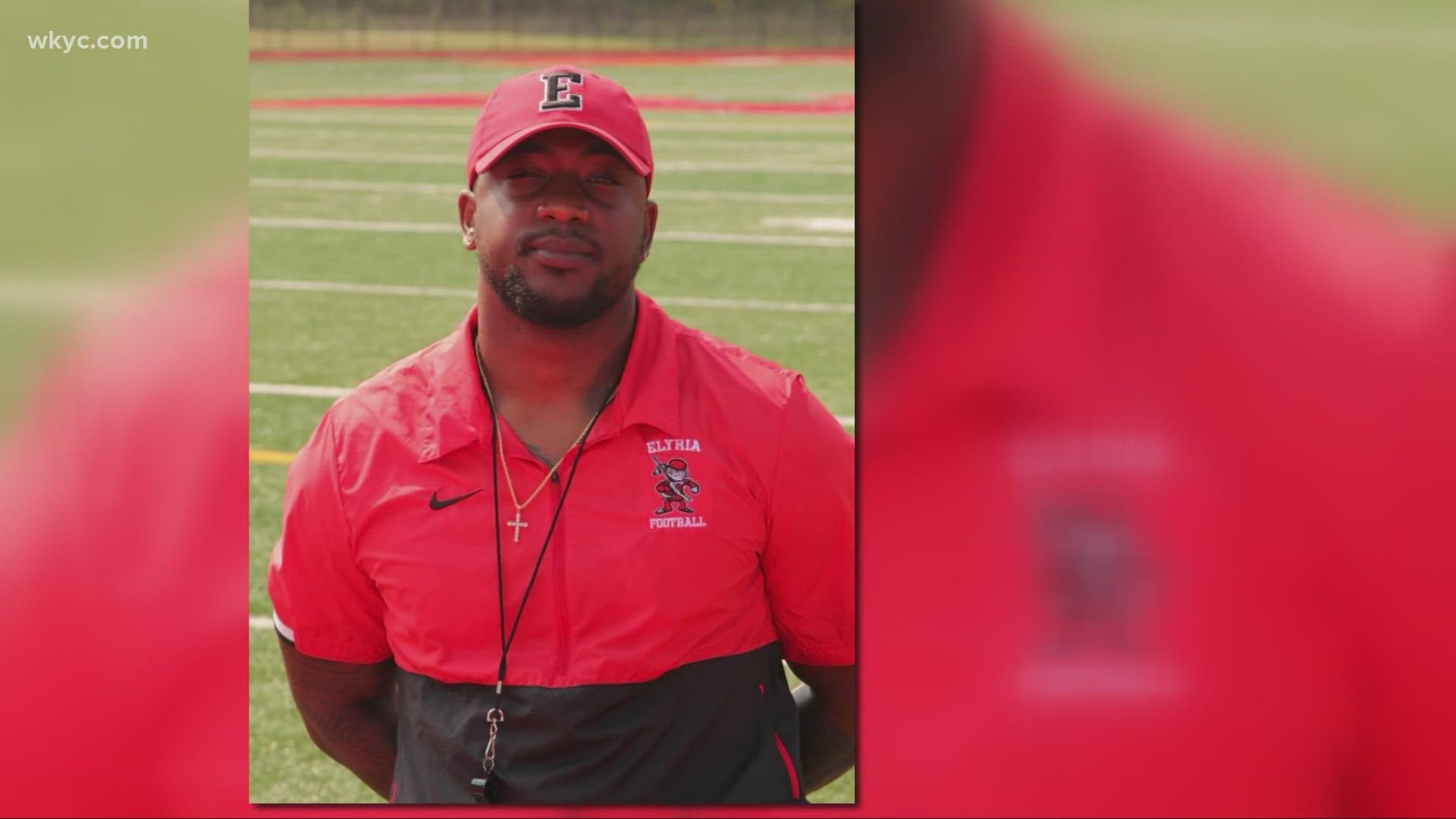 ELYRIA, Ohio — Members of the Elyria High School football team are coming together to remember a beloved coach who died in a fire Tuesday morning.

De’van Bogard, a former player for Ohio State University, was just 27 years old and leaves behind a 5-year-old son.

The young men he coached took the field today to honor him and make a commitment and a promise. All the heart they have is left on the football field for the football team.

“The is our home. This is where the kids feel safe at,” head coach Devlin Culliver said.

Culliver told 3News players were gathered privately to learn about Bogard’s passing, spending the majority of Tuesday together to remember him.

After taking a day off, the team took the practice field for the first time since learning of Bogard’s death.

“The focus was there but the energy was different,” Bogard’s longtime friend and assistant coach Darnell DePriest said.

Practice Wednesday was brought together by determination and a hard string of emotions, the team described.

“With this sudden loss, it's definitely in the back of everyone's mind,” Elyria Wide Receiver, Andrew Palos said.

“They lost a dear coach and somebody who they loved, and they know he loved them,” Culliver said.

Bogard died after becoming trapped inside his top-floor apartment when a fire broke out overnight Tuesday.

“He just has an energy about him that drew the kids to him,” team mom and athletic booster for the football team Rachel Boddy said.

The memories of a coach, a friend, and a mentor discussed between the plays at practice.

“Whether it's me listening to music, I can picture him dancing.,” DePriest said.

Culliver told 3News the team using that energy to make the decision to play in Friday's game.

It’s the team’s last home game of the season and a game that will determine a run in this year’s playoffs.

“That’s what he would want us to do,” Palos said.

“Bogard’s spirit is going to be right there with us,” Johnson said.

Alongside Bogard’s presence, which the team said will never fade away, is the message he left.

“He always preached about it's more than just a game,” Palos said.

“Just thank you and I love you,” Elyria down safety Jayden Boddy said.

Boddy told 3News a special remembrance will be held in honor of Bogard at Friday’s game.

Special photos and decals are being printed for the team, Boddy said.

Fans have been asked to wear red.

Elyria will battle Amherst Steele at home Friday. The game is set to kick off at 7 p.m.

If you would like to contribute to a GoFundMe for Bogard's funeral expenses, click here. NOTE: the funds raised by the GoFundMe associated with this story are not verified or endorsed by WKYC.