‘It’s not right’: Family, community speaks out about Elyria police officer's use of force; Calls for reform, body cams 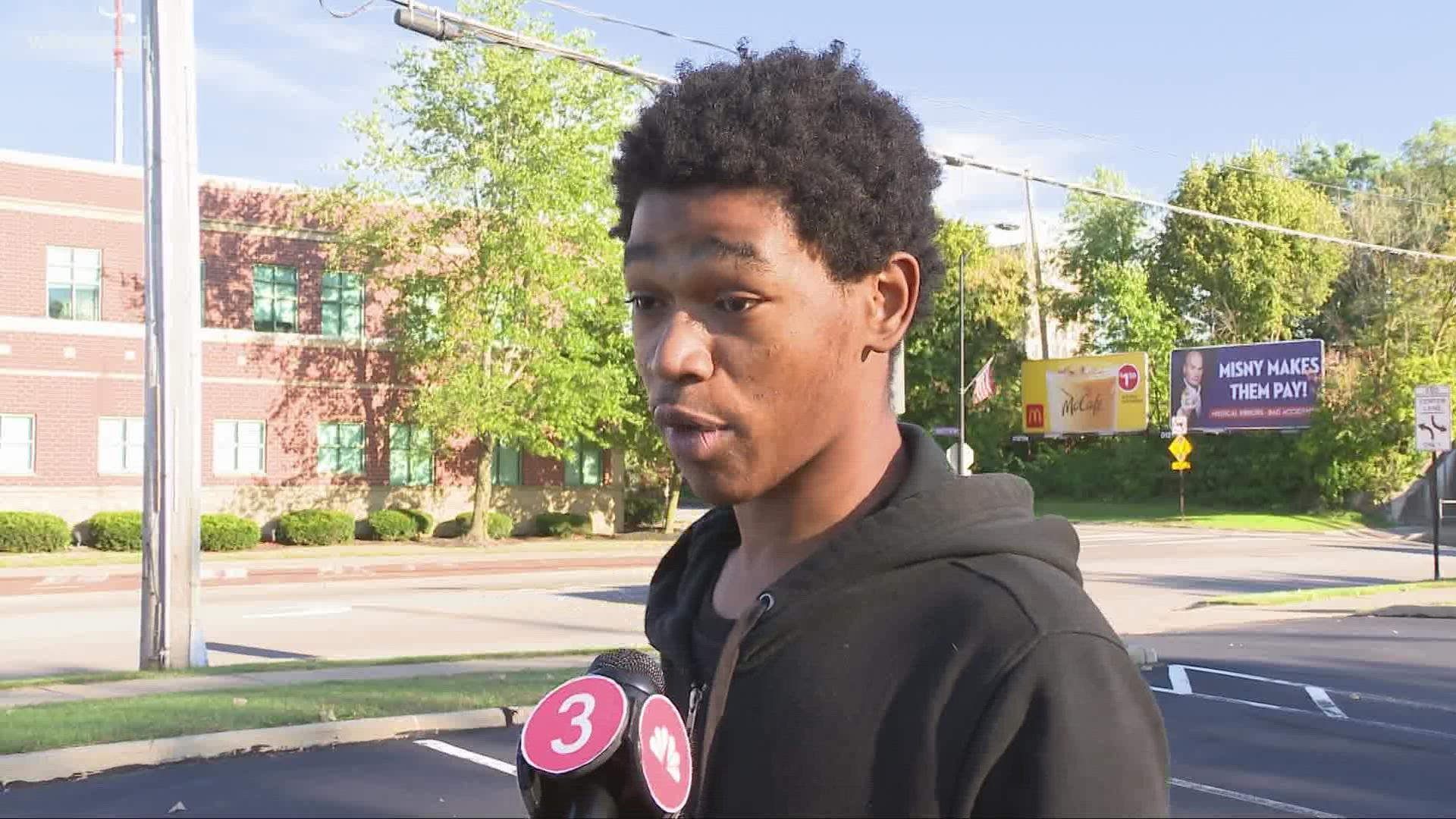 ELYRIA, Ohio — Editor's note: An earlier version of this article said that the police officer involved in the incident is on "unpaid leave."

An Elyria police officer remains on paid leave this evening after being involved in what is being called a “violent interaction” with a suspect.

The suspect was 18-year-old Markese White whose head was slammed on the concrete during an arrest, a bystander video shows.

“It just brings tears to my eyes, i just want to cry because it’s not right,” Chantra Rucker said.

According to a report, Elyria police responded to a domestic violence call against White. Rucker told 3News she approached police and told them she wanted to help police resolve the issue.

“I said 'he’s mentally unstable, let me walk down there, if you guys are going to arrest him and he will cooperate,'” Rucker said. “I was just all done after that. I was talking to them as well, like what are y’all doing?”

In the bystander video shared with 3News, the officer can be seen slamming White’s head against the pavement.

“I feel like you took it out on my kid, that’s what I feel like,” Rucker said. “For people to know that you call the police for help and you do that to somebody.”

White’s cousin, who has asked to remain anonymous. revealed more about the officer’s use of force.

“You see this going on every day now and it’s just uncalled for. Soon, it’s going to turn into people not trusting them anymore,” she told 3News.

The Chief of Elyria police, Duane Whitley, asked the Lorain County Prosecutor’s office to investigate the incident in a statement

Community members who don’t even know the family personally, like Nicole O’Neal, are taking steps to speak out against use of force

O’Neal organized the Stand-Up Rally, fighting for justice, reform and for body cameras, which the Lorain Police Department currently doesn’t have.

Whitley told 3News the department is researching body cams, in hopes to purchase them in 2022.

“I don’t want another family to be scared to call for help if their child is experiencing a mental health episode,” O’Neal said. “They might think that might be the same outcome.”

White’s mother said Whitley did reach out to her directly to apologize and send his condolences.