The chair will remain empty, representing prisoners of war or military members missing in action. 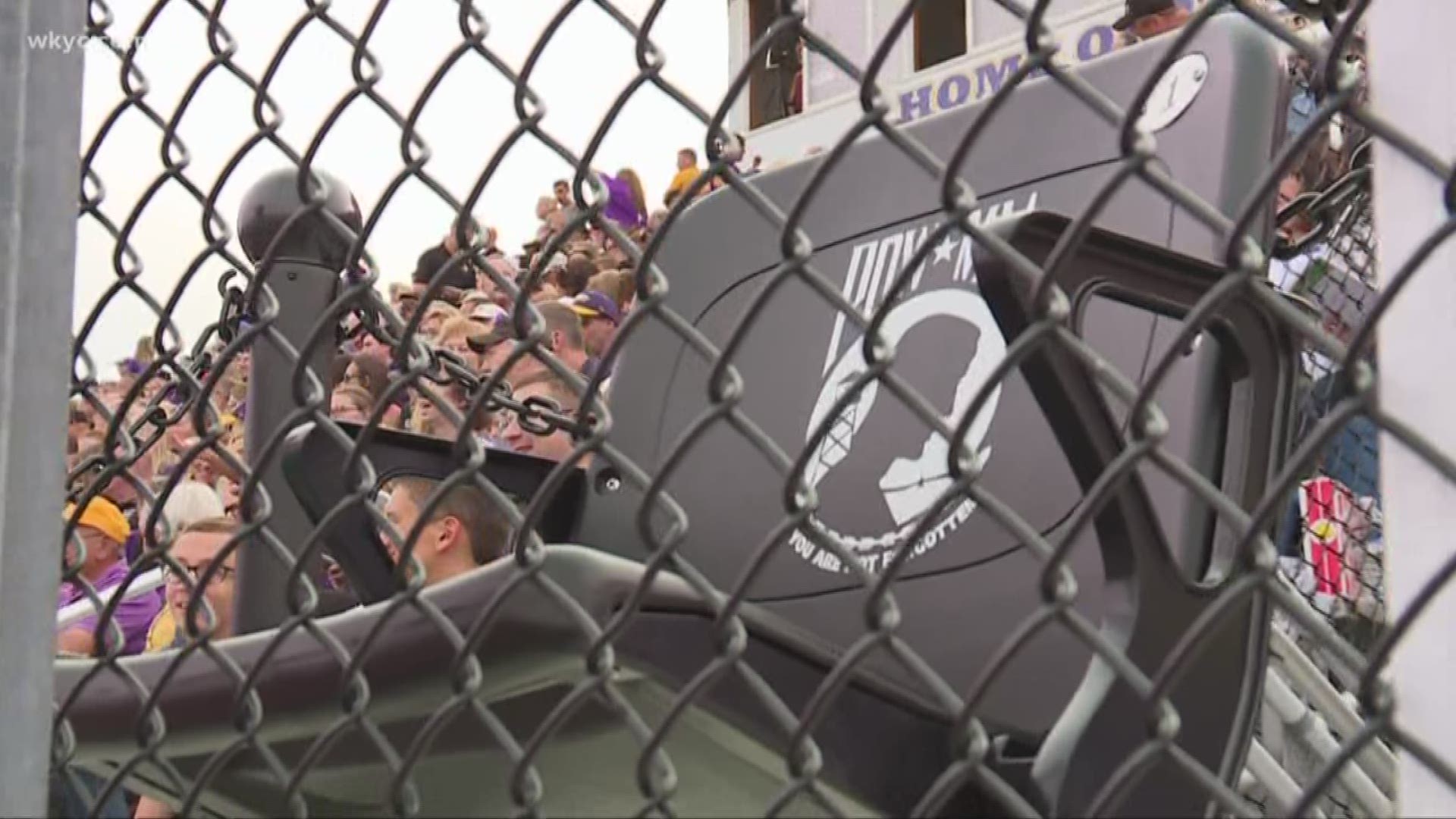 AVON, Ohio — In a high school football rivalry game between Avon and Avon Lake, nearly every seat of the stadium was filled—except one.

A dedication ceremony was held for one single, empty chair at Joe Firment Chevrolet Stadium in Avon, siting across the 40-yard line.

"It brings tears to my eyes, because that could be representing me," said veteran Mike Khoma with the VFW Post 7035 in Avon.

It’s a chair that will stay empty, representing prisoners of war or military members missing in action. Avon's chair was put in place by the American Legion Avon Lake Post 211 and the VFW Post 7035 in Avon.

Defense POW/MIA Accounting Agency > Our Missing > Past Conflicts
The Defense POW/MIA Accounting Agency's mission is to provide the fullest possible accounting for our missing personnel from past conflicts to their families and the nation. See a map overview of missing personnel from World War II (WWII), the Korean War, the Vietnam War, the Cold War, the Gulf Wars, and other recent conflicts.

Friday's ceremony was marked by a moment of silence, a 21-gun salute, and the playing of Taps. It was a moment of reflection to honor those who are unable to fill the seat.

"We don’t want chairs just in Lorain County, we want them around the country, so everyone can appreciate what those veterans did for us," said veteran Ric Rada with the American Legion Post 211.

The chairs, supplied by Hussey Seating, are in place at football stadiums in Firestone, Brookside and Amherst high schools, joining more than 500 chairs that have been put in stadiums and other locations across the country, according to the local veteran groups.